Instead of going to the crusher, this car donates its life in the name of science and YouTube videos. 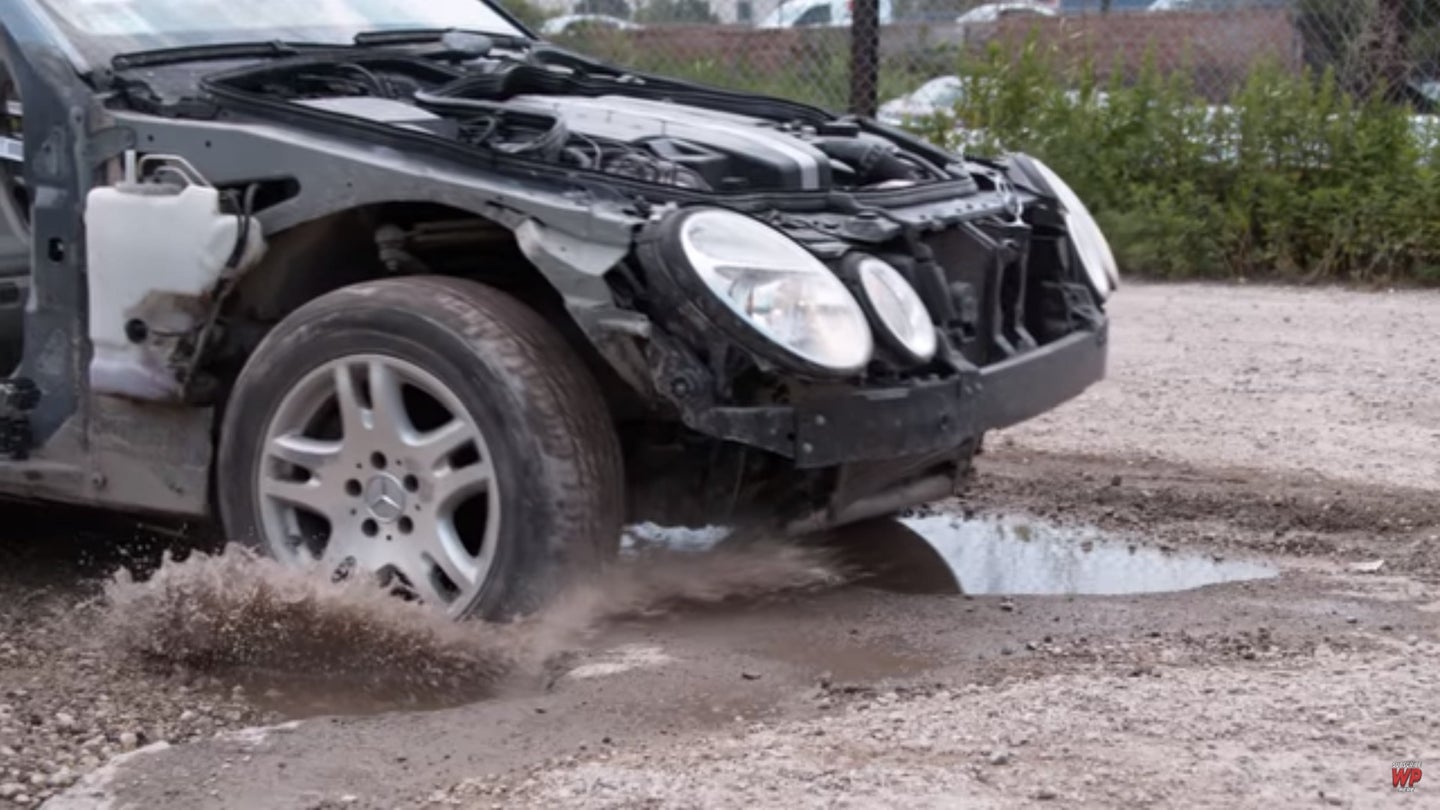 One of the best ways to see how something works is to take it apart. Ask me anything about how the back half of a 1999-2005 Volkswagen Jetta is assembled and I can tell you because I dismantled one to build a Smyth Ute. YouTube channel Warped Perception does similar things and adds a high-speed camera to capture how things work in super slow motion.

One of the latest project from Warped Perception is based on a third-generation Mercedes E-Class that was already doomed for the crusher. He dismantles it far more than I took apart my Jetta to build the Ute in order to expose the car's inner workings to demonstrate how they function. This is a view we rarely get because the rest of the car is in the way, but once you cut up and remove body panels, your view is vastly improved.

Many commenters were upset that this Mercedes was destroyed in this manner rather than parted out and recycled.

"Due to legal reasons, it could not be parted or sold," says a comment on the video from the creator. "I intervened and used the car for something else. Additionally, once we're done filming all the episodes, this car is going to the Museum of Industry. It's going to be used to show kids all of the components on the car and how they work together."

In this, the first video of the series, he strips the car, makes some repairs, then drives through some of the worst potholes Chicago has to offer. The cameras roll, including the high-speed camera, to show how the suspension takes the abuse the best it can.

Unfortunately not too much is visible. In the front, you can see the control arms move and the spring compress before the tire violently impacts the body on a nine-inch tall pothole. The quarter panel covers the rear suspension, so not much suspension movement is visible. But as the back wheel suffers the same impact, you can actually see the tire lose contact with the ground momentarily, despite the suspension doing the best it can to absorb the bump. This causes a loss of traction, which could have disastrous results at higher speeds or in a turn.

He then takes the car over a jump, which demonstrates the suspension at full droop. The front of the car kicks up some dirt as well upon launch, and with no bodywork, this visibly damages the air conditioning condenser. The landing is not visible, which is unfortunate because it was severe enough to bend the subframe and radiator support.

This video is a much more clear demonstration of how a suspension system works under normal driving conditions. While the nose dives under braking and the "car" leans to one side in a turn, the suspension keeps the tires in constant contact with the road, and with as little change in camber (the tire's angle relative to the ground) as possible regardless of what the car is doing. You can also see the tires squish under particularly hard compression, which is why sometimes the tire is actually considered one component of your suspension system.

We look forward to seeing what other torture tests Warped Perception has in mind for its poor Mercedes E-Class.