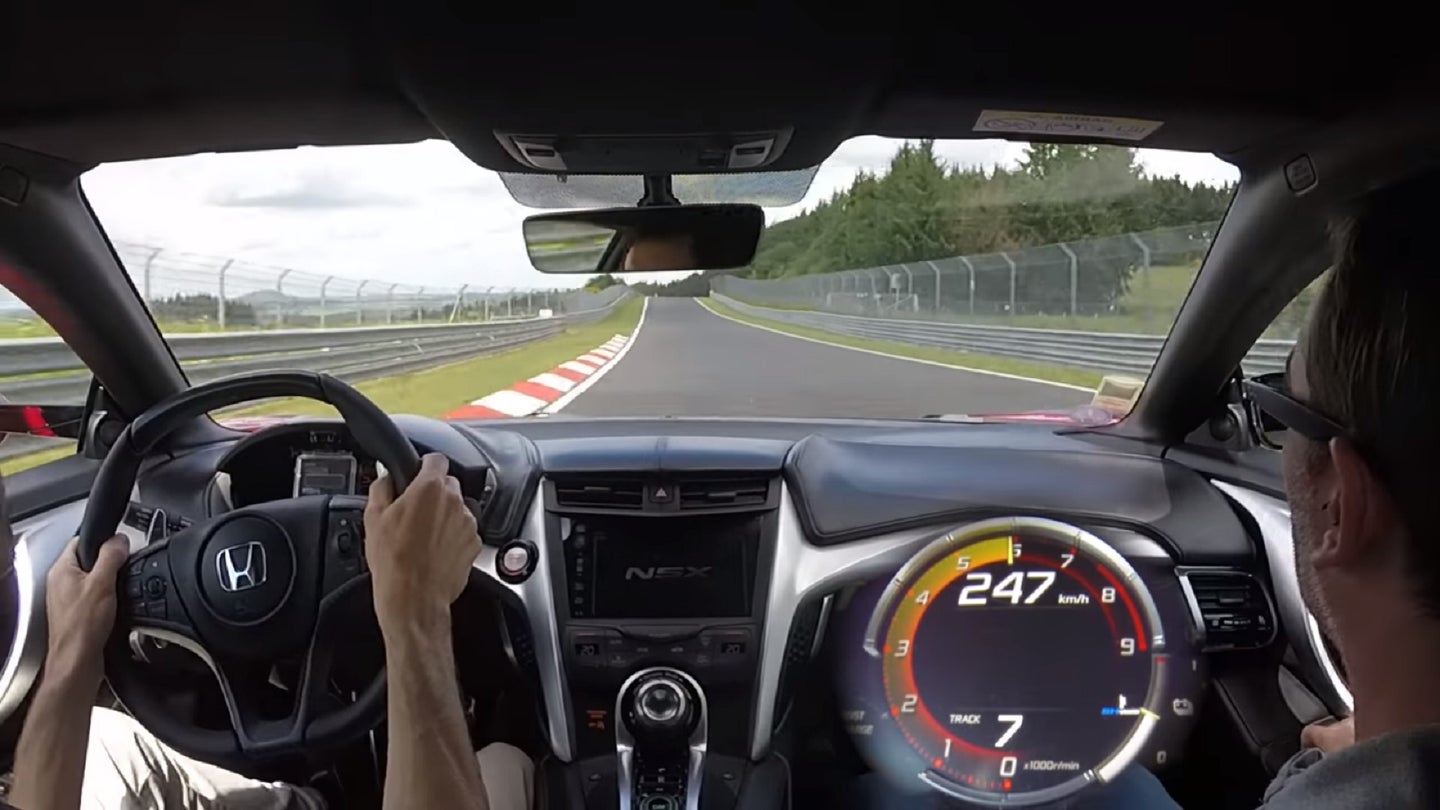 Finally, the Acura NSX is here. We know it'll make the donuts, but how does the new NSX work in its natural habitat - the race track? We drove it last year, but this in-car video may give us our best look yet.

This was shot at an open track day last month, according to the video description. Any lap times based on the video would be meaningless due to the amount of slower traffic on the track, which includes... well, everyone. Not a single car gets past the NSX during its lap, while it passes most other cars like they're standing still. The speedometer registers a top speed of 249 kilometers per hour, which is nearly 155 miles per hour. There's no tire squeal and no visible body roll, just speed. It sounds much like the earlier NSXs I've driven, which is interesting because the new car's hybrid twin-turbo 3.5-liter V6 engine has very little in common with the old car. The engine temperature doesn't even budge from the hard driving, and the brakes have no problem hauling the car down to lower speeds for the yellow flags at the end of the run.

Some of the cars the NSX passes are rather nifty as well. In addition to swarms of BMWs and hatchbacks, we can briefly see an Audi R8, a classic Alfa Romeo, a Subaru BRZ that wisely stays out of the way, and even a Volkswagen Caddy, which, unlike the old pickup, is a similar shape and size as the Ford Transit Connect. Even a motorcycle can't fend off the fearsome attack of the NSX.

Like the original NSX, this car may not have a high-end brand name from Italy, but it certainly seems to have the performance to match them.