Apparently, this Acura runs on Dunkin'. 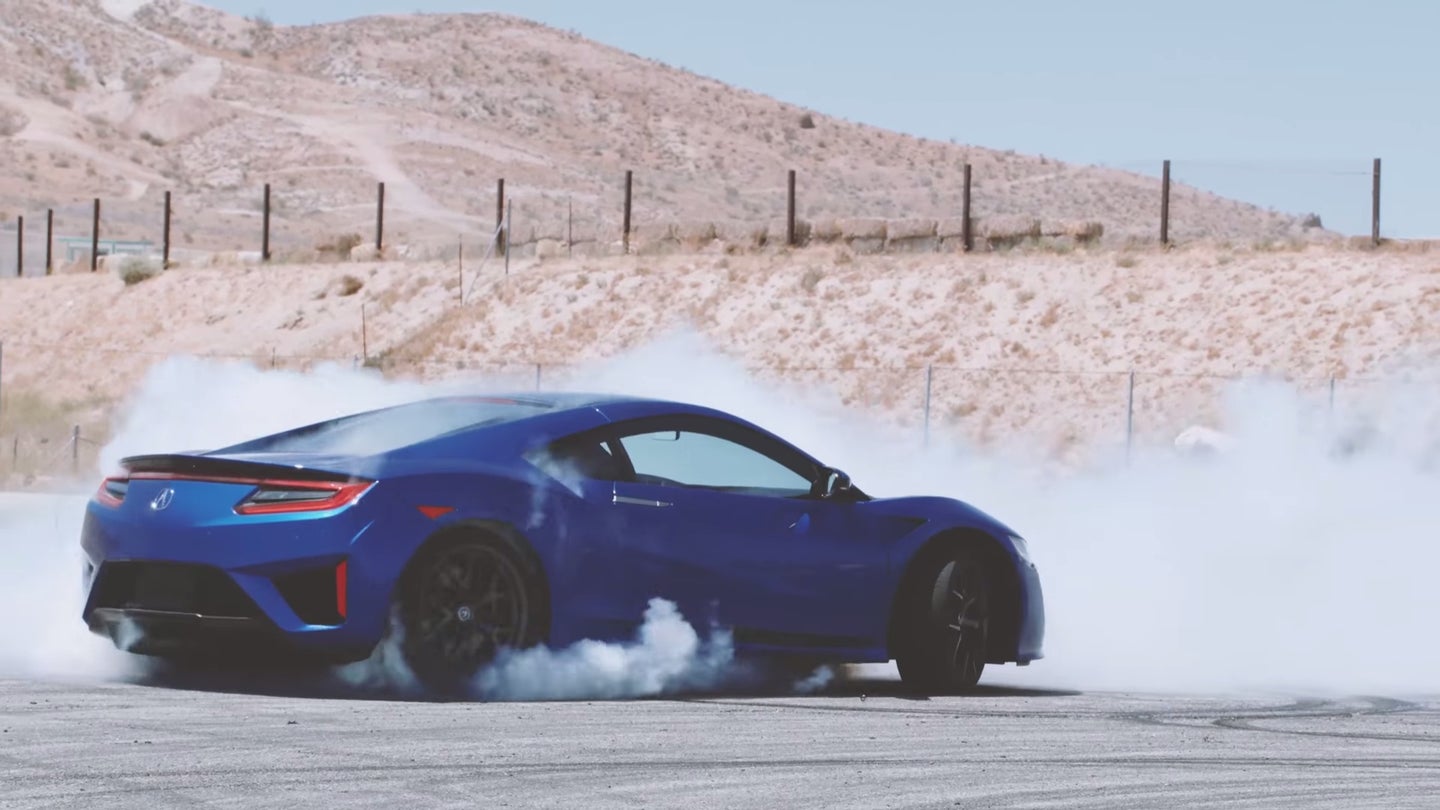 With its all-wheel-drive, hybrid powertrain, Japanese economy car switchgear, and a relatively logical and generally subdued way of going about things, you'd be forgiven for assuming that the new Acura NSX is a bit lacking in the charisma and flamboyance departments. If its spec sheet were a resume, it would be that of a middling Fortune 500 tech executive—accomplished, for sure, but not all that sexy or exciting.

However, as the owner of a slow-as-hell Toyota 86, I'm a staunch believer that cars are driven on tarmac, not paper, and judging from this NSX's behavior on the blacktop, one might have to reevaluate their prejudices towards Honda's latest supercar.

The aptly-named video architects at Donut Media got a hold of a blue Acura NSX, British IMSA racing driver Katherine Legge, and an inclination to incinerate some rubber. Legge claims that this is to make up for not getting to do any celebratory donuts after winning at Detroit's Belle Isle in her NSX GT3 earlier this month. However, we suspect that this blue NSX's tires wouldn't have lived a very long life even if she had.