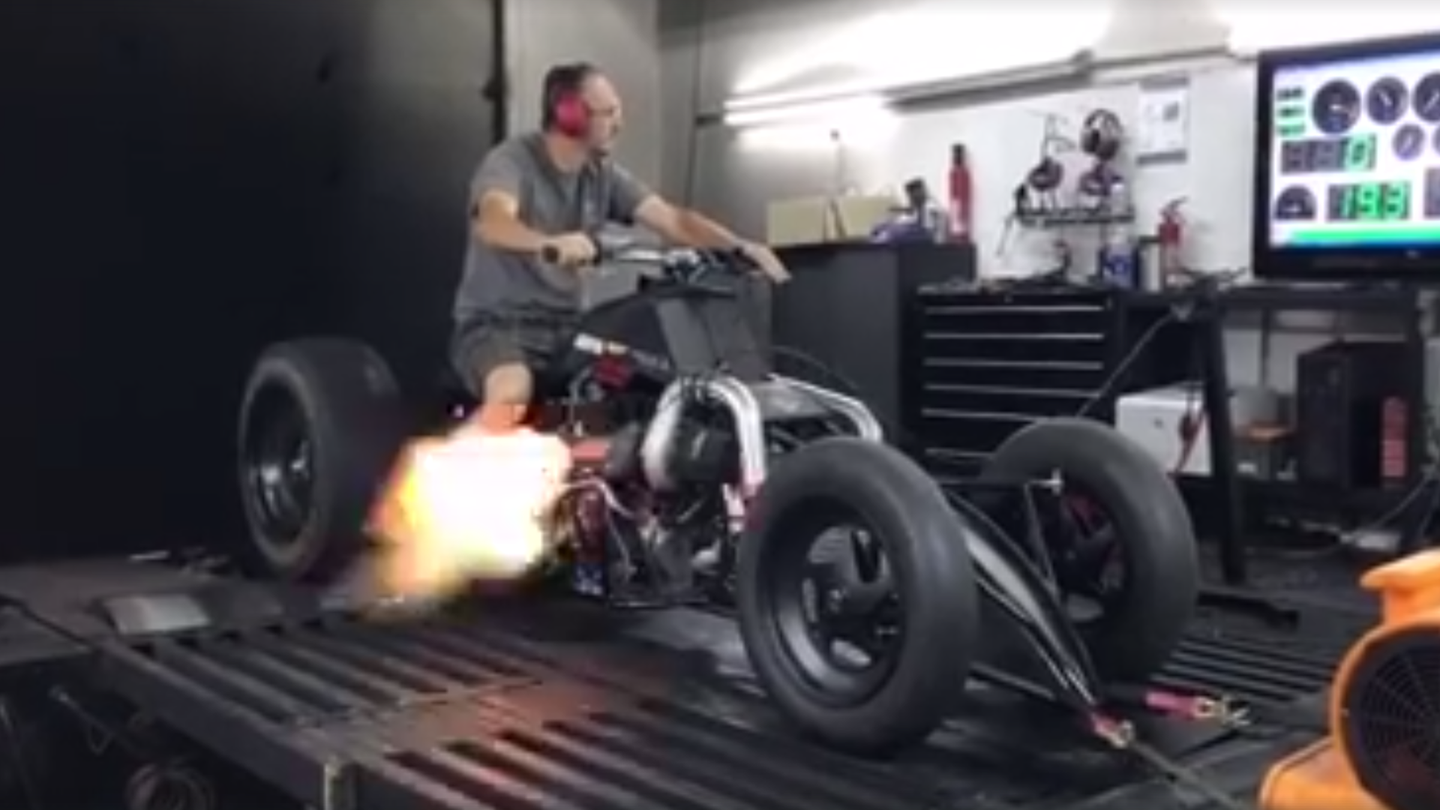 You know the old saying: if you build it, they will drag race. Welcome to the incredibly dangerous, incredibly badass world of ATV drag racing, where highly-modified quads go head to head to see who's fastest on both sand and pavement. And to reach those ludicrous speeds, you need an equally-ludicrous powerplant.

Like with cars, quad drag racing follows a basic formula, with lots of room for interpretation: a big engine (motorcycle or snowmobile preferred), a stripped frame, and drag tires. Other than that, there's practically an endless variety of builds, from stock-ish looking machines that retain some of the bodywork from the donor ATV, to this turbo Hayabusa-powered bruiser that looks like something Batman would have ridden in Christopher Nolan's The Dark Knight trilogy.

So yes, this example in particular is noteworthy for rocking an inline-four engine out of a Suzuki Hayabusa—once the fastest production bike on the planet—but Morris and the guys and English Racing didn't stop there. Ahead of this dyno run, they added a MoTeC M130 ECU and "drag package" that includes an auto-shift feature to speed things up even more. Unfortunately we don't get an official horsepower reading as it absolutely screams on the dyno, but the fire shooting out with each gear shift more than makes up for the lack of hard numbers.

One thing's for sure, though. With such a stripped-down package, the power-to-weight ratio here definitely exceeds that of many drag-built cars.

As a bonus, here's what appears the be the same quad rocketing down a sand strip a few years ago. Watch how fast it gets off the line, and just imagine how much quicker it would be on asphalt with a pair of proper drag slicks:

It had to be factory-tested on a setup originally designed for NASCAR engines.

They just wanted to do redneck stuff with their friends.