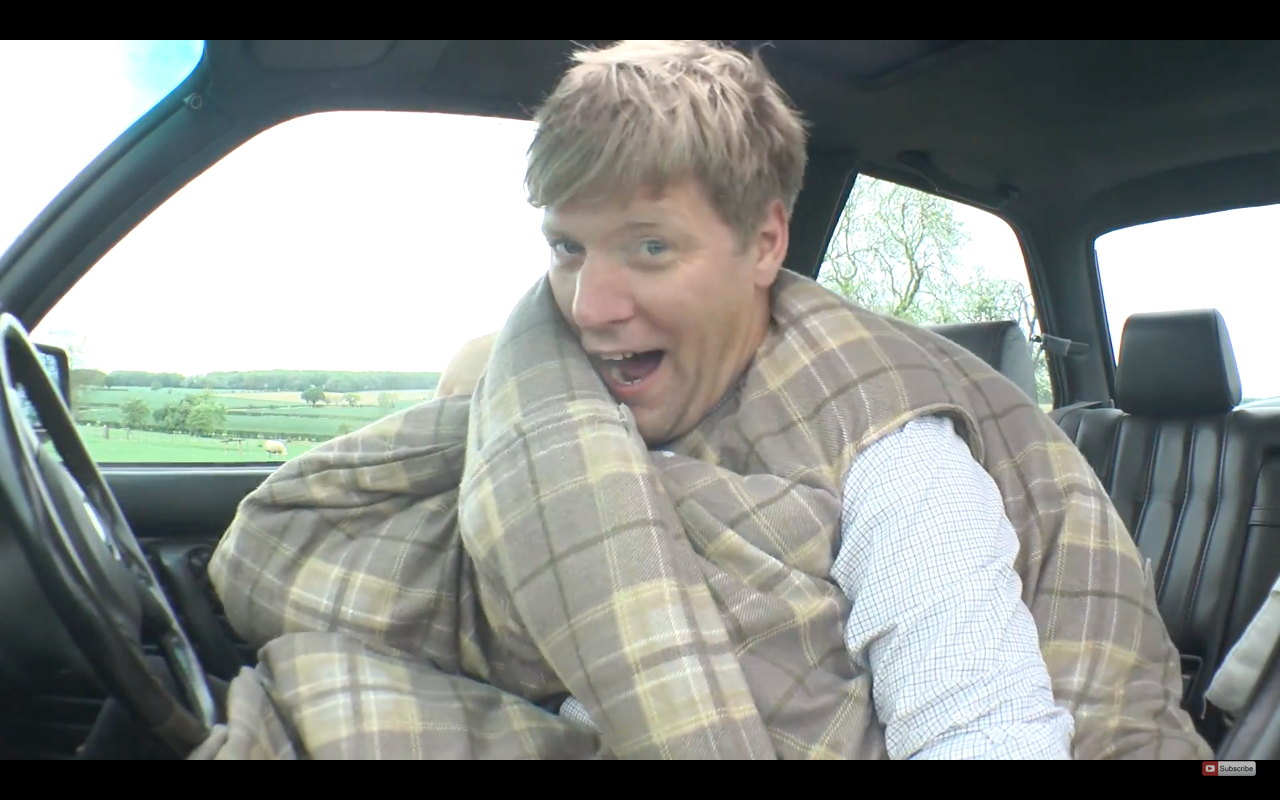 Everyone's favorite YouTube-engineer-who's-not-an-actual-engineer, Colin Furze, has uploaded a new video, this time modifying his own BMW. Responsible for terrifying concoctions like the world's fastest bumper car, made for BBC's Top Gear and clocked at 100 miles per hour, and a hoverbike almost too petrifying to leave the ground, Colin Furze has made a name for himself with his zany, home-built, and actually functional contraptions. While his new invention required no welding, fabrication, or even tools more complicated than scissors and a needle, it nevertheless may change the lives of, well, those who sleep in their driver's seat. So, not that many people, but it has come to the point where he could design something as mundane as his own take on Candyland and we'd still watch it, if only to see someone as excited about life as Colin Furze.

The item he has designed is what he calls a "carvet," a duvet reworked to fit over your driver's seat. For those not familiar with a duvet, it's a piece of bedding similar to, but not quite identical to a comforter; it's an insulating pad, sometimes with a removable cover for cleaning, and is often thicker than a comforter.

With a few snips and stitches in the right spots, Colin Furze converted a duvet into a piece of automotive warm wear. Complete with holes meant for one's head, arms, steering wheel, and shifter, it can almost be used while the car is in motion. Were it not for the fact that the gauges are not visible, it could conceivably used while driving in extra-cold weather. Because it even drapes over the cabin vents, it can trap warm or cold air blown into the cabin.

How neat is that? Nobody would buy one, obviously, as it'd need a plastic window for the gauges—but it's always fun to watch Colin Furze come up with something new and admirably useless.