The classic cars, presumably, were happy to return the favor. 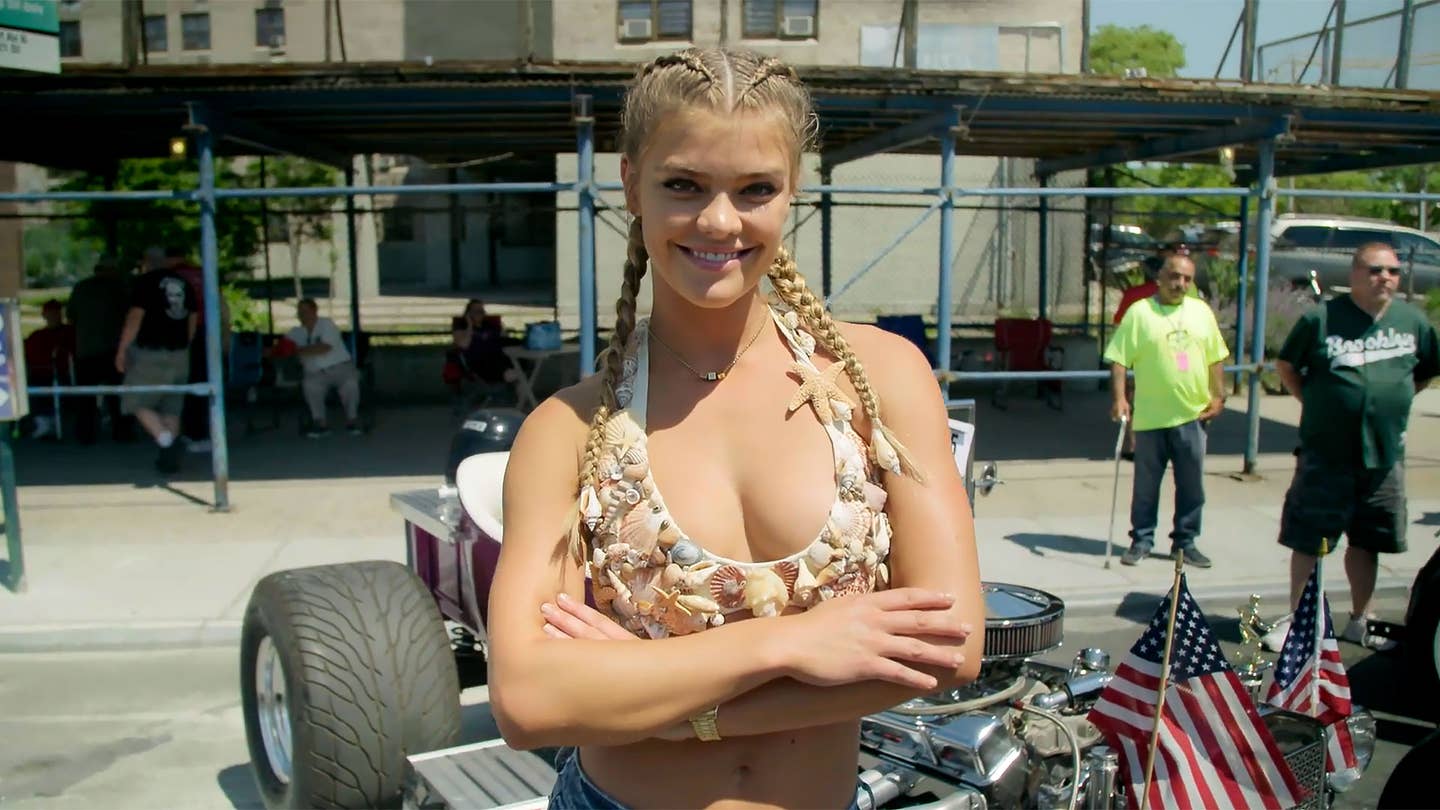 Every year at the start of summer, Coney Island's annual Mermaid Parade brings a flood of floats, costumed parade-goers, swimsuit-clad women, and a whole bunch of vintage cars to the Brooklyn seashore. This year, however, our friends at Sports Illustrated sent supermodel Nina Agdal to check out the hot rods on display.

SI followed Agdal around the streets of Coney Island with a video camera as she talked with the owners of several class hot-rods and modern muscle cars people brought out for this year's Mermaid Parade. The clip depicts a good number of impressive pieces of sheet metal: several elaborately built-out early American hot-rods, a 1966 Cadillac Eldorado, and even an early 1990s-era C4 Corvette with a shark mouth decal wrapped on the front. Add in a couple old pickup trucks, and you'd have almost the exact breadth of cars a tourist might expect to see when coming to America for the very first time.

This year's parade, which took place on June 18th (how the heck did we forget about this?), was the 34th annual running of the event. Agdal was not the only supermodel in attendance; SI cover girl Hailey Clauson served as Coney Island's "Queen Mermaid" for the Mermaid Parade. But while Clauson may have had the starring role, Agdal is the lovely lady who captured our hearts by showing us around the event's cars. Check it out by heading over to Sports Illustrated and watching Agdal play car show host.

In case you aren't familiar with her, Agdal is a Dutch model who has also had her fair share of spreads in Sports Illustrated. Aside from showing off the best machines in Coney Island, Agdal has recently been in the news for her reported relationship with Leonardo DiCaprio. But that's none of our business...