The recall rolls on as GM hustles to make things right with customers. 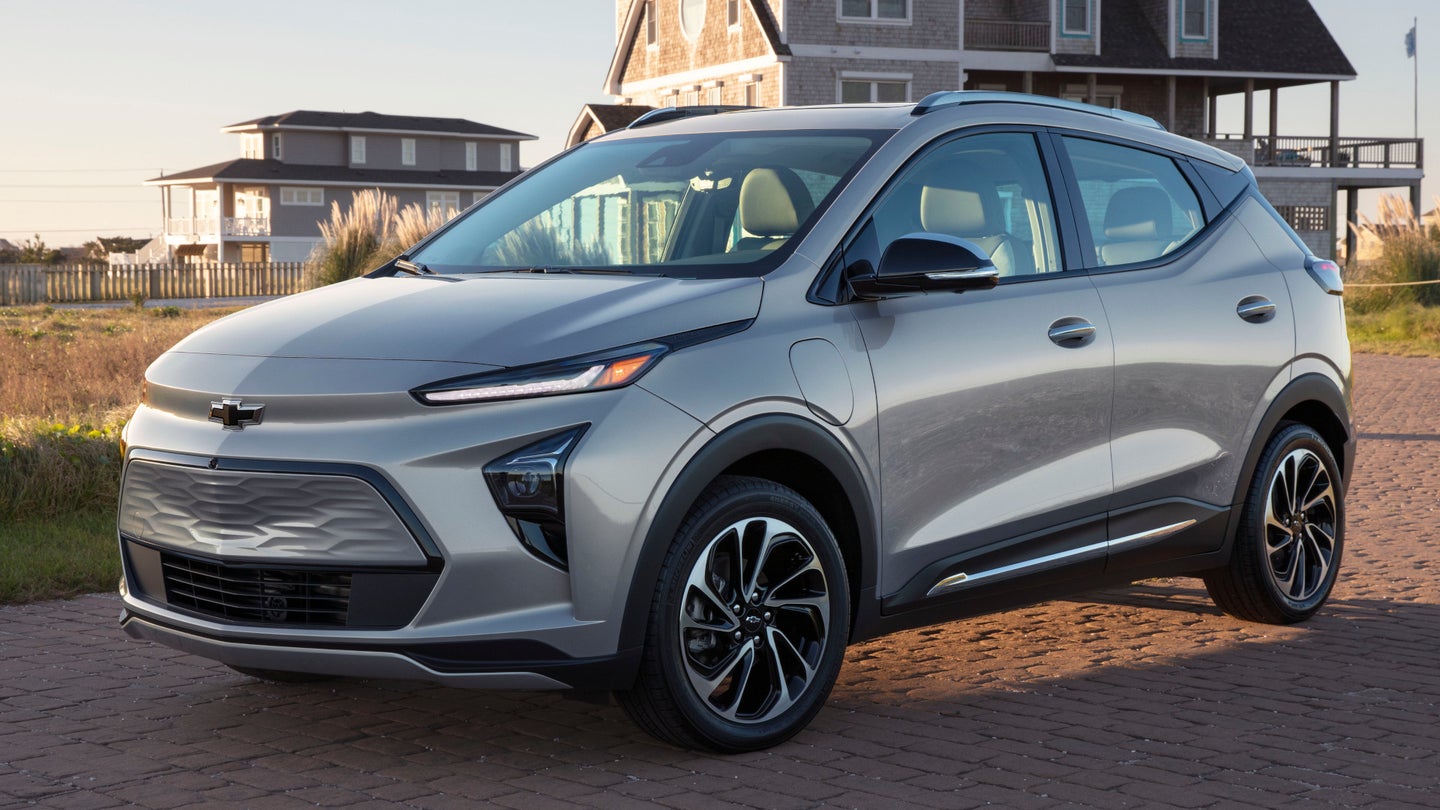 The Chevrolet Bolt battery fire issues remain an ongoing concern for GM, with the company dealing with a glut of recall repairs. General Motors confirmed on Thursday that Bolt production at the Orion Assembly plant will remain shut down for the rest of 2021, reports Detroit News.

“GM has notified employees at Orion Assembly the plant will take downtime for the remainder of the 2021 calendar year," said GM spokesperson Dan Flores, adding that "This decision will enable us to continue prioritizing recall repairs." The company indicated that employees will be notified of schedules regarding production restarting in early 2022. In the meantime, GM is busy focusing on battery module replacements for existing vehicles.

Production at Orion Assembly was stopped on August 23, days after GM announced it would recall every single Bolt built for the 2019-2022 model years. A short two-week restart occurred in November, with GM building replacement vehicles for use by customers affected by the recall. Afterwards, the factory again ceased production on November 15.

If there's one thing that's gone GM's way in this whole debacle, it's that supplier LG have agreed to pay up for supplying the defective batteries. The battery manufacturer will pay GM $1.9 billion to cover the costs of the recall effort, something which gave GM's earnings a sizeable bump in the third quarter.

The Bolt battery fires were caused due to defective cells, built with torn anode tabs and folded separator material inside. This can cause excessive heating or internal short circuits, which can quickly send the cells into thermal runaway, causing them to flare up and even explode.

In a note to employees made available to Detroit News, director of the Orion Assembly Plant Rueben Jones stated that "Beyond 2021, our production schedule continues to be dictated by what is needed to help the customers affected by the recall, as opposed to filling orders for new vehicles."

It's clear that GM still has plenty of work to do. With over 140,000 cars recalled due to defective batteries, the company has its work cut out repairing recalled vehicles by installing replacement battery modules. Given that even next year, production will be focusing on helping existing customers, it could be some time before we see fresh new Chevrolet Bolts rolling on to the dealership floor.