It takes a lot to overdo a lowrider, but it’s possible. 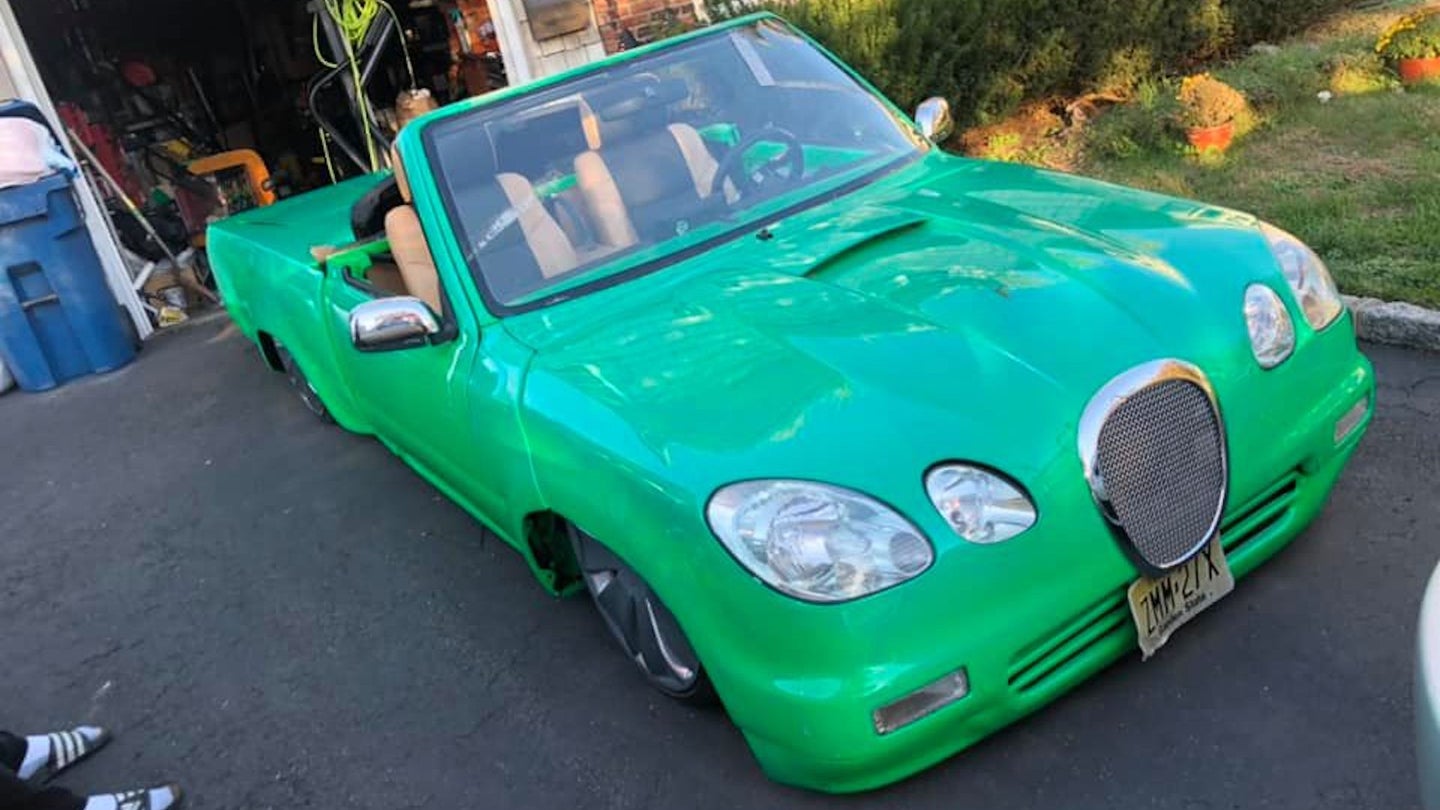 You don't buy a lowrider for its simplicity but, even then, it's possible to go over the top when building one. If hydraulic suspension and train horns aren't enough, then why not cut the roof off and make the hood flip forward? This 1989 Toyota truck for sale has all that, along with enough borrowed parts from other cars to make it especially extra.

Posted to Facebook Marketplace under the Tacoma name, which Toyota didn't use until 1995, this pickup is a hacked-up, highly customized lowrider that's extremely out there, even for the proud culture that keeps kids out of gangs. Thrown together is a mix of Jaguar S-Type, Lexus GS, and Toyota Celica parts, making this truck completely unrecognizable as a Toyota, never mind a once-simple workhorse.

Aft of the highly questionable front end is 2002's hottest mod, scissor doors, which have had most (but not all) of their window frames Sawzall'd away to fit a convertible top. This top folds away by tilting up the filled-in bed, which briefly make the truck look like its frame has broken from being overloaded. In all fairness, it's likely this truck's frame is in prime condition; its seller claims some sort of reinforcement and reports an odometer reading of just 40,000 miles.

For all its flaws, this Toyota Pickup might be worth saving in light of that. Given what's happened to the prices of historic pickup trucks as of late, the bones of this truck and its costly hydraulics may indeed be worth paying top dollar—if you can figure out how many bills to count out. Though listed at $1,000 on Facebook Marketplace, there's a "10 k" figure crammed near the top of the listing. Going by prices for used Toyota trucks, we'd hazard a guess the seller missed a zero in the list price. Whatever the case, here's hoping that Pontiac Fiero peeping in the background doesn't meet the same fate as some shameful kit car.

Some small equipment upgrades, a new color, and two special editions round out Toyota’s changes for the 2021 Tacoma.