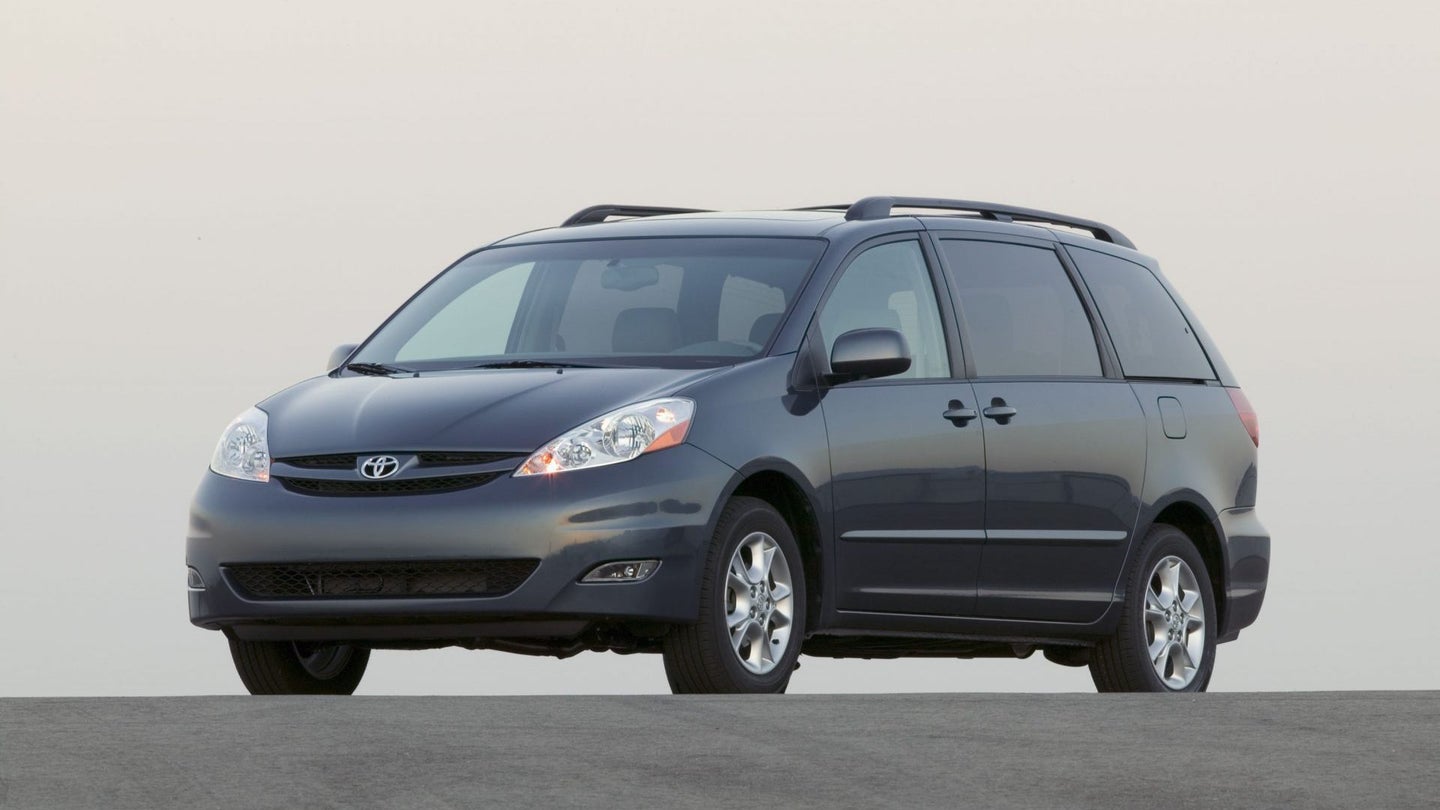 Toyota has announced a recall of approximately 310,000 Sienna minivans from model years 2005-2007, 2009, and 2010. That's all model years from the van's second-generation save for 2004 and 2008, for some reason. Are Toyota's shifter assembly people extra diligent during Summer Olympic years? Anywho, the company says that grease inside of the automatic shift lever could leak out onto other components, causing a malfunction. Affected Siennas are at risk of being shifted out of "Park" while the brakes are off. This could cause the Toyota minivan to roll if on a hill.

As par for the course, Toyota will replace all of the affected cars' shift lock solenoids and regrease, free of charge. All owners of affected Siennas can expect to be notified via snail mail before mid-December.

Concerned Sienna owners can go to Toyota's official recall page and enter their vehicle identification number to check whether their particular minivan is eligible for a new shift lock solenoid. NHTSA also lets you input the VIN of any vehicle to check if it's part of a recall. Toyota customer service can be reached at 1-800-331-4331.