Kandi, America’s Cheapest EV Startup, Accused of Faking Sales to Get $160M in US Investment 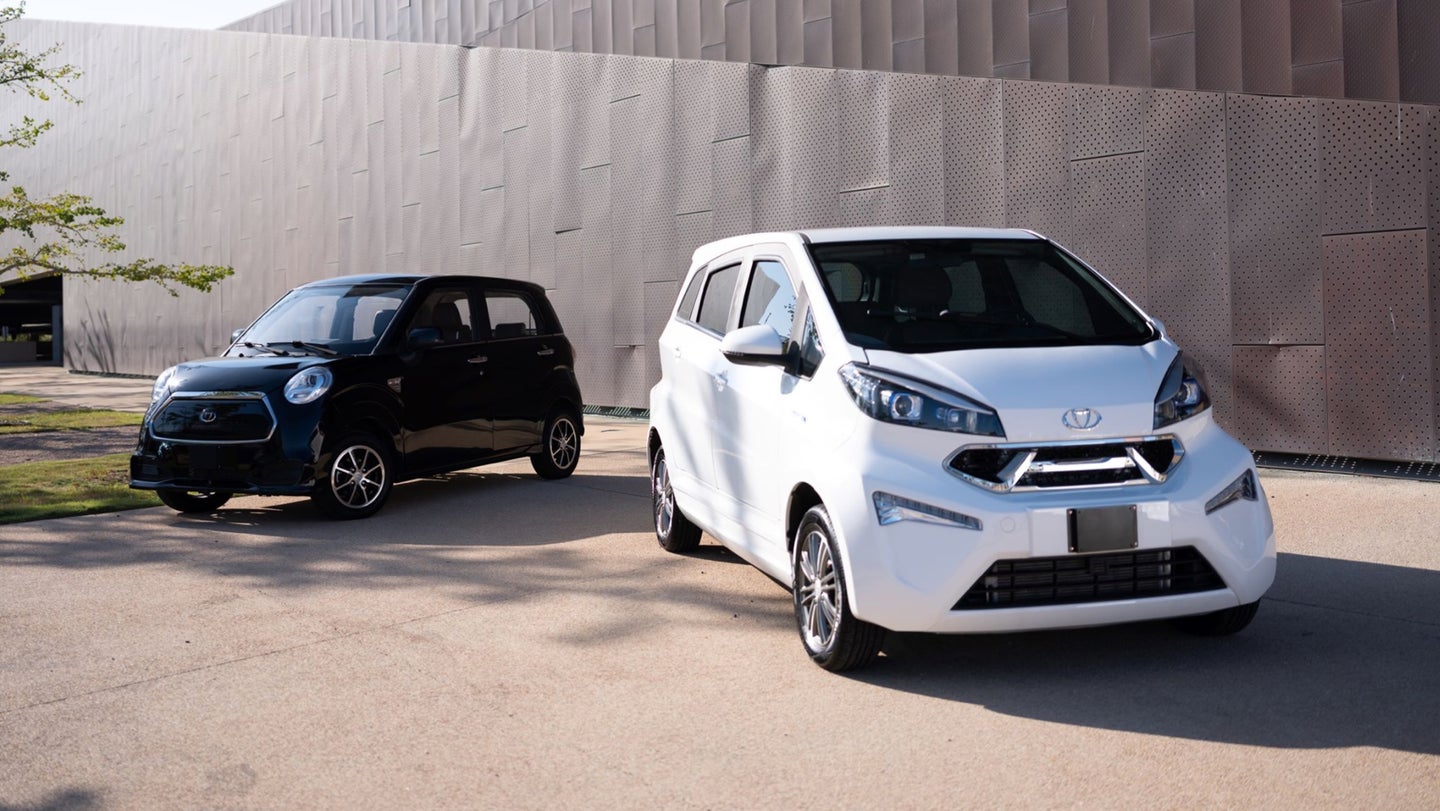 Chinese electric vehicle startup Kandi Technologies Group may be best known for building that wacky little car seen in Tiger King, or its announcement of the cheapest EV in America, the K27. However, according to new allegations by financial research firm Hindenburg Research, Kandi attracted a whopping $160 million in U.S. investment in the past month and a market capitalization of over $1 billion not just by riding the "next Tesla"-style EV hype train, but by falsifying more than half its sales.

"All told, we think Kandi has engaged in a major fake revenue scheme, hyping its story to U.S. investors, in order to take advantage of regulatory gaps enabling China-based companies to siphon cash from U.S. capital markets with impunity," Hindenburg wrote.

If the name Hindenburg Research sounds familiar, it should. It's the short-seller financial research firm that released a damning report on hydrogen and EV truck startup Nikola Motors this fall that also alleged widespread fraud. That report was followed by a plummeting valuation, the eventual departure of Nikola's CEO, and yesterday, news of a drastically downsized deal with General Motors.

It's worth treating their allegations with some skepticism given that they admit to taking a short position on Kandi stock, as they did with Nikola. But that last report nearly led to Nikola's undoing, so this new research may similarly throw Kandi's future into doubt—even if only in the eyes of investors. Reuters reports shares of Kandi fell more than 19 percent on Monday following Hindenburg's report.

Hindenburg Research alleges almost 64 percent of Kandi's sales over the past 12 months have been to undisclosed parties with some relation to Kandi themselves. Per the report, roughly 55 percent of Kandi's last-12-month sales went to Jinhua Chaoneng Automobile Sales, which shares an executive with Kandi and a phone number with a Kandi subsidiary.

The remaining roughly 9 percent of Kandi's undisclosed-party sales over the past 12 months went to Zhejiang Kuke Sports Technology Co., which used to be wholly owned by Kandi and still has the Kandi logo on its website.

The Drive reached out to Kandi for comment on these allegations Monday evening and will update this story if we hear back.

"Hindenburg Research, as it disclosed, has taken a short position in shares of Kandi," Kandi said in a press release that went out earlier this morning. "Kandi believes that the report contains numerous errors, misstatements of historical facts, inaccurate conclusions, and superfluous opinions."

The company added: "Kandi takes seriously any accusations of impropriety and intends to address the key issues raised by the report.  The Company plans to study the report in-depth, isolate the key inaccuracies, and prepare detailed explanations that will be presented in the near future."

Hindenburg alleges that just under 91 percent of the company's U.S. exports went to three undisclosed parties that were based out of Kandi's U.S. facilities. In other words, Zhejiang Kuke Sports Technology Co. was buying cars from Kandi and then selling the cars back to companies related to Kandi.

Fifty percent of Zhejiang Kuke Sports Technology Co.'s exports went to Massimo Motor Sports, which was based out of Kandi America's headquarters and owned by Kandi America's founder. To bring it all full circle, Hindenburg claims that Massimo sold products right back to Kandi.

Hindenburg alleges that Kandi's Chinese rideshare app partner is "mostly vaporware," not even ranking among the top 50 rideshare apps in China. Kandi has claimed that this company is good for up to 300,000 Kandi EV sales in the future.

Hindenburg Research also points to several red flags concerning Kandi's finances, including claims that it put revenue on the books has no way of ever collecting. Hindenburg cited the company's Days Sales Outstanding (DSO) of 278 days last quarter. DSO is a common statistic used to gauge how well a company is doing at actually collecting its revenue, and Kandi's is 5.6 times worse than the closest similar company in the automotive space.

These dealings, Hindenburg claims, have led to an inability to keep top financial staff for very long.

"Kandi’s top financial ranks have been a revolving door; another key sign of accounting irregularities," Hindenburg Research writes. "The company has had 3 auditors in the past 5 years, and 4 Chief Financial Officers in the past 4 years."

The lone exception seems to be its auditor Marcum, which Kandi announced its intention to keep despite the fact that the U.S.'s Public Company Accounting Oversight Board (PCAOB) just gave Marcum a three-year ban from auditing Chinese companies. Kandi is a public company currently listed on NASDAQ.

As Hindenburg Research notes, this wouldn't be the first time Kandi was linked to shady behavior, or even shady auditors. Even the first Kandi vehicles bound for the U.S. market were imported illegally and seized by customs.

The individuals behind Kandi's first move to go public in 2007 were charged with fraud in 2014 for colluding with Kandi's then-chairman and CEO Xiaoming Hu—who remains in those roles at the company today—to artificially inflate Kandi's stock price. Those charges resulted in a $1.3 million settlement with the U.S. Securities and Exchange Commission in 2019.

Marcum isn't the first Kandi auditor to get in hot water, either. Kandi's previous auditor Albert Wong & Co. worked with them for most of their publicly-traded years. However, that ceased in 2016 when the company had its registration revoked, had its principals barred from working with any public accounting firm and was fined $10,000 by the PCAOB for not catching obvious fraudulent activity at Kandi.

That activity included questionable sales to undisclosed parties, just like Hindenburg Research alleges Kandi is doing now. The PCAOB also found that Kandi CEO Hu and at least one other Kandi finance employee reported cash held in their private accounts as part of Kandi's cash balance.

The company that allegedly comprised 55 percent of Kandi's sales, Jinhua Chaoneng Automobile Sales, also shared an address with an entity Kandi used in another fake sales scheme. In that instance, Kandi was fined and sanctioned for faking sales in order to get subsidies from the Chinese government.

Hindenburg Research no doubt focuses on the negative, having named themselves after the infamously doomed aircraft to shed light on "similar man-made disasters floating around in the market and aim to shed light on them before they lure in more unsuspecting victims."

"Our investigation included extensive on-the-ground inspection at Kandi’s factories and customer locations in China, interviews with over a dozen former employees and business partners, and review of numerous litigation documents and international public records," Hindenburg wrote. They even obtained photos of cars that Kandi allegedly sold still sitting in a Kandi warehouse.

Hindenburg is no fan of Kandi's actual product, either, claiming that its Chinese vehicles are of low quality and that the company doesn't honor its warranties for them.

When Kandi's first Coco models finally made it to the U.S., Kandi's U.S. importer and distributor told Hindenburg Research that every single one of those cars broke. The report also drags Kandi's "imminent U.S. launch," which they claim has been going on for 12 years despite Kandi's big push of its K23 and K27 vehicles to investors.

The company originally said that its new vehicles would be delivered in late 2020, but is now saying they'll start deliveries in early 2021. Kandi is currently taking $100 preorders for the K23 and K27.

The researchers are similarly pessimistic about Kandi's battery swap plans, which it calls "preliminary and hopelessly behind peers." Hindenburg argues that it's hard to even flesh out such plans without enough Kandis on the road.