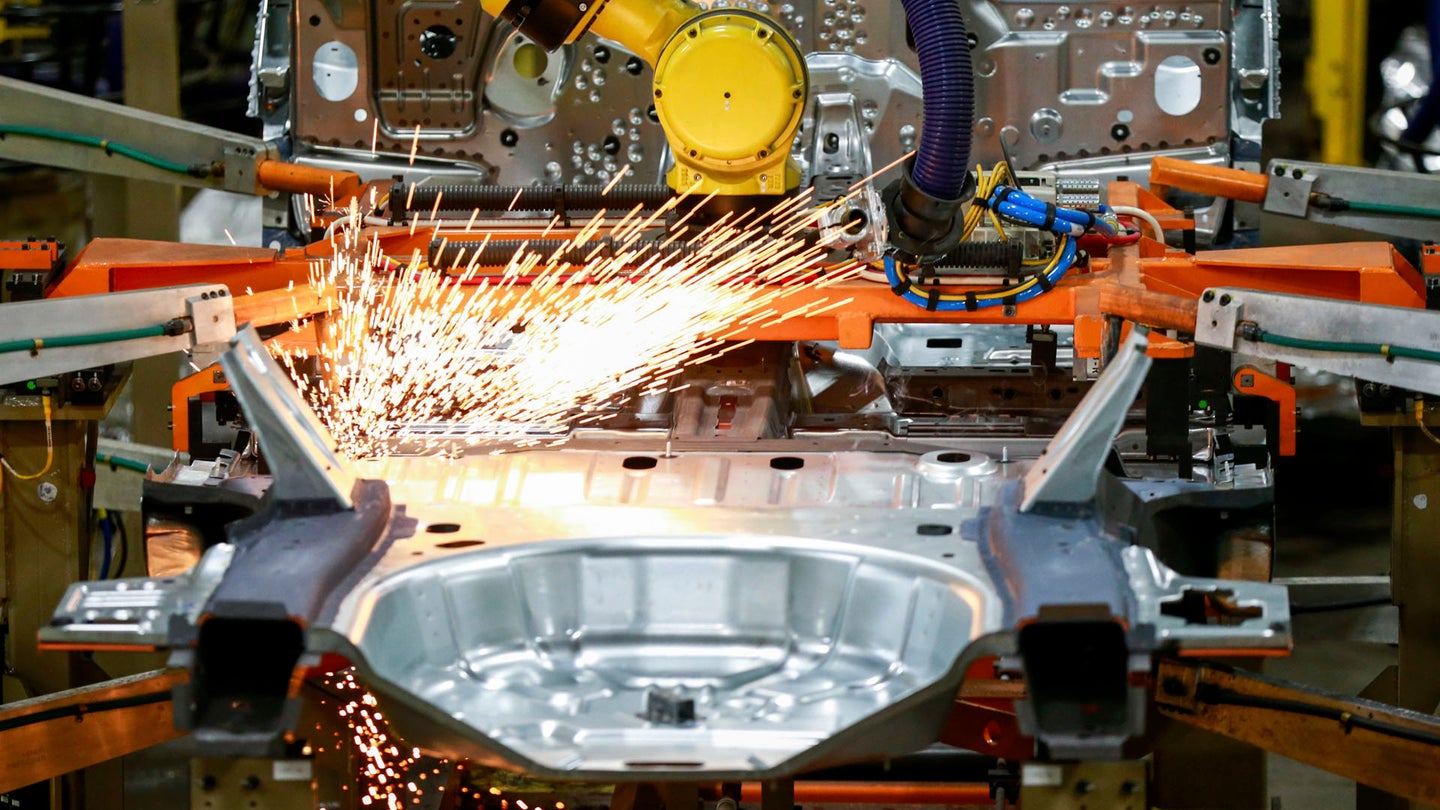 Hello and welcome back to Speed Lines, The Drive's morning roundup of what matters in transportation. I bet you can guess what it's mostly about today! (It's pandemic stuff. Sorry.)

How do you get the world back to work when there's no vaccine for COVID-19 yet? Though a few vocal wackos say they're willing to put themselves and everyone else around them at risk by getting back in the game now, that's clearly not an option unless we want to completely overwhelm our hospitals. There has to be a way for car plants, for example, to start producing again without putting entire communities at risk.

So as we reported approximately five years ago on April 8, lots of personal protective equipment and tons and tons of testing will be key to restarting the economy until people are inoculated from the virus. Here's the Wall Street Journal on how automakers and other companies are figuring this out:

Companies from Amazon.com Inc. AMZN -1.38% to General Motors Co. are exploring ways to test their employees for Covid-19 before they come in to work.

Regular tests for workers could keep exposure to sick employees to a minimum and boost employees’ confidence about coming back to work, corporate medical advisers and human-resources executives say. Yet companies face hurdles in rapidly building testing capacity. For one, tests remain tough to obtain in large quantities, those people say, and the practice raises potential issues of privacy and liability.

[...] “I think the big question we’re seeing that everyone wants to know is how much testing we need to do at the individual employee level,” said Ryan Smith, CEO of Qualtrics, a unit of German enterprise software giant SAP SE. Mr. Smith said he is considering various tests for his workforce.

While temperature screening and masks remain the most common types of protection companies are considering to protect their workforces, a survey earlier this month of Fortune 200 companies by Employer Health Innovation Roundtable, a benefits-focused industry group, found that about a quarter of the 40 survey respondents said they were considering some form of testing at worksites they plan to reopen in the next month.

Corporate testing sites could pop up in office buildings, or at nearby facilities that provide occupational health or primary care for workers, said Dr. Neal Mills, chief medical officer at Aon PLC, which advises companies on workplace benefits and sells retirement and insurance products. With the arrival of virus tests that deliver results in minutes, rather than days, employees could report to those sites for virus tests before heading into work, he said.

I bring this up because it feels like that's going to be the new normal for all of us, possibly starting in the summer and lasting until... well, who knows when? The problem is that in the U.S. at least, we aren't yet anywhere near where we need to be on testing—not in terms of distribution, availability, quality or effectiveness. Routine, mass-scale testing at your employer will likely be a common procedure in the months to come, but we aren't where we need to be on the tests themselves first.

Over the past two weeks, we've seen the stock market start to rally amid hopes that the very worst of the pandemic is behind us, and as various sectors of the economy find ways to begin opening up again. (Sadly, we cannot say the same about unemployment figures, which says a lot.)

But recovery will be slow, and this morning seems poised to be a disastrous one for oil prices. No one is driving, factories are still closed and demand is basically nonexistent. Here's Bloomberg on the severity of that drop:

Oil plunged the most on record to below $12 a barrel in New York as a historic demand slump fills inventories to the brim.

Futures fell as much as 40%. While the collapse reflects the most immediate May contract expiring on Tuesday, it nonetheless highlights a fast-growing glut of oil, and rapidly expanding stockpiles at the American hub at Cushing, Oklahoma. OPEC+’s record production cuts from next month are paling in the face of this evaporating demand.

[...] Despite the weakness in headline prices, retail investors are plowing money back into oil futures. The U.S. Oil Fund ETF saw a record $552 million come in on Friday, taking total inflows last week to $1.6 billion. The fund has said it would move some of its WTI holdings into the July contract, citing regulatory and market conditions.

And as this BBC story notes, the problem is we have too much oil globally, and we're running out of places to store it. Storage facilities are at capacity, and even though production has been slashed to record levels, it may not be enough.

The new car market is way down this year for obvious reasons, but unsurprisingly, so is the used car market. As we've been saying all year, though, Automotive News reports that the most digital-savvy dealers are the ones who are holding the line right now. That includes disruptive startups like CarMax, Carvana and others who do well at online-centric sales:

Findlay Automotive Group, based in Henderson, Nev., jumped seven spots in the 2019 rankings to No. 33. Its used-vehicle retail sales grew 17 percent to 20,504.

Since the outbreak, Findlay Auto Group has been doing three to four times more online sales and at-home deliveries as usual. At the same time, foot traffic at the group's brick-and-mortar stores has been at about 40 percent of its typical level.

Even before the pandemic struck, Findlay said one of his biggest takeaways from 2019 was that "CarMax and Carvana and some of these other disrupters really stepped their games up. And I think it made us realize that if we don't become better at used cars, we're going to be on the outside looking in."

This is literally an "evolve or die" moment for car dealers. There's always opportunity in crisis, so if this industry can use this moment to get better at online sales, it'll be better off in the long run.

With Moss in the Mille Miglia (MotorSport)

Only I Know the Secrets: Breaking Down Under the Silver Lake (Bright Wall/Dark Room)

Can you get a COVID-19 test where you are? Have you done so yet? Living in New York, I just assume I'm an asymptomatic carrier at this point.