You Have a First Amendment Right to Humvees in Call of Duty Games, Judge Rules 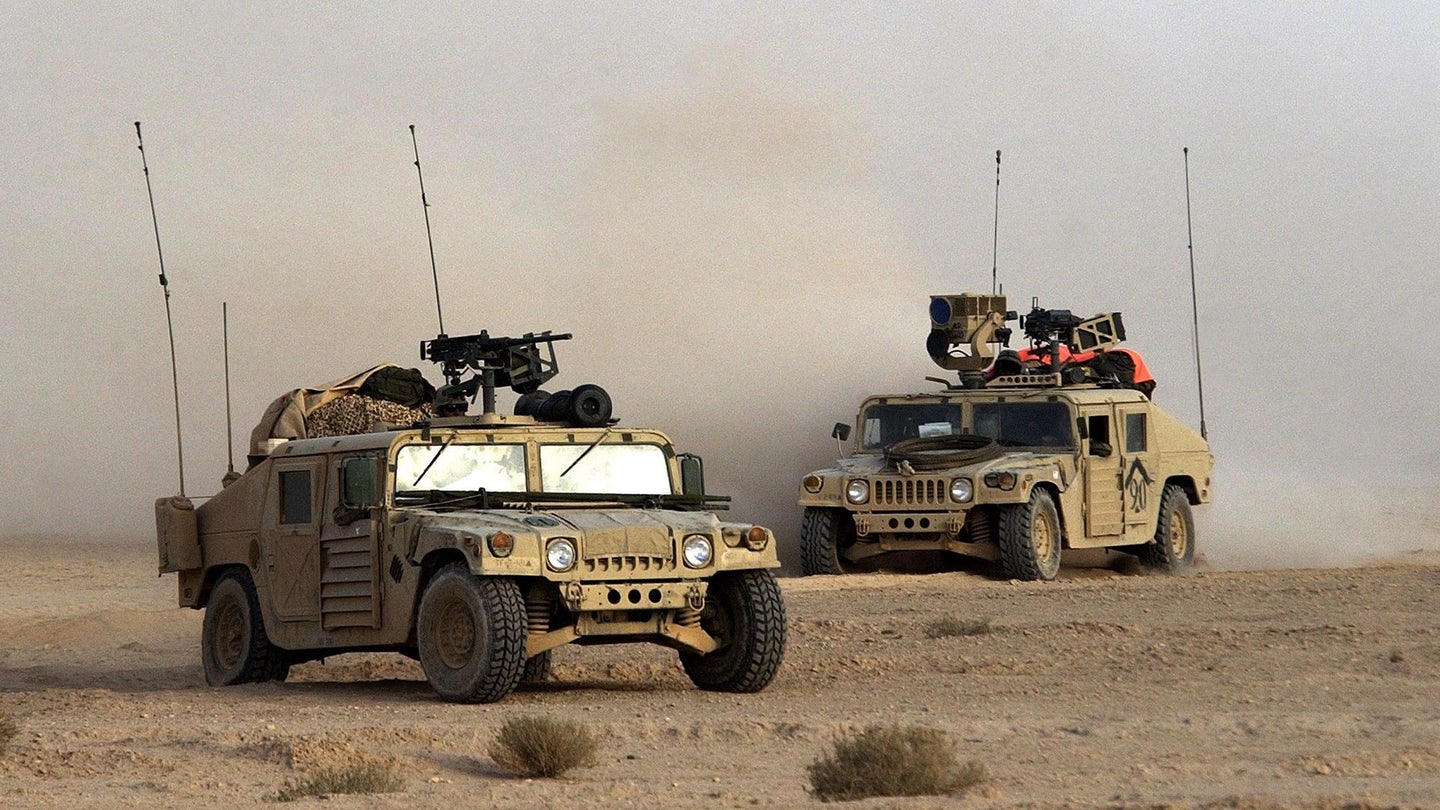 Back in 2017, video game publishing giant Activision faced a lawsuit from Humvee manufacturer AM General over the use of the famous military truck in the Call of Duty series. Last year, Activision fired back, defending its use of the Humvee in its first-person-shooter games as a First Amendment right. On Wednesday, a judge in New York sided with the game company, agreeing that CoD's use of the Humvee did not, in fact, infringe on any trademarks.

In its original lawsuit, AM General argued that Call of Duty's great success (2019's Modern Warfare has accumulated over $1 billion in sales) was achieved "only at the expense of AM General and consumers who are deceived into believing that AM General licenses the games or is somehow connected with or involved in the creation of the games" because, y'know, that's definitely why I play military shooters. Nothing to do with the addictive online gunplay or buttery-smooth graphics. It's definitely the Humvees. (For any AM General lawyers reading this right now, that was sarcasm.)

Activision's legal team fought back pointing to First Amendment free speech rights as well as arguing that "the claims, in this case, are particularly egregious because they involve a US military vehicle paid for by American taxpayers and deployed in every significant military conflict for the past three decades," according to The Verge.

Dismissing the lawsuit, district court judge George Daniels determined that the games passed the "Rogers test," a precedent set by a case that dealt with the depiction of actress Ginger Rogers in the 1986 film Ginger and Fred that protects artists and authors from accusations of trademark infringement unless that trademark is completely irrelevant to the creative work or is somehow being used to mislead its audience. Via Law360, "If realism is an artistic goal, then the presence in modern warfare games of vehicles employed by actual militaries undoubtedly furthers that goal," Judge Daniels wrote. "The inclusions of Humvees in the foreground or background of various scenes...are integral elements of a video game because they communicate ideas through features distinctive to the medium."

“Defendants’ uses of Humvees in ‘Call of Duty’ games have artistic relevance. Featuring actual vehicles used by military operations around the world in video games about simulated modern warfare surely evokes a sense of realism and lifelikeness. Proceeding to the second prong of the Rogers test, defendants’ uses of Humvees in the ‘Call of Duty’ games are not explicitly misleading."

"Put simply, [AM General’s] purpose in using its mark is to sell vehicles to militaries, while [Activision's] purpose is to create realistically simulating modern warfare video games for purchase by consumers," the judge continued, deeming the game series to have met the "Polaroid factors" standards, a set of seven criteria used to determine whether consumers are likely to confuse two competing trademarks. ("Big Cat Rescue Entertainment," anyone?)

Notably, this isn't the only vehicle-related video game lawsuit to have gone in the game publisher's favor. Also in 2017, Italian furniture company VIRAG sued Gran Turismo publisher Sony after the two PS3 versions of the racing franchise used VIRAG's logo as part of a recreated Monza circuit. Yeah. Sony won that one too.