Toyota Presents Last Mile Mobility Solution for the Summer Olympics, and No, It Doesn’t Have Lidar. Far from It

Toyota’s Olympic people-mover is made to just work. 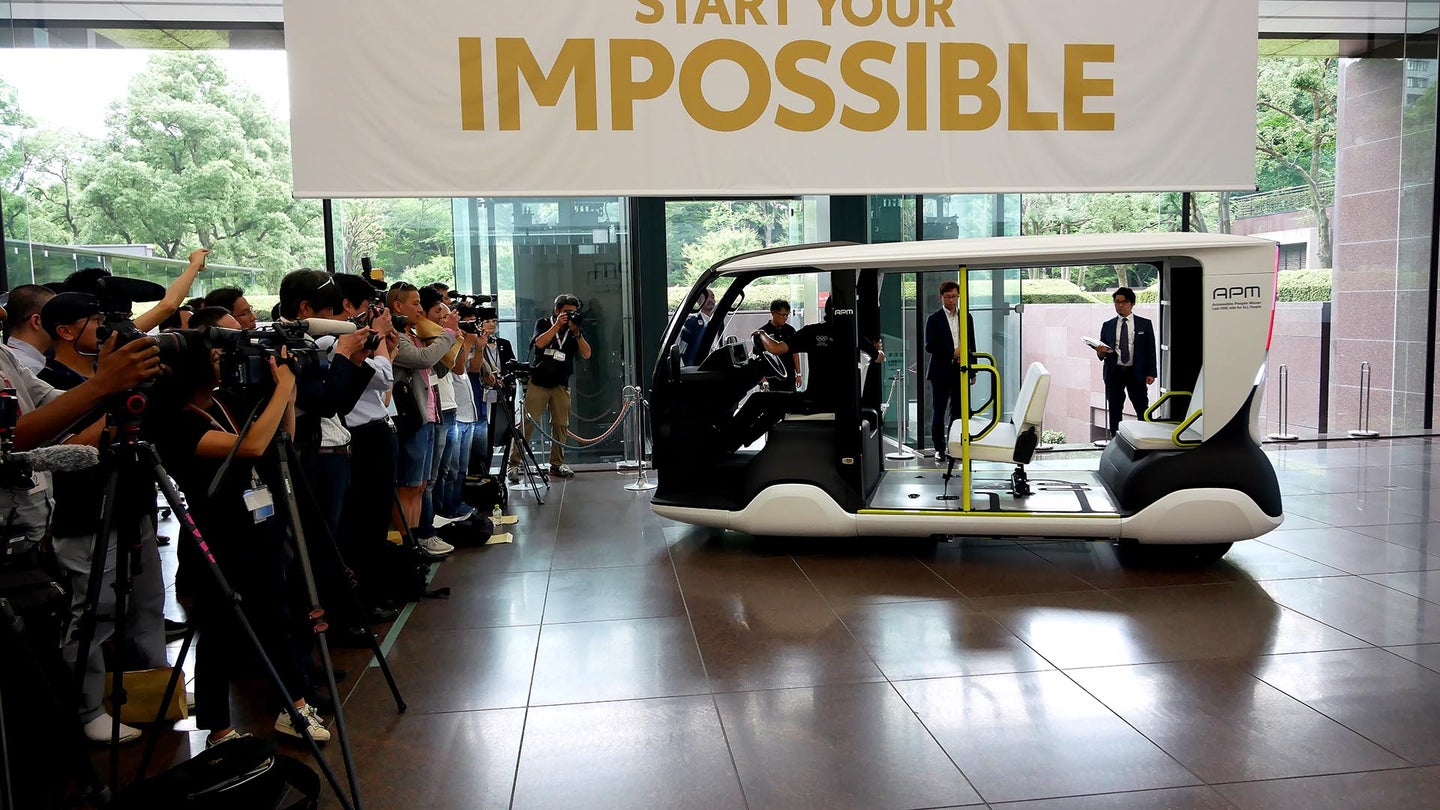 Sometimes you take time-out from the high-tech turn-ons, and you rekindle your love for the simple tools that just do their job. A Japanese hand saw. A Stanley hammer. A Channellock. They stand by their, well, person, and won’t let you down. Today was such an occasion.

This afternoon, Toyota had invited the media to come to the Japanese carmaker’s Tokyo HQ, to be shown a “vehicle specifically designed for Tokyo 2020,” when the Summer Olympics will come to town a year from now. Days before, reporters speculated about the nature of the specifically designed vehicle, and most expected a self-driving robotaxi. Boy, were we wrong.

Instead, we were shown the APM (as in ‘accessible people mover”) mobility solution destined for “the last mile,’ and if the whiz-bang verbiage made you expect an autonomous pod you summon with your smartphone, you were misled again.

The APM is a six-seater golf-cart-like conveyance. Five seats are for the passengers, one seat is for the driver, a fact that should cure you from any autonomous aspirations. It is electric with a range of around 100 km (62 miles) on a single charge, and it can reach a top speed of 19km/h (roughly 12 mph). In other words, you can leave the Olympics Special in the dust on a bicycle.

Like the aforementioned tools, the APM is made to just work. For handicapped passengers, it can accommodate a wheelchair. The ramp for that doesn’t come out at the push of a button, but at the manual pull on a handle. There is an ambulance version meant to transport spectators to an aid station if they were overcome by Tokyo’s monstrously muggy summer heat. The ambulance APM comes with a tiny bit of higher tech: A small air conditioner that cools the face of the victim. That’s it.

Today, we heard several times that the APM was developed together with the key stakeholders of the Summer Olympics, and it looks like those also appreciate simplicity and reliability over fancy gadgets.

Toyota plans to deploy a few hundred of the APM around the various Olympic venues.