What Goes Into The 720 Horsepower TechArt GT Street R?

YouTube car personality Shmee is taking this TechArt on a road trip, so what’s it made of? 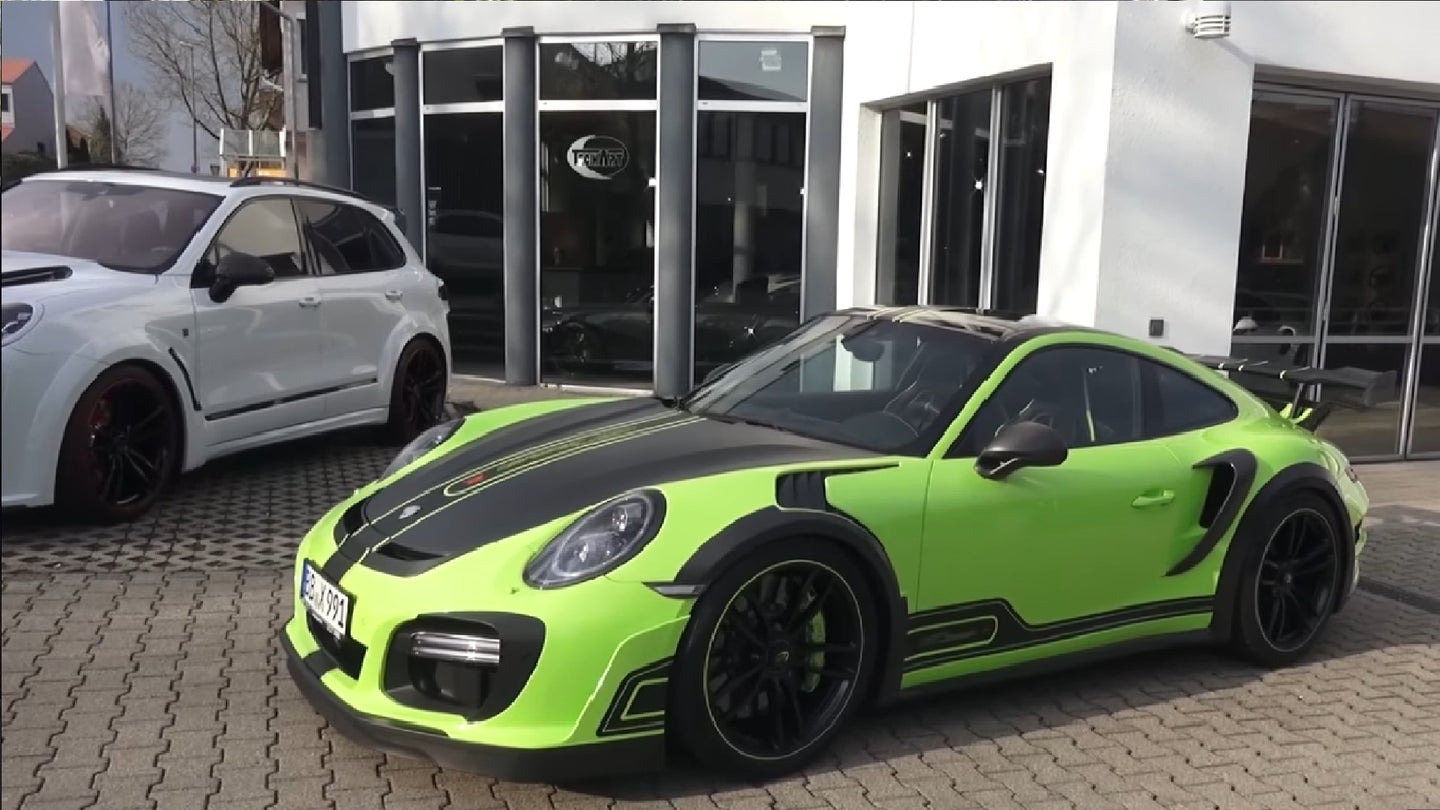 Considering TechArt started this project with a 991 Turbo S, it should surprise nobody that it's exceedingly quick. The 3.8 liter has been pumped up with an additional 140 horsepower, allowing the car to shoot to 60 in a Tesla-quick 2.5 seconds. The aerodynamic profile has been seriously modified as well with 991.2-style front lights, a bespoke TechArt front fascia, GT3 RS-style custom fender vents, carbon rear inlet vent extensions, a deep diffuser, and a wild looking extendable rear wing. Nearly every panel has been recrafted in carbon fiber to help shirk a few significant pounds. Inside, a clubsport-style setup features a bolt-in roll cage, carbon-backed bucket seats, and Alcantara everywhere.

Daily supercar vlogger Shmee has been given the opportunity to run this car on a lengthy European road trip. In the coming days we'll show you more of his journey, but for now he's picking up the GT Street R before heading out down through the Alps. We can't help but be as green as the car in an envious state, as a ridiculously fast car like this one on a glorious set of Michelin Pilot Sport Cup 2 tires mixing it up on some of the greatest driving roads in the world sounds like a great way to spend a week or so. Then again, we probably wouldn't want to cover the fuel bill for such a trip.

It is interesting to note that the color in which this wild Porsche is painted is actually a Paint To Sample legacy color. Daphnie Green, sometimes also referred to as "Apple Green", has been used on 911 and 912 variants as far back as the 1960s. It looks oddly futuristic on this wild looking car, but if you've ever seen it on a mid-eighties 930, you'll know what a great homage this is.

Shmee also spends some time looking around TechArt's 30th anniversary Cayenne Magnum R, which is a bit of fun as well if 700 Horsepower tuner Cayenne Turbos are something you're interested in.