Here Are The Five Wildest Creations Of Porsche’s Exclusive Department 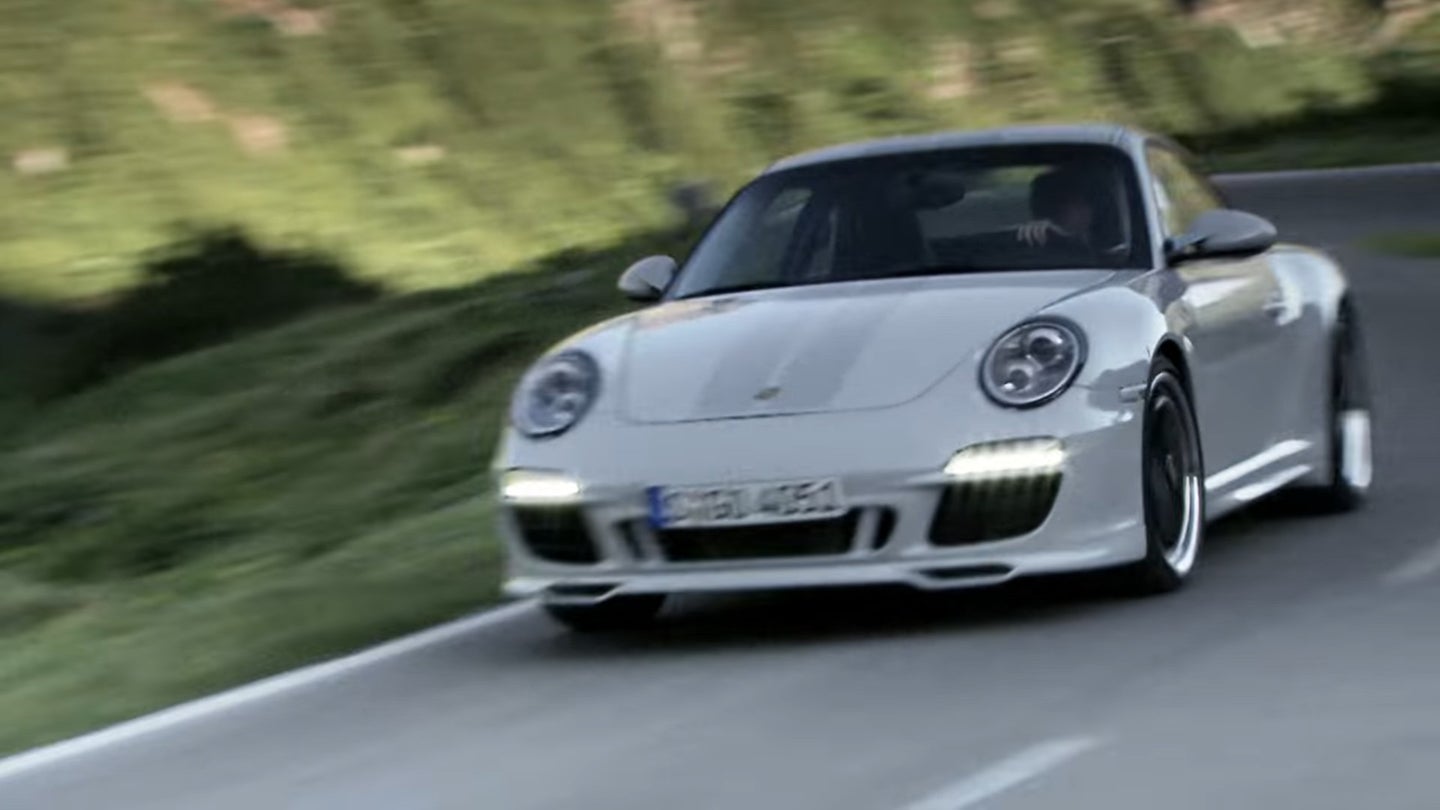 The Club Coupe was a 60th anniversary present for all of the different Porsche owners clubs out there, with 13 total made, one for each club. Produced in Brewster Green over espresso brown interior, the Club Coupe came standard with a 30 horsepower boosting Powerkit, Sport Chrono, PASM, and ceramic brakes. Each was individually numbered, and featured "911 Club Coupe" flashes all over the interior. These are so rare we've only ever seen one in person.

Only 356 examples of this 911 Speedster were built, a relatively high number for Porsche Exclusive. It was quite expensive when new, in fact, you could have had a GT3 RS AND a Boxster Spyder for the same money, but then it wouldn't have been 'Exclusive'. The same 400 horsepower engine powered this as was found in the Club Coupe and the Sport Classic, and it was only available with PDK transmission. The body was technically only available in "Pure Blue" and "Carrera White", but we've seen a handful of paint to sample cars that Porsche doesn't talk about.

With 250 Sport Classic 911s built, this was another unique production unit from Porsche Exclusive. All cars were released in Sport Classic Grey with twin slightly darker stripes. The interiors were all espresso brown. Again, the Powerkit 400 horsepower engine was used, and could only be mated to a 6-speed manual gearbox. Based on the wider 911 Carrera 4S body, the Sport Classic was a rear-wheel driven car fitted with exclusive Fuchs-design wheels, a ducktail spoiler (reminiscent of 1973's Carrera RS), and a unique front lip. The going rumor is that Porsche destroyed the molds for Sport Classic-specific components so nobody could reproduce their own from new parts.

Just 86 of these lightweight 911 Turbos were built, and these days they are valued up around the million dollar mark. Based on the 964 Turbos that competed in the IMSA Supercars racing series, these cars featured a power bump (to 381 horsepower from the standard Turbo's 320), deletion of power windows, power locks, air conditioning, and power seats to save weight, and lightweight fiberglass front lid, doors, and rear spoiler. This might be the most hardcore model ever made by the exclusive department. Well, possibly until next year.

Porsche Exclusive sort of showed off a new model that they'll be releasing later this year. We're not yet sure what it is, as it was shown under a cover. It appears to be 911-based at least. We can't help but wonder how many of these will be made.

The Tower Includes A Car Elevator, Like Something Out Of A Fantasy Film