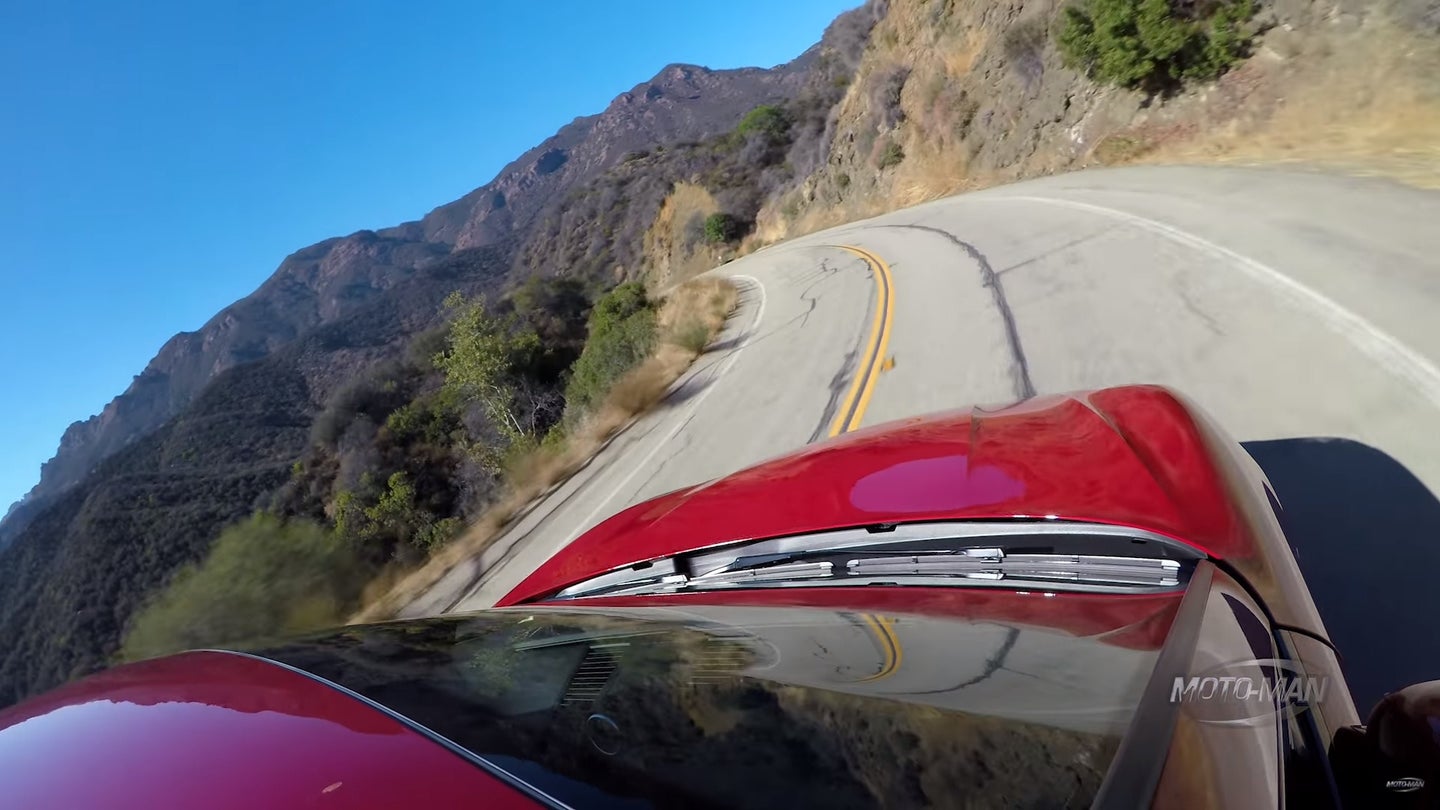 In a two-part review of the new Macan Turbo Performance Pack, MotoMan comes to some interesting conclusions about the value on offer here. In order to discuss this, you have to consider how much 40 additional horsepower is worth to you. The Exclusive Powerkit jumps power from the standard Turbo's 400 to 440, and adds an additional 42 lb-ft of torque as well, still using the same 3.6-liter V6 turbo. While there currently is not a Macan Turbo S, as would seem to be the next upcoming model if you look at the rest of the Porsche lineup, this is as close as you can get. Will we see a Turbo S, and is this the precursor to such a thing? That may well be.

In the first video, George takes the time to walk around the car and point out various features and upgrades that have been optioned to this car. For all intents and purposes, the Performance Package is limited to just the engine upgrades with their Sport Chrono package added in 'for free'. Speaking of those engine upgrades, Porsche is being a bit cagey in regards to what has actually been done to the Macan Turbo to make it a Macan Turbo Performance Package. It's likely that there has been a boost pressure increase, and a re-tuning of the engine software, but they're tight lipped about the exact recipe. Like Bush's Baked Beans, we may never know the truth.

In the second video, he actually gets behind the wheel and provides some feedback on the car's dynamics. Having driven the standard Turbo, I can't imagine the Performance Package driving much different. Can you really feel a 10% increase in power in day-to-day use of a 4200 pound SUV? Our answer is a definite maybe.