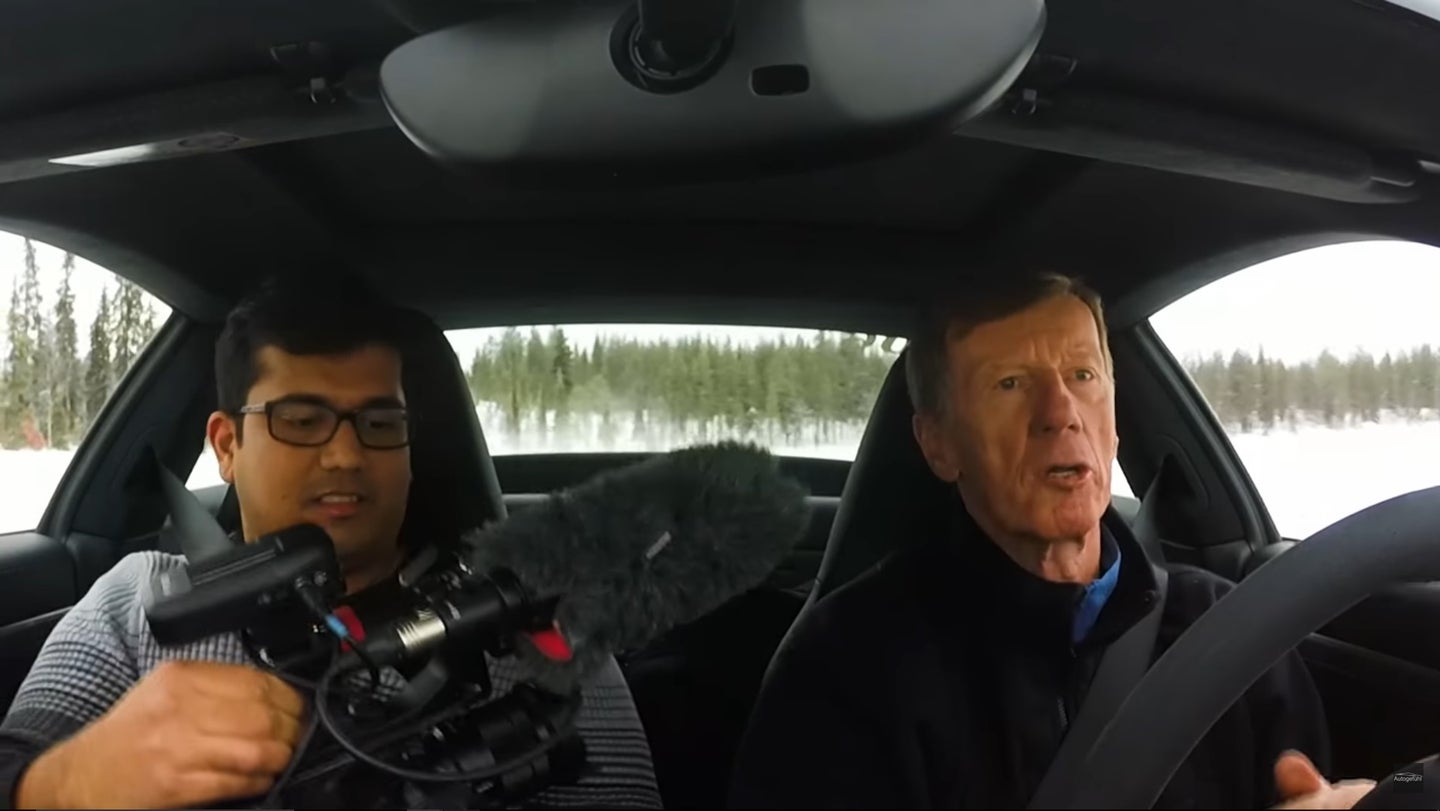 This is a quite lengthy video from Autogefuhl, but it is certainly still interesting for those who are interested in the Porsche lineup, how they handle ice-driving, and how the legendary Walter Rohrl feels about them. The real Porsche Camp4 snow driving action doesn't begin until the ten-minute mark, but it gets pretty interesting from there. First they take a Carrera S out for some wide circle donuts, then take a GT3 RS for a tail-happy sprint around a short circuit, and finally run the 911 Turbo with Walter.

Listening to Walter speak while running a technologically advanced 911 Turbo through its paces on a lap of an ice test track is a little bit hilarious. He's smoother while talking than most of us would be even silent. The interviewer is having trouble keeping his words while in the passenger's seat, but Walter has zero problem whatsoever (the Walter Rohrl section begins at about the 19 minute mark).

Following hot laps with Walter, the video jumps into the 718 Cayman and immediately sees how a great balanced car is so easy to keep up on its toes around the circuit. Throttle steer with the torque of the turbocharged four-cylinder is reasonably easy, and the car does a yeoman's job of making a quick lap time even in the snow. The final car driven is the 991.2 Turbo. Given that this is the only car they've driven on the day with four wheel drive and crazy studded snow tires, it is easily the fastest in these conditions, even more so than the GT3 RS earlier.

If you've got thirty-seven minutes to kill, pull this video up on your smart TV and see what it's like to drive a Porsche in inclement weather conditions.