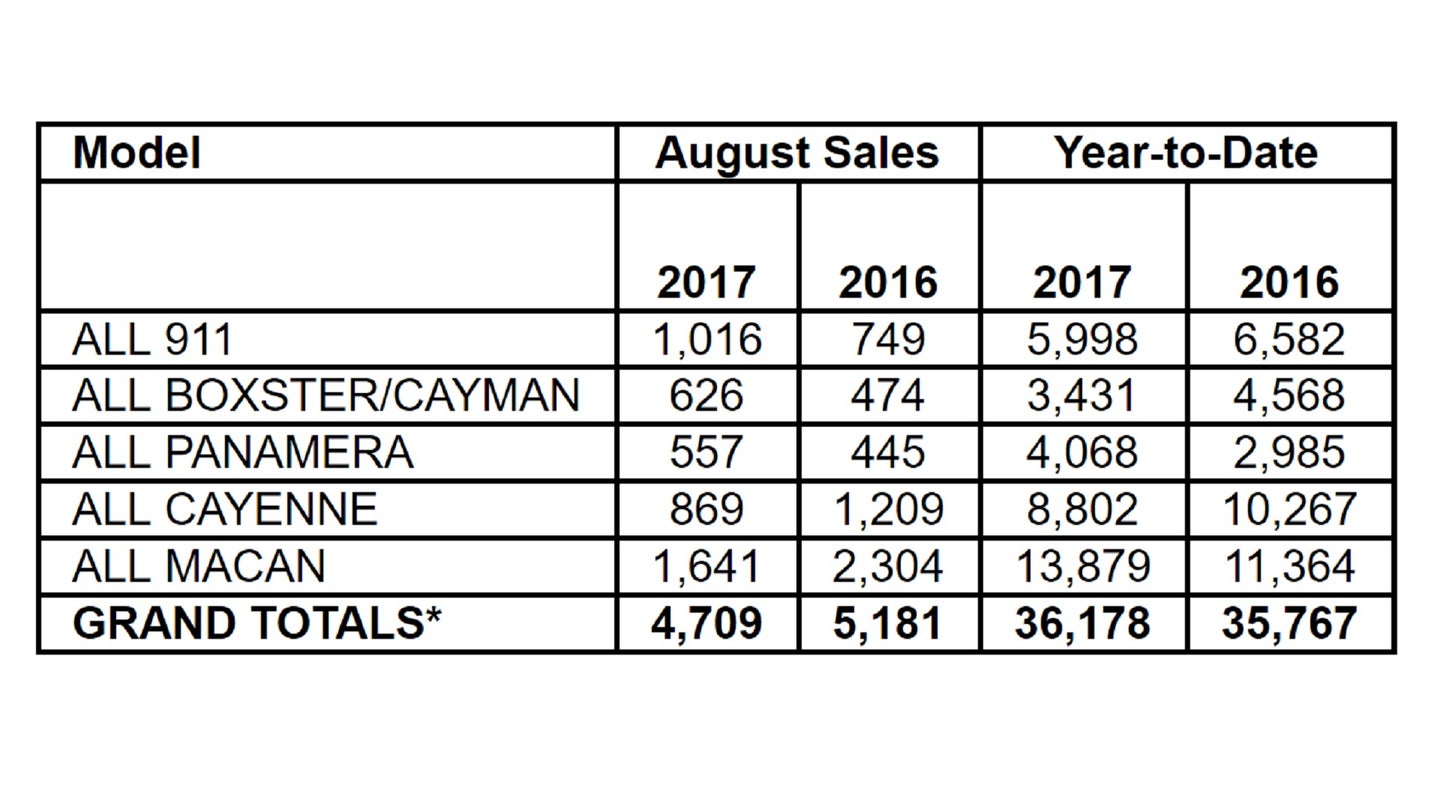 Porsche Cars North America saw a bit of an overall sales slump, not outpacing 2016s sales for the first time this year. This isn't really anything to be concerned about this month, as imports of 2018 model year Macan SUVs are just beginning while 2017s are still trickling off the lots. Part of the nature of that transition sees a slight dip in availability, translating to Macan's worst month so far this year with just 1641 units sold. Meanwhile, Porsche's 911 and 718 model Boxster and Cayman have experienced something of a resurgence in this late summer month, posting their highest sales month of 2017 so far. Panamera and Cayenne sales continued to eclipse this same period in 2016, making the delayed Macan the only model in the lineup to not outpace August of last year. According to Porsche's release, they're currently experiencing some delays in the delivery of 2018 model year vehicles, "many of which are still in the final regulatory approval process".

Even with this slowdown, Porsche is still up on sales from the 2016 calendar year by 1.1%, and that delta is expected to widen through the rest of this year, assuming 2018 deliveries are approved sometime soon. That being said, with the new Cayenne on the horizon, it is likely we'll start seeing a slump in that model's sales as well, in anticipation of the new generation's shipment.

Meanwhile, in the Approved Certified Pre-Owned department, Porsche has been killing the market, moving 1,606 CPO units. This represents a 14.7 percent increase over August of last year, pumping year-to-date numbers up to 7.3 percent across the first eight months of 2017. There is no breakdown of which models sell in what quantities as pre-owned, but we'd wager the split is fairly similar to new car sales.