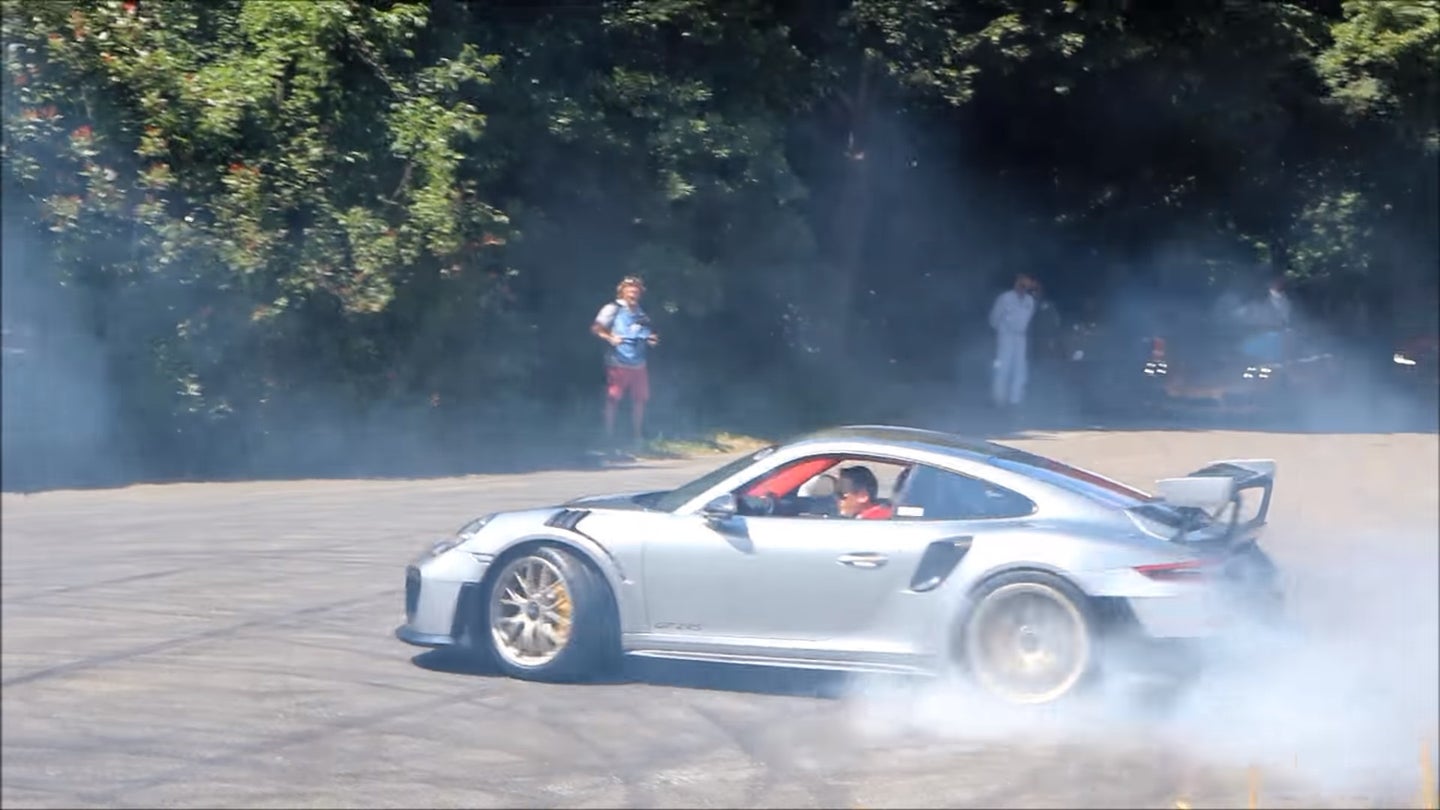 By now you've already seen Porsche's horrific failure of a donut attempt during the GT2 RS world debut run up the hill during the Goodwood Festival of Speed. For Porsche fans, that fail was cringe-worthy on the same level as certain episodes of NBC's The Office. It was difficult to look away, and whoever was driving will not live that down for quite some time. We aren't sure it was the same driver, but they certainly wanted to prove that the 700-horsepower rear-wheel-drive turbocharged Porsche super 911 was capable of swinging its tail around a few times. While the car didn't make it happen when the cameras were on and it counted, here is some shaky cell-phone footage of the car ripping a pretty serious circular burnout. This is a face-saving moment if ever we've seen one.

In any rear-engined car, the key to a proper donut is actually the brake pedal rather than the throttle. Obviously, on a modern car, you have to make sure the traction nannies have been turned off before starting. Just as you see in this video, you begin by driving around a half circle, then jab the brakes to upset the car's weight balance, then transitioning to a heavier than normal throttle application. Once the car begins to spin the tires, you can simply drive around the circle with the back end kicked way out by modulating the throttle and steering with plenty of opposite lock.

These donuts are laid down so perfectly and by-the-book that the driver should be expecting a quality assurance job offer from Dunkin any minute now.