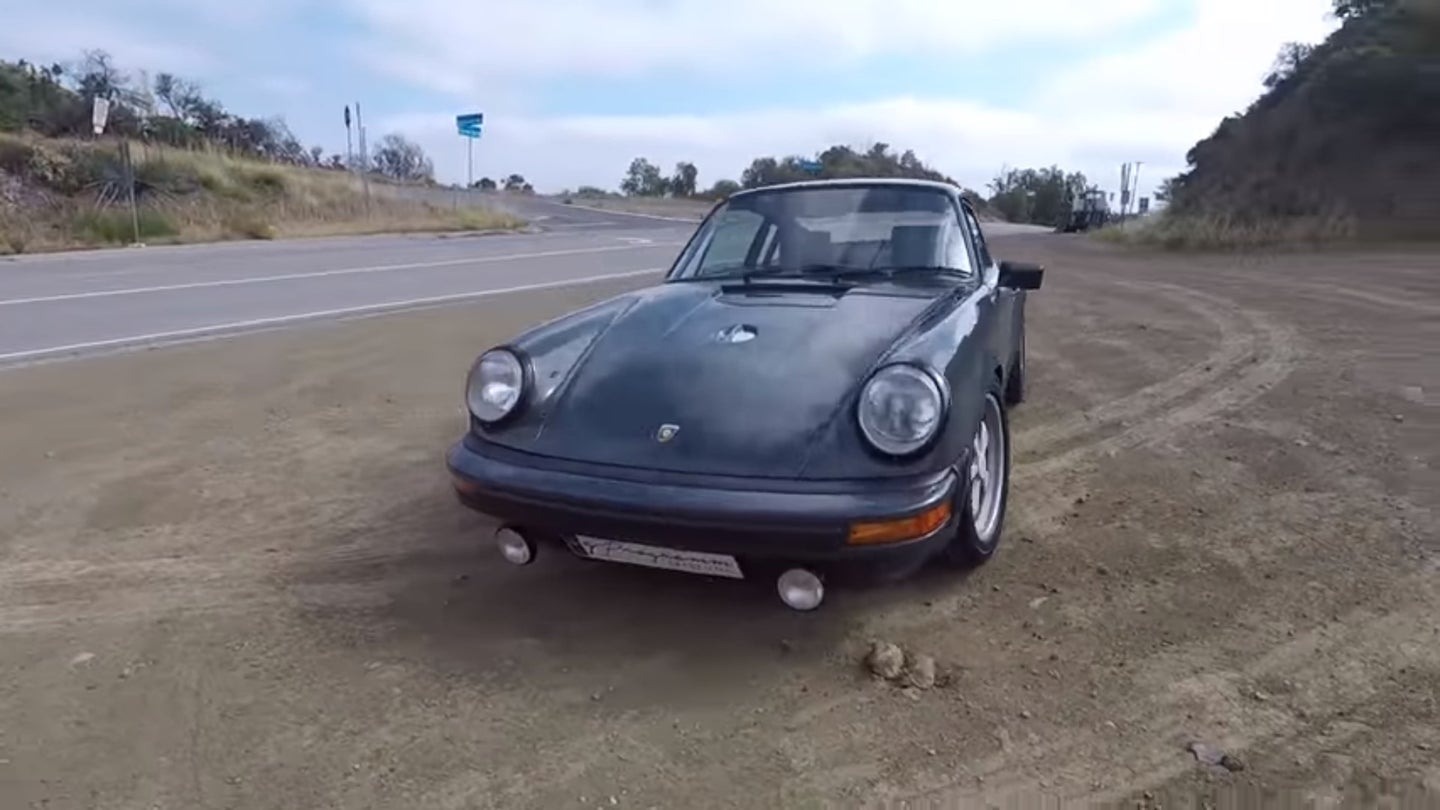 In the late 1970s, Porsche was building a 3-liter version of their 911 called the "SC". By most accounts, the SC was and remains a pretty damn good car. More importantly, however, it is a great platform for which to build an even better car. Porsche used the same basic platform for decades, and because of that it is reasonably simple to swap parts around and make an improved version of an already great car. That, it would seem, is exactly what GProgramm has done with this 1979.

While Porsche never sold a 3.4-liter engine from the factory, a bit of aftermarket fettling can produce such a displacement. With an interesting combination of modern twin-plug ignition and old-school Weber downdraught carburetors, this car is stated to produce a wild 350 horsepower, which is a huge improvement over the 180 horsepower it had from the factory. According to Matt's drive here, he claims the new engine is tractable, with linear power delivery, making for a relatively easy to drive 911. While we'd never call a 350 horsepower 911 particularly easy to drive, certainly not if you're a rear-engine Porsche newbie, this great grey beast does seem to have a reasonable powerband. Take into consideration, also, that this car has been significantly lightened sitting at a quoted 2300 pounds, and you've got a recipe for an excellent driver's car.

While it wouldn't be fair to call this car a competitor to Singer, the $200,000 price tag is less than half what Singer charges, it's likely sold to a very similar client base. Wealthy Porsche enthusiasts who prefer the look of the 70s and 80s impact bumper cars, but still want a little more than you can get from a 'normal' 911 will likely be convinced by what GProgramm is offering here. With a vintage-inspired interior with improved quality materials, a cool roll bar, and a nice Momo Prototipo (I have one in my Porsche, and it's fantastic), this looks like a nice place to spend some time. Is the car worth a couple hundred grand? In today's Porsche market, who knows. I guess?