There’s 1,000 square feet of living space and room for five cars and a lift, all in one retro package. 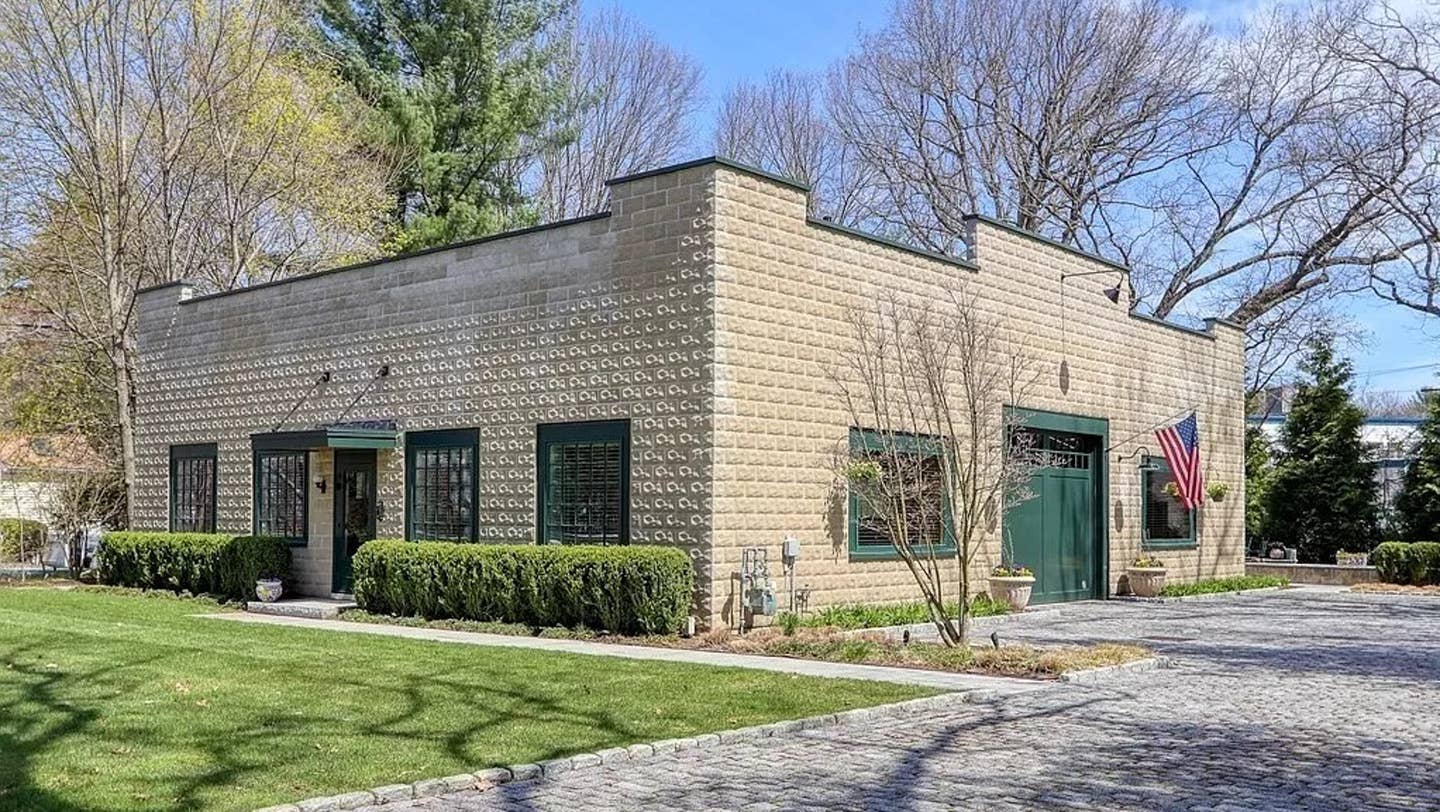 Every enthusiast I am friends with, when asked about their dream living situation, invariably offers a variation on a single theme: "Well, I'd like a big garage (probably with a lift); the house doesn't matter much." But what if you could wake up, make coffee, and survey your collection of cars from your living room? What if the whole house was car-themed? Ideal, right? If you've got a few million in cash and need to store five hot rods in the suburbs of Boston, this pad in Natick, Massachusetts might be just the place for you.

At first glance of the 1,000-square-foot living quarters, there are not a ton of clues as to its full scale. There's only one bedroom and two bathrooms, according to the Zillow listing. The kitchen does have some retro-aesthetic appliances, yes, but the living room could be out of any house built in the last 30 years right down to the modern sand-colored walls.

Step into the connected garage, however, and the house's main attraction becomes clear: There is a five-car garage with a two-post lift, all finished in rustic wood paneling with a color scheme that I can only describe as "vintage Americana."

Also installed is an absolutely gorgeous workbench (although it appears to be much neater than my own at the moment) and a parts sink, as well as direct access to a wet bar (clearly, the owner of this home understands the therapeutic power of a cold one after a long day hunched over an engine bay).

The theming continues outside throughout. The aforementioned bar has a recessed and embossed copper ceiling and Sam Adams neon; the exterior of the house looks exactly like a classic service station pulled straight off Route 66 in its heyday. It's not actually a converted service station, however! The house was built in 2014—the last image above, pulled from Google Streetview history, was taken in September 2013 and shows the house being constructed—and was designed by architect Patrick Ahearn, who focuses on adapting classic architecture for modern homes. Ahearn himself is a car enthusiast, and so many homes he designs (including his own) include massive garages neatly integrated into the rest of the house's design.

Unfortunately, if you want this throwback garage-with-a-home, it'll cost you a lot. The property is currently listed for $1.45 million, which works out to almost $1,500 for every square foot of living space. Unfortunately, given current Boston housing prices and the fact it's on almost a third of an acre of land, it's consistent with the area and I wouldn't expect to be able to steal this place for half of its listing. Could be worth it to some, though—how else are you going to relive American Graffiti in the comfort of your own home?

For Sale: $1M House on a Race Track That’s Really a Two-Bed Garage