Microbes are feasting on the rusting hull, which can’t hold up forever. 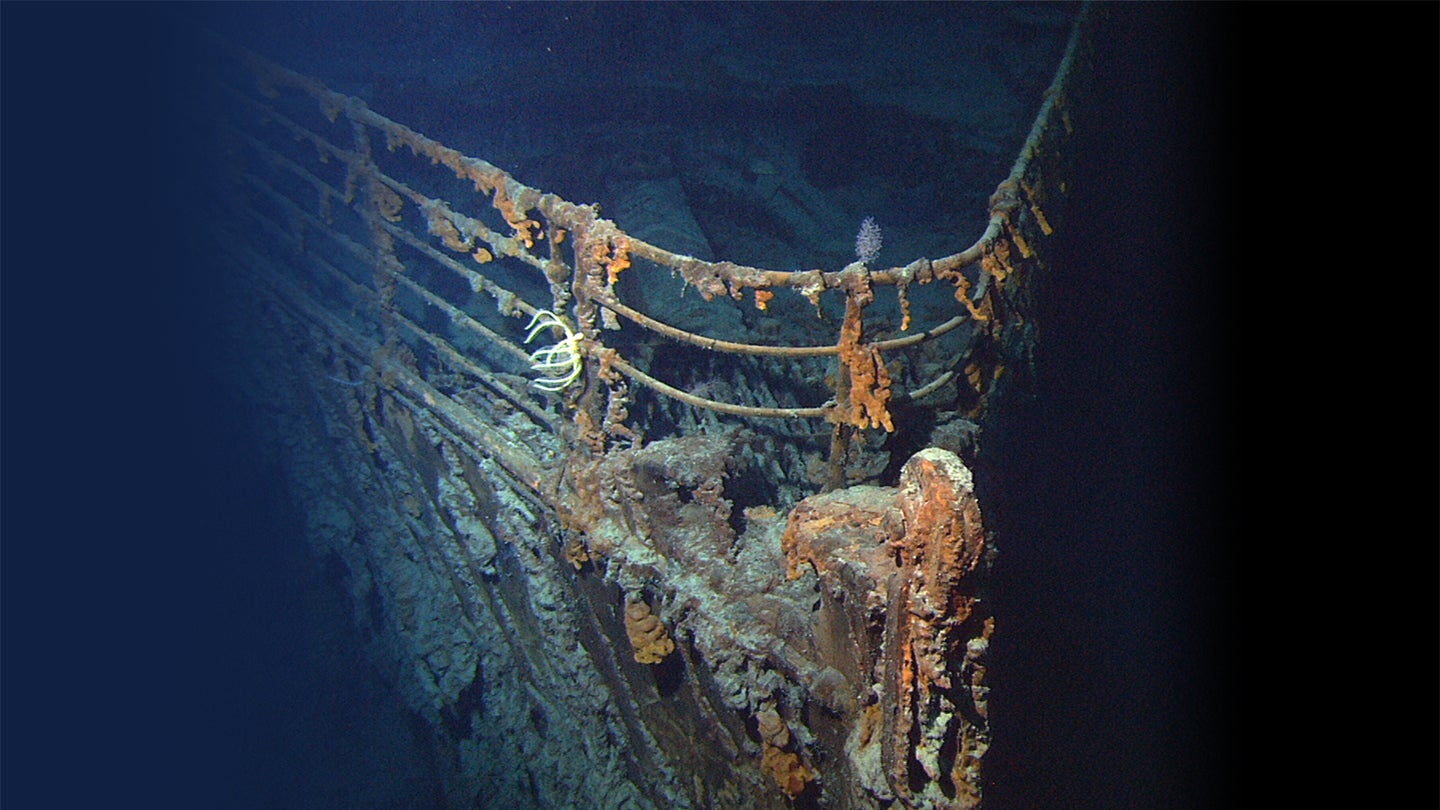 The fate of the RMS Titanic has captivated the world ever since the great liner slipped beneath the North Atlantic's frigid waves in 1912. The discovery of its wreckage 12,500 feet below the ocean's surface provided some of the most iconic images of the 20th century. But there's another slow-motion tragedy unfolding at its final resting place—a new study suggests deep-sea bacteria might completely devour the rusting hulk by 2050, the BBC reports.

Once thought to be a barren desert, the deep ocean floor is actually teeming with life. That includes a hardy species of bacteria previously unknown to science called Halomonas titanicae, which is responsible for those building those "rusticles" as it eats away at the ship's hull. All together, the microbes are burning through an estimated 400 pounds of iron every day, all while their haunting deposits have added hundreds of tons of excess weight on the weakening structure.

It's not just the bacteria, either. The Titanic's wreck has deteriorated notably since it was first discovered by a joint French-American expedition led by Robert Ballard in 1985. Other organisms like mollusks, crustaceans, and deep-sea fish finished off most of the organic material like wood and cloth long ago. But human exploration has also left its own mark, with at least one expedition ending in a collision between the robotic submersible and fragile ship that damaged both. Souvenirs from the wreckage are highly-sought.

What's to be done? Not much. Nature will continue to take its course, and scientists estimate the Titanic has at most 50 years left before it collapses into the seafloor. But as the BBC points out, this limited timeframe has spawned a new rush of adventure seekers who are willing to pay top dollar for a chance to see the wreckage in person. A private American company called OceanGate is offering just such an opportunity, selling tickets for a series of 11-day expeditions next summer for $105,129—the inflation-adjusted cost of a first-class cabin on the Titanic's one and only voyage back over a hundred years ago.

Safety considerations notwithstanding, visiting the Titanic has always meant wrestling with the fact that it's still a mass gravesite, even if the bodies have long since disappeared. The wreckage is in international waters, but the American, British, and French governments have long argued over its jurisdiction. The National Oceanic and Atmospheric Administration's guidelines seek to prohibit scavengers and simple tourists from getting down there, but there's really no enforcement.

Still, OceanGate told the BBC that its paying guests will be carefully-selected "mission specialists" with extensive diving experience who can actually help out with the science at hand. The ultimate goal will be mapping the entire wreckage to produce an "ultra-high-resolution" 3-D model for research and educational purposes.

What else were you planning on doing for the next 2 hours and 40 minutes?

104 Years Later, The RMS Titanic Is Still a Sight to Behold

The ill-starred ship was big, beautiful—and gone far too soon.