What else were you planning on doing for the next 2 hours and 40 minutes? 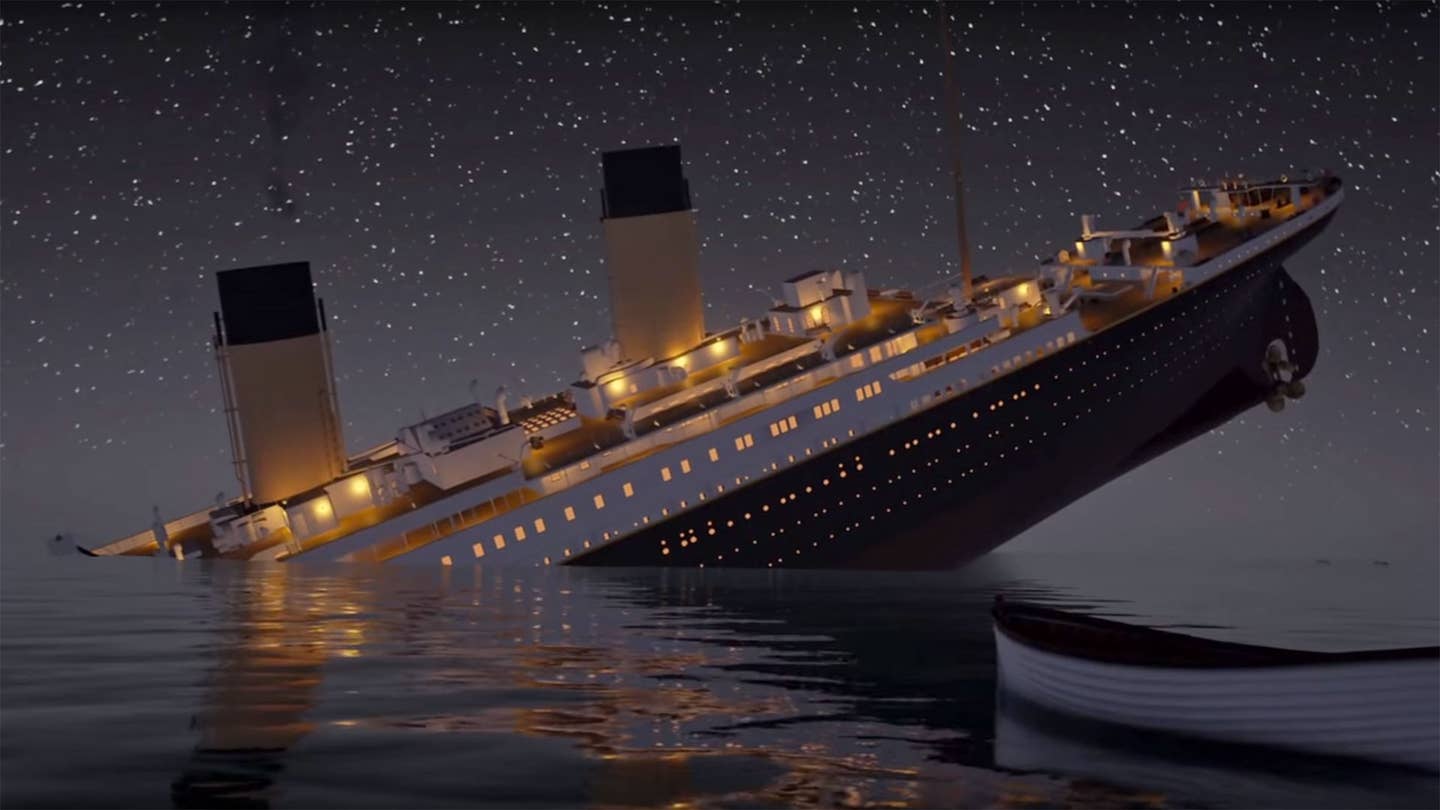 When the RMS Titanic went down in the icy waters of the North Atlantic 104 years ago last week, it went quietly, but it didn't go quickly. It took the 882-foot-long ocean liner two hours and 40 minutes to completely disappear under the glassy surface and into the annals of history.

That's exactly how long it takes this digital recreation to sink, too.

This computer-animated video of the Titanic's final hours was whipped up by the folks behind Titanic: Honor and Glory, a video game currently under development that seeks to digitally recreate the entire ship. Rendered in gorgeous high definition, the video aims to depict the sinking as faithfully as possible—from the iceberg strike along the starboard side at 11:40pm, through the long, laborious process of lowering the life boats, through the moment the ship snaps in two, and all the way until the moment the stern finally vanishes, taking more than 1,500 people on a one-way trip to Davy Jones's locker. It even comes complete with audio snippets meant to reveal what's happening within the bowels of the storied ship.

Watching the virtual recreation is sobering, as you realize that the fate of all the people on board wasn't obvious almost until the end. At the very least, it seems possible that the ship could hold on long enough for the rescue ship Californian to arrive...until the moment the stern falls back into the water as the bow breaks away. Then it's all over.

And no, smartass, you're not gonna see a tiny Leonardo DiCaprio anywhere in the video no matter how hard you look.