After two back surgeries and a hip replacement, Joni Pursell is on an epic 34-day ride to raise money for Drive Toward a Cure.

Idaho resident Joni Pursell espouses what's painted on the back of her motorcycle helmet: YRUW8NG (Why Are You Waiting?). Currently riding astride her fifth Harley-Davidson motorcycle, Pursell estimates she's logged more than 130,000 miles from the pilot seat of her bike, not including the 8,000-mile trek she’s traversing right now. She doesn't sound likely to get off any time soon, either.

“If I die on my bike, know I was having a great time,” she told me, with all seriousness.

On May 9, the grandmother of six and her friend Mike Burke set off on an epic 34-day ride on their Harleys, Pursell on her yellow, eagle-emblazoned Road Glide, and Burke on his jet-black Fat Boy. For more than a month, the duo will check 18 states off their list as well as two Canadian Provinces with Pursell’s husband, Clyde Dornier, trailing behind in an Acura MDX. Her ride isn't for sightseeing. Pursell is raising money for Drive Toward a Cure, which raises money and awareness for Parkinson’s Disease research and patient care.

Parkinson’s affects roughly 1 million Americans. Actor Michael J. Fox became the face of Parkinson’s in 1998, introducing millions of people to a disease that is the second-most common neurodegenerative disease after Alzheimer’s. Pursell was looking for a cause to support when her friend mentioned Drive Toward a Cure, which he supported in honor of his grandfather, who had died from complications of the disease. One of Pursell's best friends was diagnosed with Parkinson's in 2018, so the Harley-riding Idahoan knows firsthand how devastating the disease can be.

Pursell started riding motorcycles in her mid-40s, more than two decades ago, and fell in love with the open-air freedom. She married Dorner five years ago and together they hit the road often. Sweet, friendly, and open, Pursell rides through anything and everything, without complaint. She is in the middle of a lifetime of experiences with more to go, and the soft-spoken motorcycle enthusiast is open to whatever the next adventure brings. This ride, the second-longest she's taken has been on her bucket list for more than a decade. But the trip was almost shelved permanently when the financial advisor, now 63, was right behind a friend who died in a crash while navigating a tricky corner. Pursell nearly gave up wheeling altogether.

“It was the second accident like this I had witnessed, and I didn’t want to go through it again,” Pursell said. “I needed to give it some time.”

Pursell sold her previous Road Glide in early 2019 and put away her gear to grieve, scheduling two back surgeries during her downtime. She even buried her original stuffed monkey mascot Rockie when she thought she wasn't going to ride again.

But her husband noticed how much she needed to ride. He pushed her to buy another Harley and a new mascot named Axe. When she did, she renewed her goal to ride all the way to Maine, specifically for lobster.

They reached New England and gorged. Before managing to get “lobstered out,” the convoy headed out but hit a downpour.

“In the rain, I look like the Pillsbury (doughboy),” Pursell laughed. “I wear jeans and chaps, plus a shirt, heated jacket, leather jacket, and raincoat. Then I have leather gloves I’ll wear until they get soaked.”

Pursell and Burke leaned on Dornier to map out the route and help them navigate inclement weather and other delays. The original plan called for the group to head north into Canada and drop down into Maine, but the weather wasn’t conducive, and they reversed the route.

“On this particular trip, Clyde has been instrumental in looking at the map and figuring mileage,” Pursell said. “When it’s just [motorcycle] riders we look at the general route and kind of wing it.”

On average, Pursell and Burke wanted to travel 250 miles per day to reach their goal, including a stop in Maine for three nights and three days. Most days included five to six hours per day, while some days were longer. They had to stop for gas every 130 miles or so, which gave them a chance to take a quick break to renew their focus.

So far, Pursell has raised $13,600 with just a couple of days to go. A portion of the proceeds from her ride will benefit St. Luke’s Parkinson’s Disease and Movement Disorders Center in Boise.

It's the latest trip for Pursell, and hopefully not the last. Why wait for more? It's written right there on her helmet.

Got a tip? Want to share a story of your own? Comment below or send a note to kristin.shaw@thedrive.com. 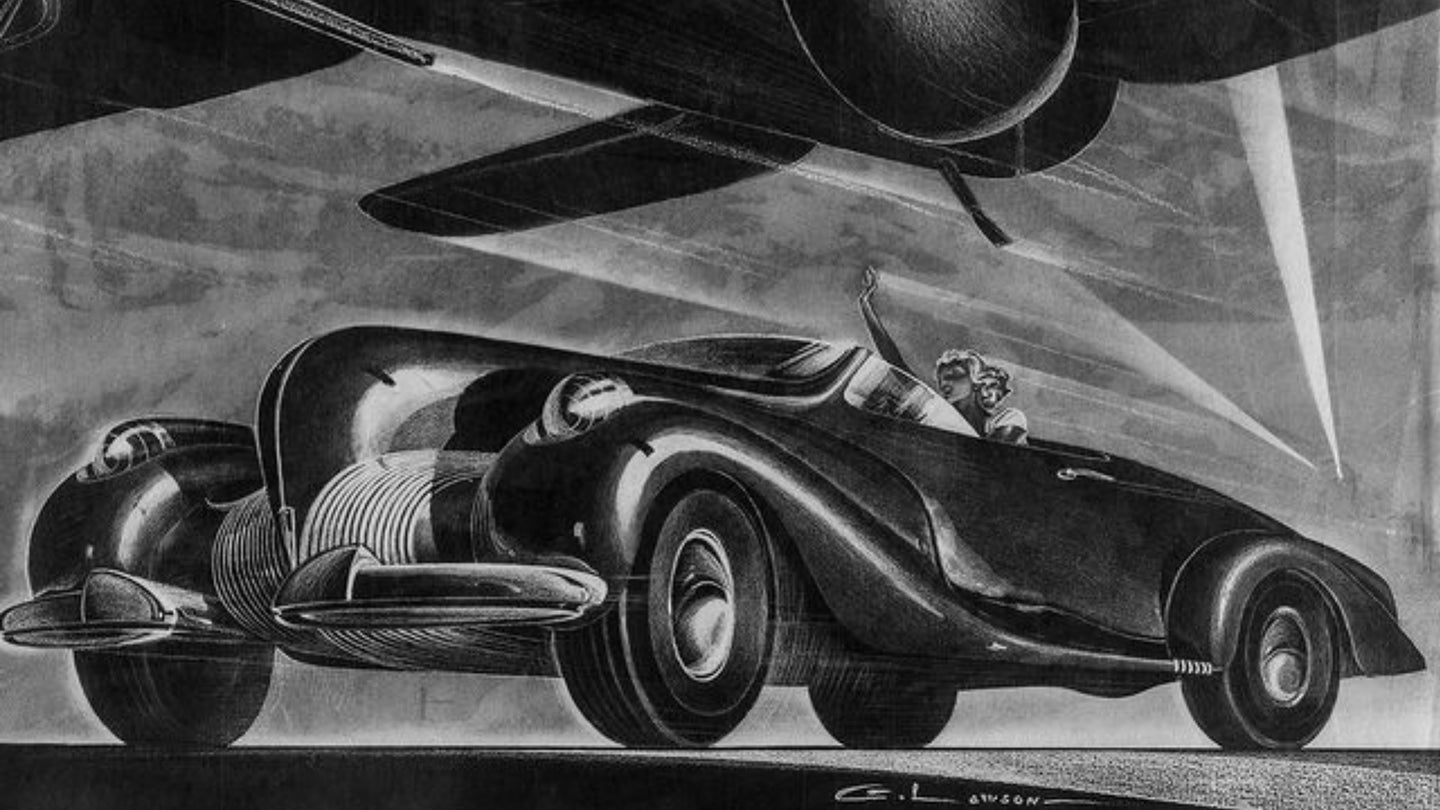 As it turns out, the man had good taste. 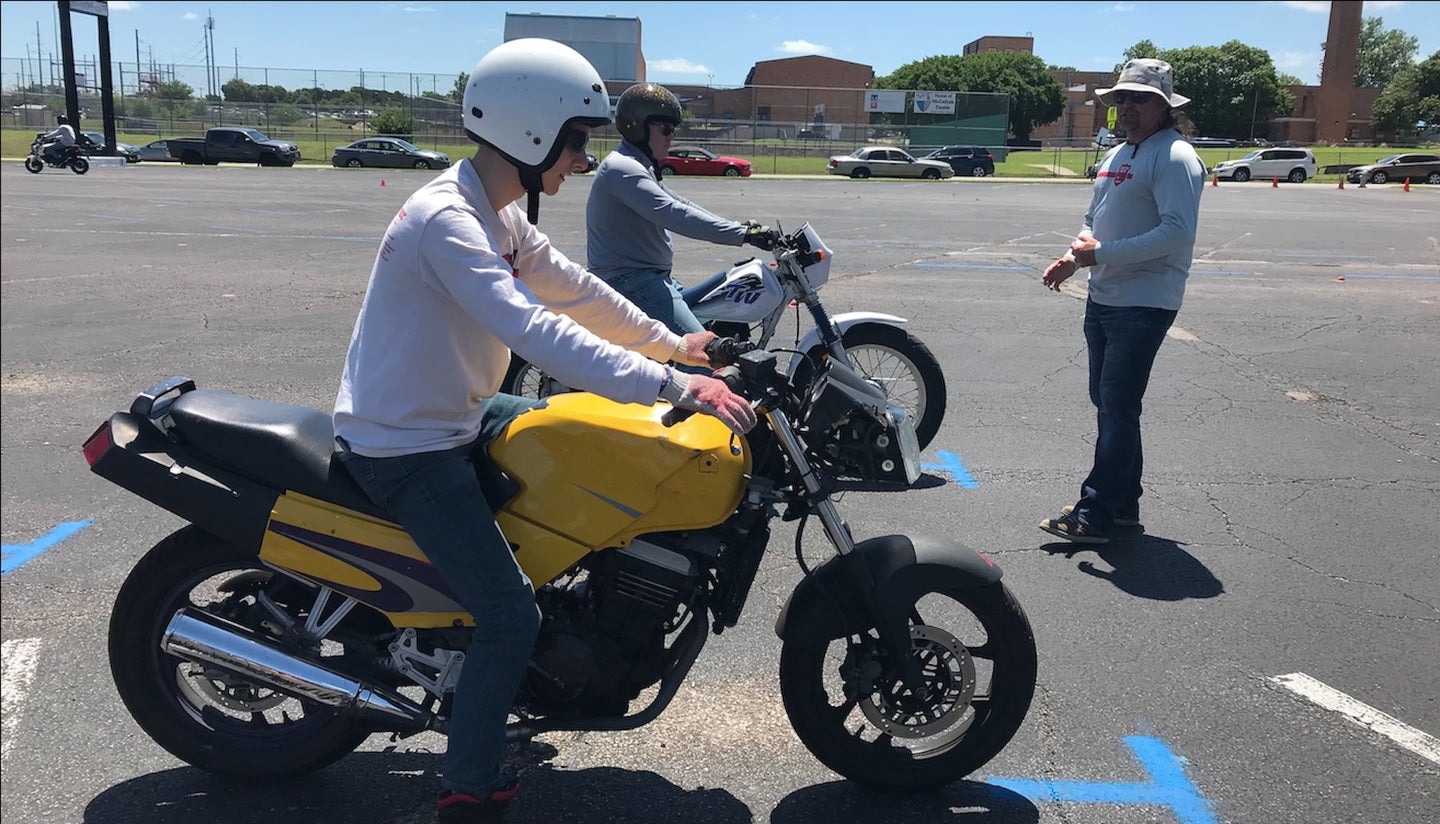 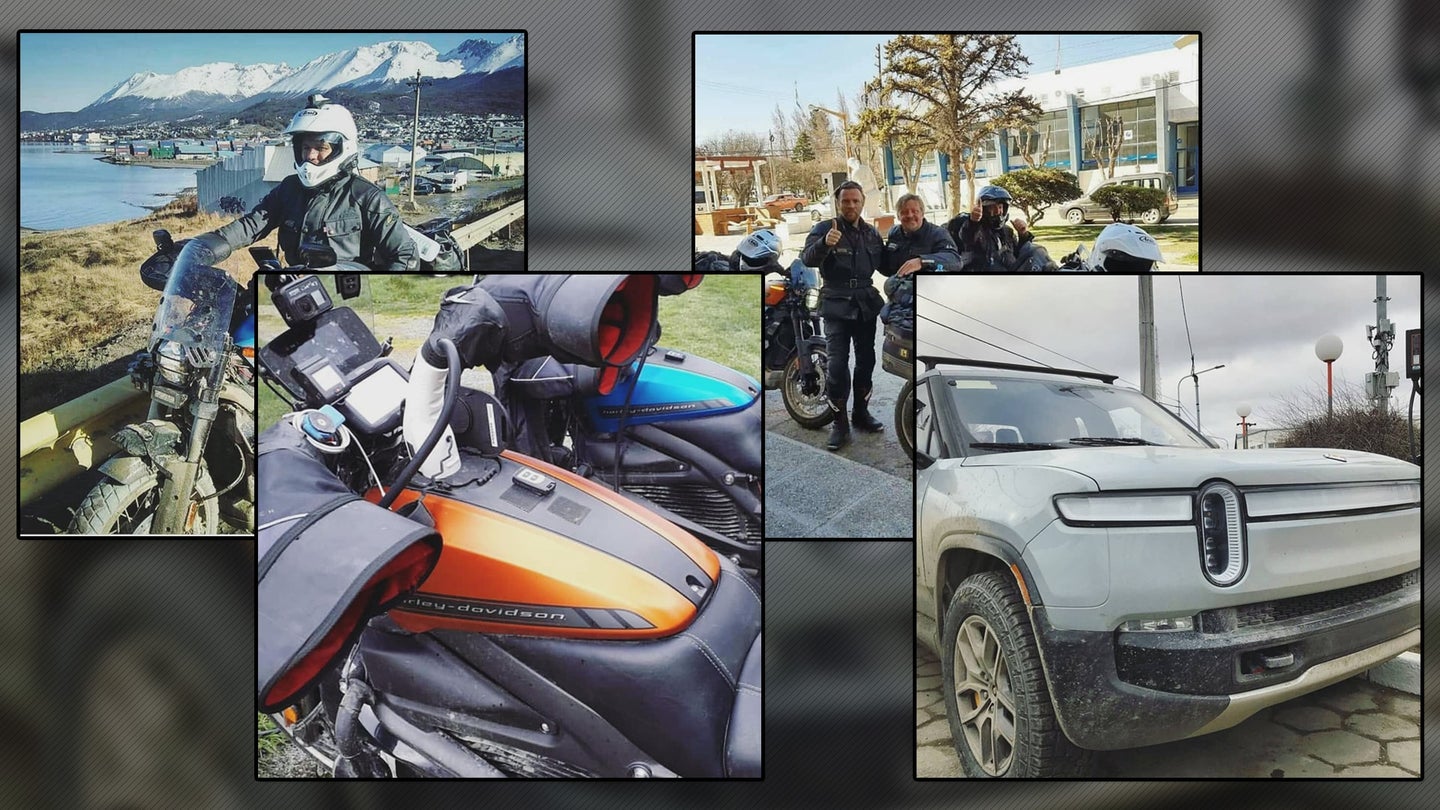