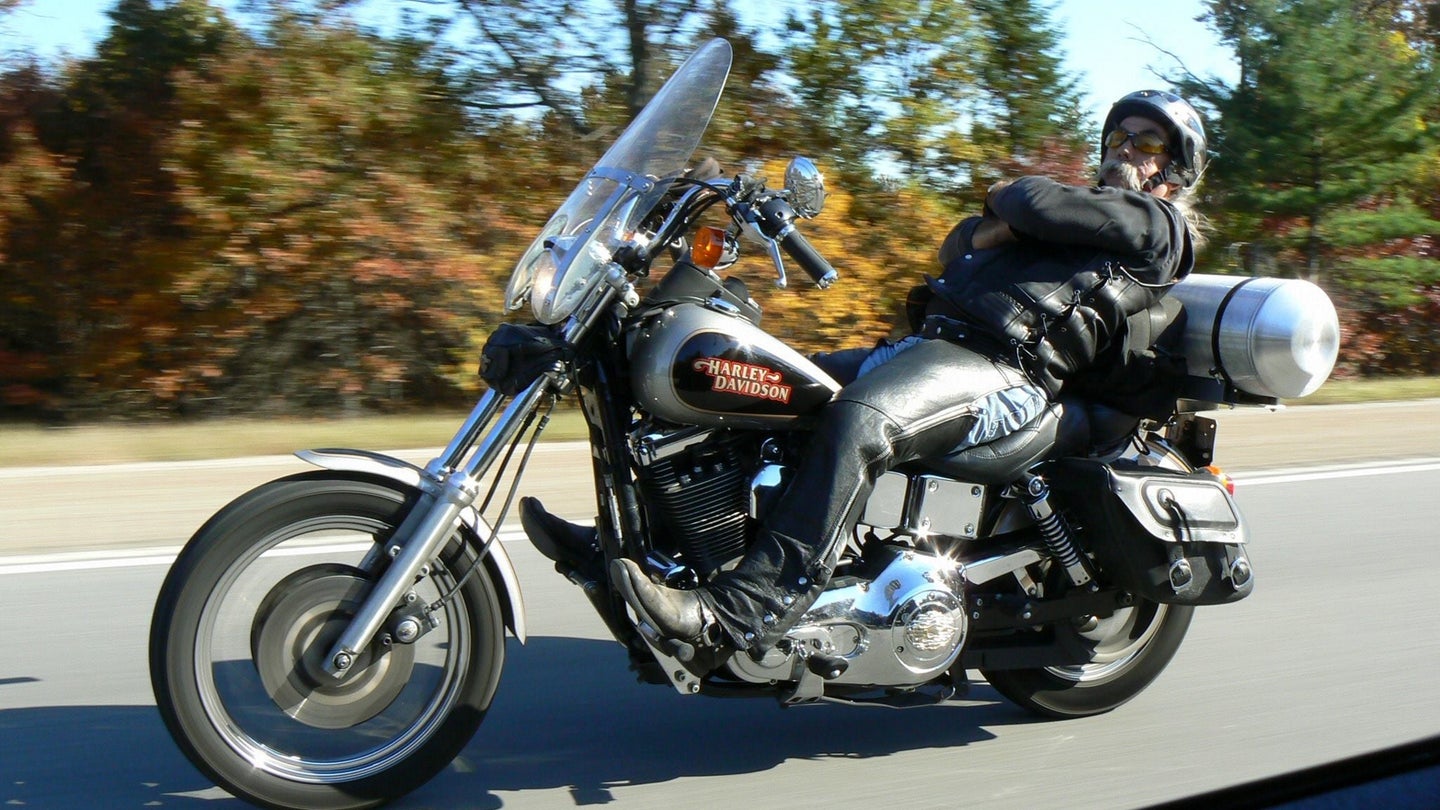 Michigan man Phil Comar uses his unique skill of long-distance motorcycle riding with no hands and uses it as a force for good. Comar just raised more than $1,200 in his attempt to break his own world record of the longest hands-free ride with a lofty goal of 680 miles without touching the handlebars of his 1997 Harley-Davidson FXDL Dyna Low Rider.

After Comar’s father passed away in 2008 after suffering from Parkinson’s, he made it his mission to do his part in aiding the cause that means so much to him. Long-distance hands-free riding was something he used to talk about a lot with his father, so Comar managed to combine his two passions to raise money for the Michael J. Fox Foundation while doing what he loves.

According to local news outlet WWMT, the route in question began at the southern Michigan border by Toledo, Ohio going up to Lansing, Mich., then west to the coast of Lake Michigan, north to Grand Rapids, east to Ann Arbor, and finally north towards Mackinac Island. Unfortunately, he couldn’t make the full 680-mile trek without using his hands.

We reached out to Phil Comar to find out what modifications he made to help him get more range out of his Harley.

"The additional [10-gallon] fuel tank is the only true mechanical modification," said Comar. "Because it has a carburetor, with the extra tank's location, it has a gravity-feed operation."

Comar said that when both fuel tanks are full, he can get approximately 560 miles of range depending on variables like weather and wind. The mast on the back of the bike is a camera mount and he has his camera and headset hard-wired for power since his rides go "well beyond the normal charge times" of his onboard electronics.

Since he appears to be the master of the skill, we asked Comar if he has any tips for riding hands-free. "I certainly have a hard time recommending it to anyone," said Comar. "As an instructor, my first advice is to do as I say...not as I do." In other words, don't try this at home. When it comes down to it, it's equal parts really good balance and fearlessness.

Despite not hitting 680 miles, Comar still considers the ride a success, having raised money and awareness for Parkinson’s research. You can still donate to his cause here to add to the more than $26,000 he’s raised over the years.

The Distinguished Gentleman’s Ride Kicks Off Movember Early This Weekend

There’s a good chance this charitable event has a ride in a city near you.