Reap what you sow. 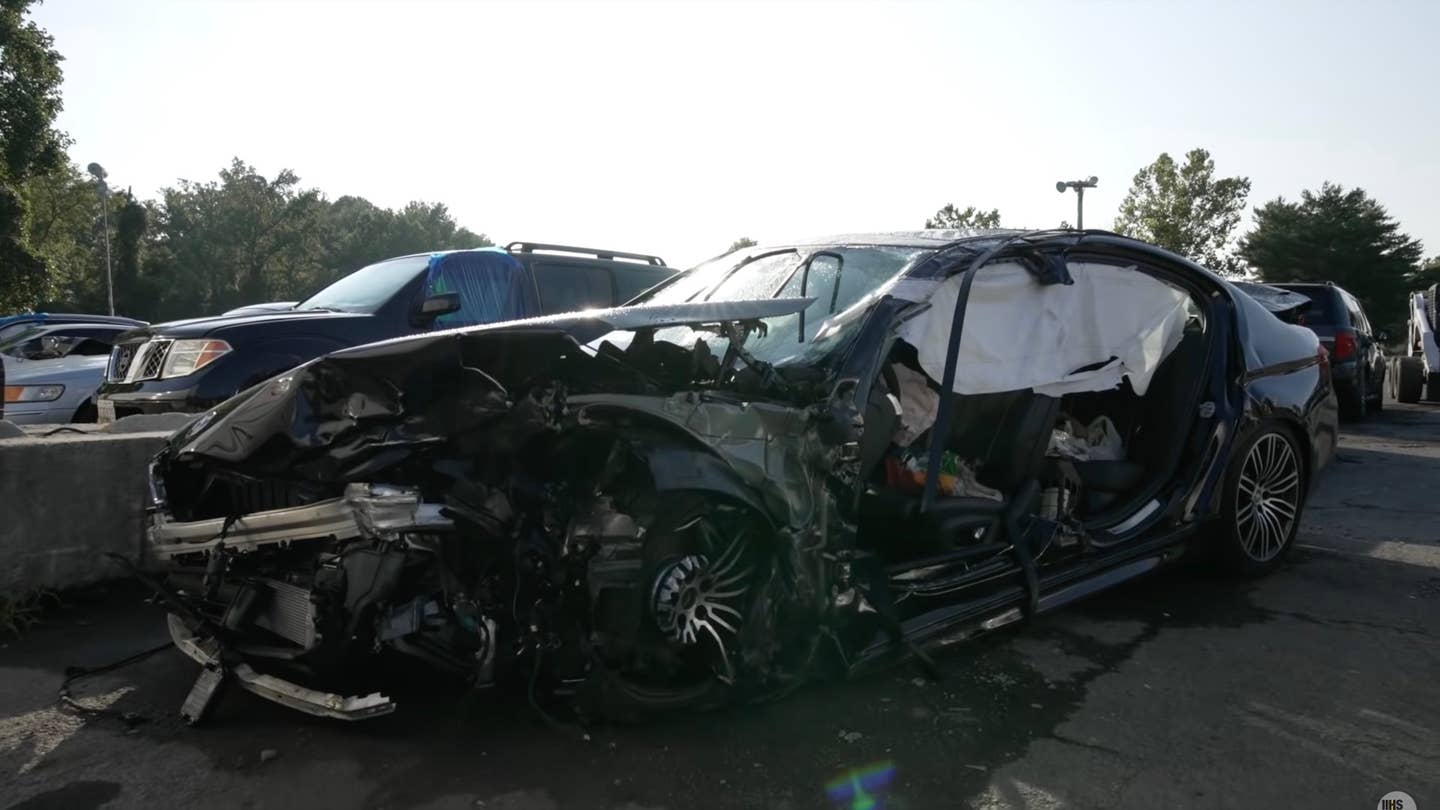 Our society's worsening atomization means fewer and fewer of us have the privilege of understanding the effect we have on our world. Sometimes, though, something reverberates loud and clear from out of the blue, and the impact we've made hits us in the face. It can even do so literally, as it did in the case of former Insurance Institute for Highway Safety President Adrian Lund, who survived a high-speed head-on crash he thinks would've been fatal just a decade ago.

Lund, who served as the IIHS's president from 2006 to 2017, recalled in a video on the crash that he left his home in Virginia one Saturday morning last August in his 2020 BMW 540i, bound for Savannah, Georgia. He had only driven 15 miles when his memory became a blur of "thunk" noises and a spinning sensation. What had happened was he had collided head-on with a 2016 BMW 228i, whose driver had apparently made a U-turn on the highway before driving the wrong way at around 50 mph. The result was an offset frontal collision where the vehicles' speeds combined to nearly 115 mph—the kind of crash not survivable for most of automotive history.

Hanging from his seatbelt, though, Lund came to his senses and remembers trying to move his legs and finding that they responded. The crash hadn't broken his legs, much less his spinal cord. Shortly after, he was relieved to see in his window the faces of EMTs, who extracted him from the car with relatively minor injuries: Extensive bruising, some cuts, weeks of dizziness from a suspected concussion, and months of neck pain.

"The emergency teams began to show up shortly thereafter. They kept asking me, 'Are you OK?' I said, 'I think I'm OK. I don't feel anything broken,'" Lund recalled in a video released by the IIHS. "In a crash like this, you don't come out uninjured. Considering the crash I was in, that I had a frontal, followed by a rollover—yeah, I'm pretty lucky. The car did its job."

Minor injuries, of course, is a relative term here, as Lund believes the consequences for such a crash could've included death as recently as a decade ago, while he was still at the IIHS. (The life you save could be your own, as they say.) Unfortunately, that was the outcome for the driver of the oncoming car, an unidentified 29-year-old who was reportedly not wearing a seatbelt and died after being ejected from the wreck. All the safety advancements in the world, after all, don't count for anything if you don't heed the most basic of safety rules: Buckle up.

Clarification: This headline has been updated to be more clear about the nature of the IIHS chief's crash; he said the combined speed of that crash was 115 mph.

It comes down to two things: technique and gear.

The standard feature will prevent the transmission from shifting out of Park unless the driver’s seatbelt is buckled.