Carbon Fiber Is Coming to High-Speed Trains. It’s About Time

The biggest name in composite materials remains a rarity in the rail industry, but it’s finally finding its way in. 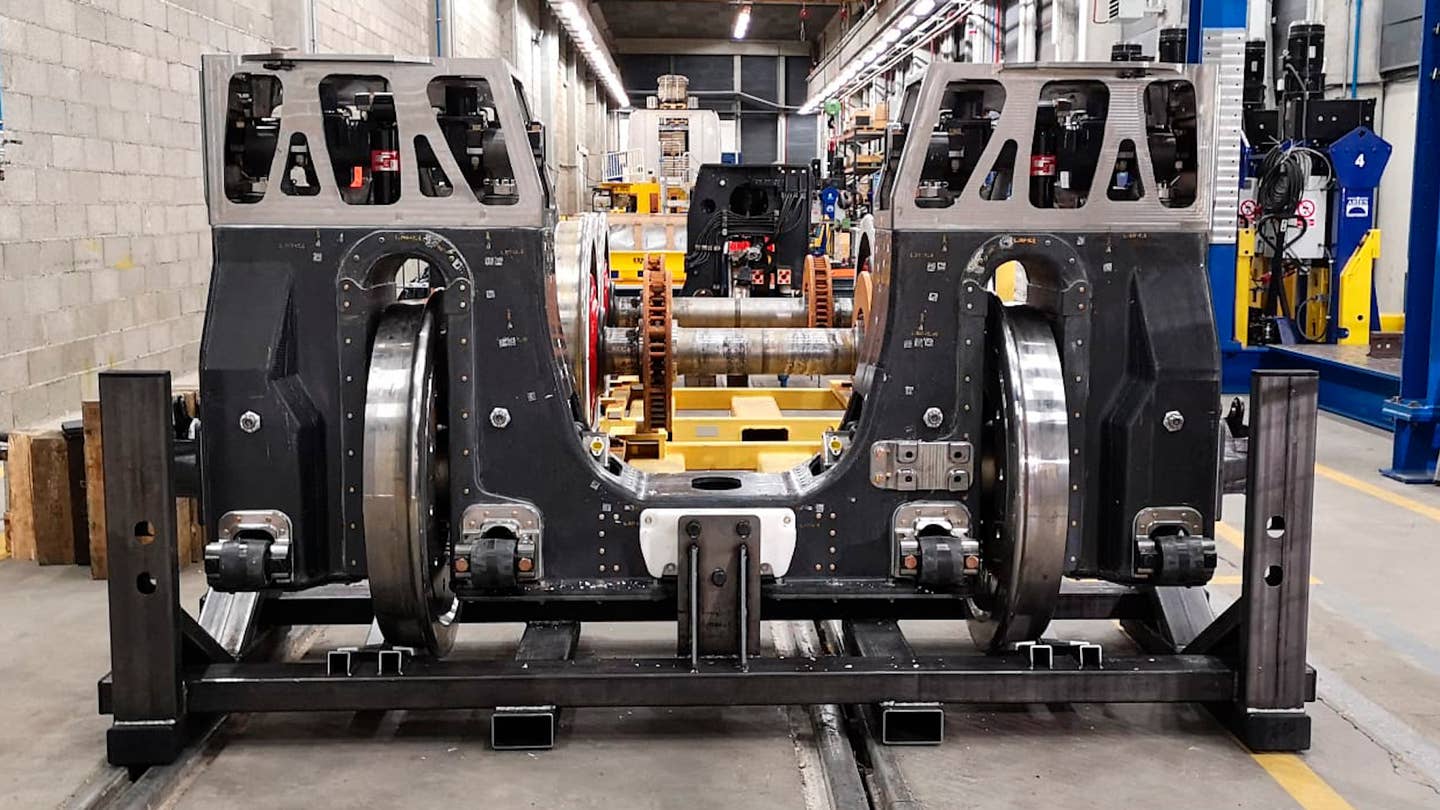 Carbon fiber's rapid embrace by the aerospace and automotive industries means it's only a few years from being commonplace. I mean, you can already get the stuff on a Toyota Corolla for Pete's sake. One place where it hasn't been adopted as rapidly is the rail sector, which nevertheless looks to the lightweight material with excitement, and is finally exploring its potential with lightweight rail bogies that can halve each unit's weight.

Talgo, the Spanish rolling stock manufacturer, has developed a carbon fiber-reinforced polymer (CFRP) prototype of its proprietary rodal bogies, those little frames that house the axles and wheels. The rodal design, which is shared between railcars, is touted as a means of reducing weight according to Railway-News, freeing weight for additional passengers, reducing strain on rail infrastructure, decreasing energy consumption, and reducing maintenance requirements.

Because Talgo says bogies are typically the second-heaviest structural component of a railcar (and bear the heaviest load), the possibilities for weight reduction in its current welded-steel rodals are limited. Using CFRP, however, has allowed Talgo to reduce the prototype's weight by 50 percent, all while meeting European standards for rail bogey construction and fire-smoke toxicity. The full-scale test unit is said to have completed both static and fatigue tests—the latter involving over 10 million load cycles—without sustaining significant damage, clearing the way for on-track testing before final approval.

Talgo says the expertise gained from designing and testing CFRP bogies both opens the door for "other primary structural components of the train" (possibly rolling stock frames or bodies) and helped inform standards for use of similar composites elsewhere in the rail industry. As-is, Talgo suggested the tech could be adapted to its other rail vehicles, such as intercity and commuter trains, but it'll first be seen in its new AVRIL high-speed passenger trains.

Running on overhead catenaries, AVRIL trainsets are touted as seating up to 600 people and operating at speeds up to 205 mph. As of 2017, the Spanish state rail service RENFE had contracted Talgo to deliver 30 trains according to International Rail Journal. Talgo says AVRIL will be equipped with variable-gauge bogies to transition between standard and Iberian gauges, which would imply CFRP and variable-gauge capability will be found together in AVRIL units. While not nearly as headline-grabbing a combination of technologies as a gadgetbahn like the hyperloop, it's one with far greater potential to improve the ways we move people and their things about the world.