Mercedes-Benz's iconic off-roader is up for some big changes, but its general blockiness isn't one of them. 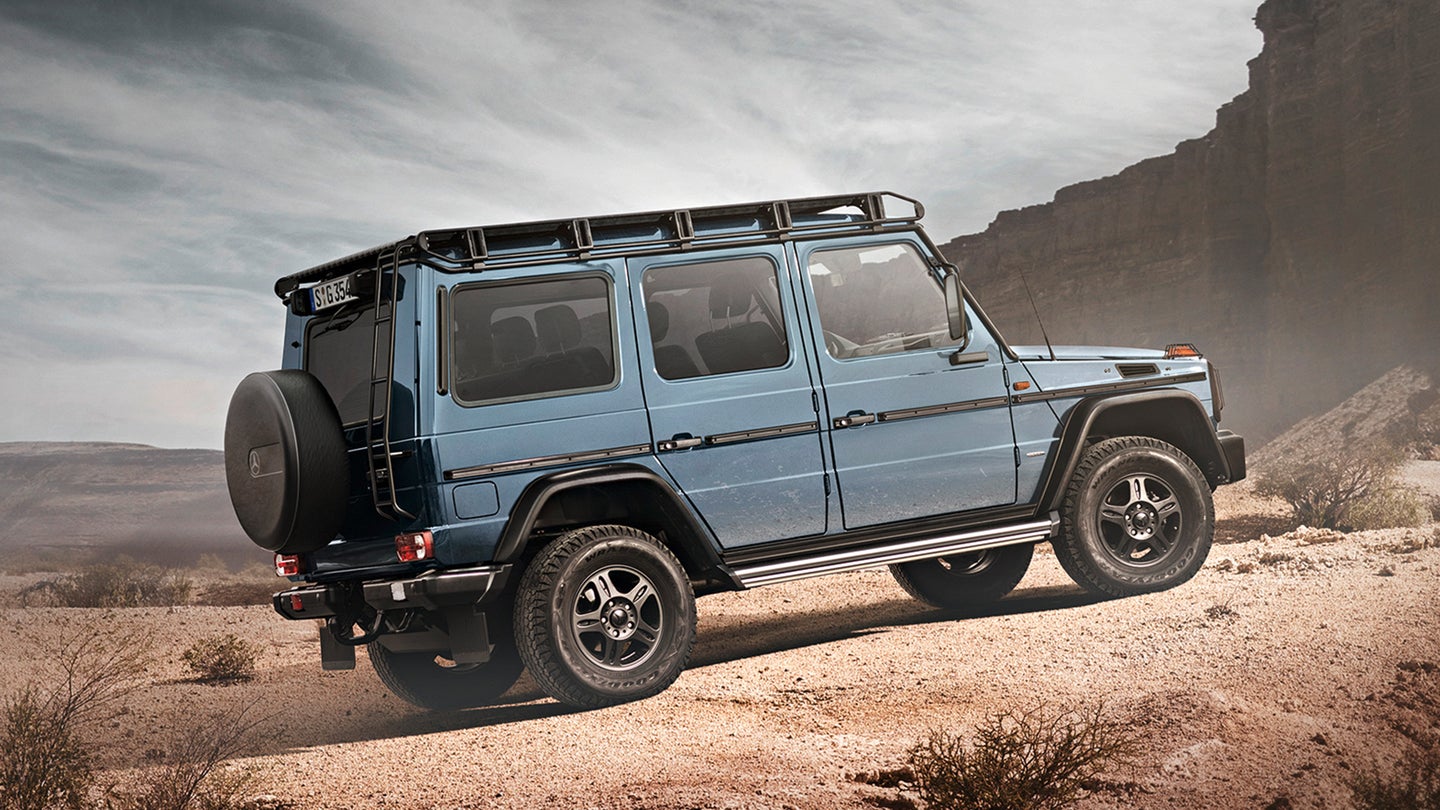 Geländewagen maniacs, it's finally okay to release that deep breath you've been holding in ever since you heard Daimler was redesigning your hero. When the new version of the Mercedes-Benz G-Wagen arrives, it will still look just as squared-off as ever, according to the company's head designer.

"You have to keep [the G-Wagen] boxy," Gorden Wagener, Daimler AG's chief design officer, told Automotive News at the New York Auto Show last week. "You have to treat it very responsible, otherwise it wouldn't be a G. So it still has to be edgy."

But the redesigned G-Class will be plenty different, he said. Every visible part of the SUV (save for a small piece of plastic trim on the C-pillar) will be new, he told AW.

Wagener said Mercedes-Benz's designers took advantage of their chance to update the iconic, utilitarian sport-ute and give it a little additional maturity by tweaking the proportions and smoothing over the rough edges. "You have to clean it up," he said.

The designer didn't specify when the next-generation G-Wagen will make its debut, other than to remark to AW that the new Geländewagen would arrive in the "not too distant future."

And while Mercedes-Benz has been mum on what else the world can expect from the next version of its O.G. off-roader, we at The Drive fully expect that a) it'll be highly competent on any terrain, and b) it'll offer a series of ridiculously powerful AMG-sourced V8 and V12 engines that seem completely counterintutive to its off-road, mil-spec roots. Because anything else just wouldn't be a G-Wagen.