The system is currently in the test phase in Munich. 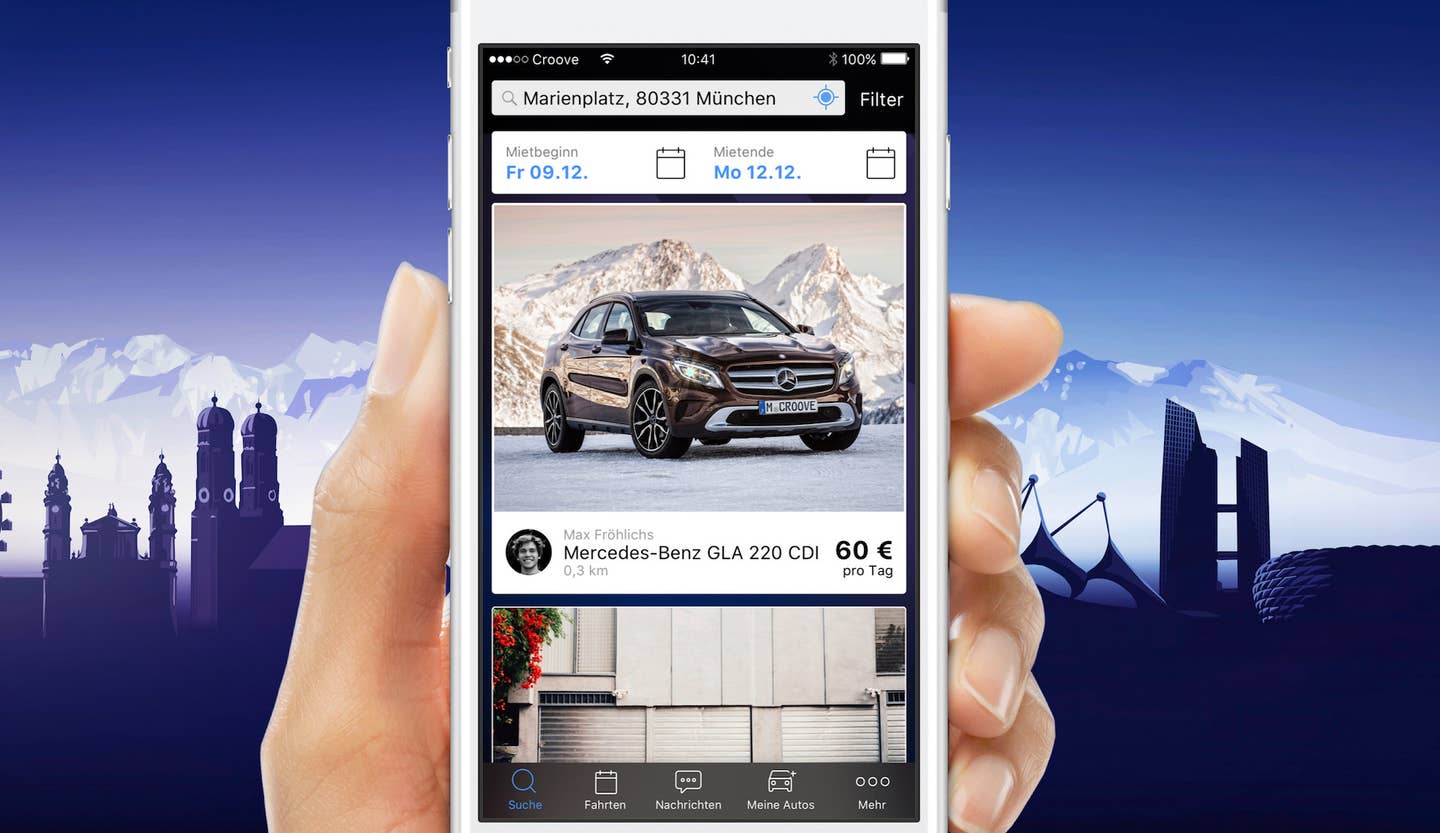 Mercedes-Benz has created a new car-sharing program, Croove, that allows car owners to rent out their cars when they need a little extra cash.

The service, which utilises a smartphone app, allows users to select the kind of car they're looking for. Croovers (yeah, we just made that up) can select specific options, trim levels, models, and other things to help limit what comes up in their area when attempting to book a car.

Unlike many other car-sharing services run by automakers, such as GM's Maven and BMW's ReachNow, Daimler is allowing cars of any make and model—as long as the car is under 15 years old and in relatively solid shape—to be listed for sharing purposes on the app.

Some of you may recall that Daimler actually already has its own car-sharing service, Car2Go, which uses a fleet of Smart cars strategically placed around many urban areas. This means Daimler now has two separate car-sharing services...which is something of a statement on how important the automaker considers alternatives to owning a car to be for its bottom line.

"On average, a car is parked up for 23 hours a day," Daimler chairman Dieter Zetsche said. "Why not make it earn a little money during this time? Car-sharing will be a key element of the mobility concept in tomorrow's cities."

To rent through Croove, users must be 21 or older and have a valid driver's license. For now, the system is currently in the testing phase; it's only available in Munich and can only be used from Apple iOS devices. So if you're over in beautiful Bavaria and you have a car you want to try making some cash off of, let us know what you think of Daimler's new system.