AAA is getting in on the car-sharing game with a new service that allows drivers to pick up a car and leave it anywhere they want. 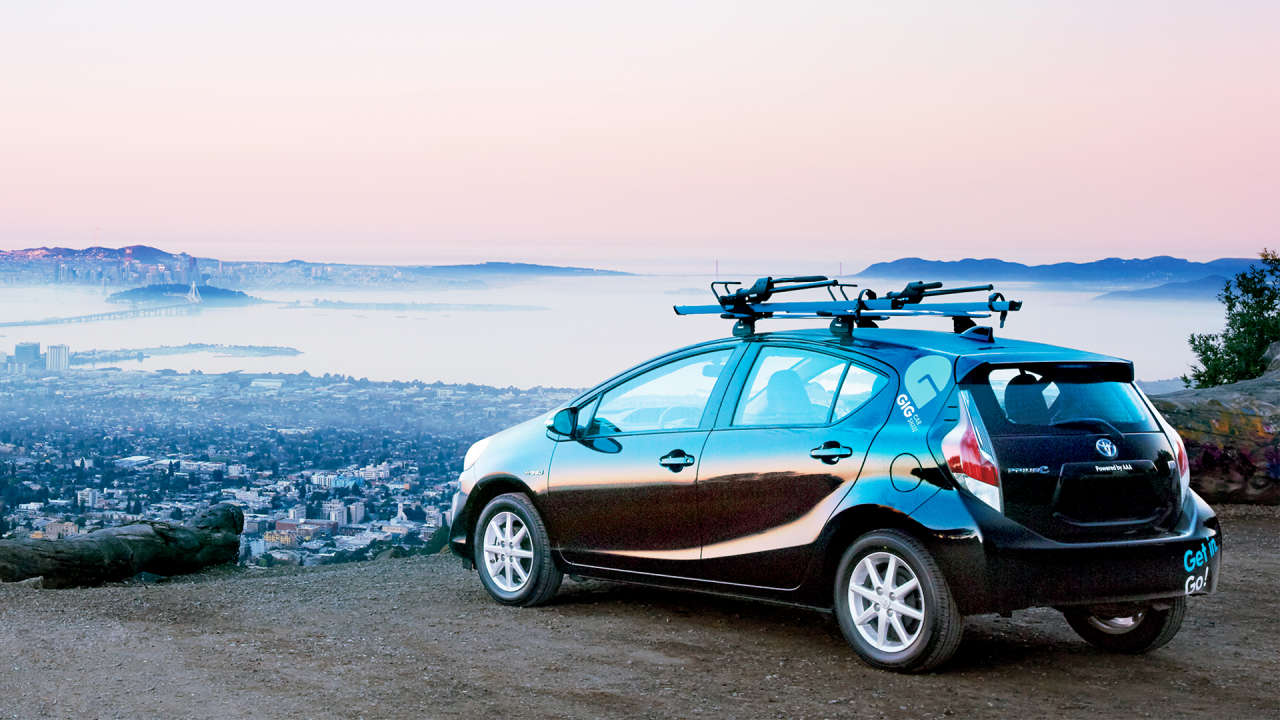 It's no secret that things like self-driving cars, car-sharing services, and electric powertrains have incredible potential to disrupt the traditional automotive environment. But what about other entities based around the current auto industry model?

The American Automobile Association, better known as AAA, has been providing services to drivers for over 100 years, but it's now looking to adapt to a future where the majority of drivers may not own cars, according to Fast Company. The nonprofit even has an "innovation lab" called A3 Ventures, which is launching a pilot car-sharing service called "Gig" in the San Francisco area on April 30.

What makes AAA's Gig different from other car-sharing services is its flexibility. Drivers can take cars on one-way journeys, picking them up at one spot and dropping them off at another location of their choosing. (It's somewhat like Daimler's car2go or BMW's ReachNow, but not affiliated with a manufacturer.) The service is meant to offer users greater value, and is being launched with the help of the cities of Oakland and Berkeley.

All of Gig's cars are Toyota Prius C hybrids. The service is open to anyone, not just AAA members. Users can reserve cars with a smartphone app, and unlock them using a phone or RFID-equipped membership card. When a user reaches their destination, they can park the car anywhere within a designated "home zone."

The cities of Oakland and Berkeley have agreed to let Gig uses 250 public parking spaces for its cars, including some that are normally metered. Both parking and fuel are included in the rental fee, which includes a $2.50 minimum charge per trip. For a return trip, users simply grab another car.

AAA says the Gig model is better for consumers than other car-sharing services because users only pay for the time they are actually using a car, rather than renting one for a set block that may include time when the car is parked. It should also prove convenient for drivers not planning to maker a return trip in the same direction.

By letting users make a series of one-way trips, Gig could be a useful to commuters who drive to and from train stations on workdays, among other benefits. Filling the gap between mass transit stations and commuters' homes—the so-called "last mile" problem—has become an issue for policymakers. Last year, the town of Summit, New Jersey, elected to subsidize Uber in order to get residents to its commuter rail station, which officials viewed as a cheaper alternative to adding parking at the station.