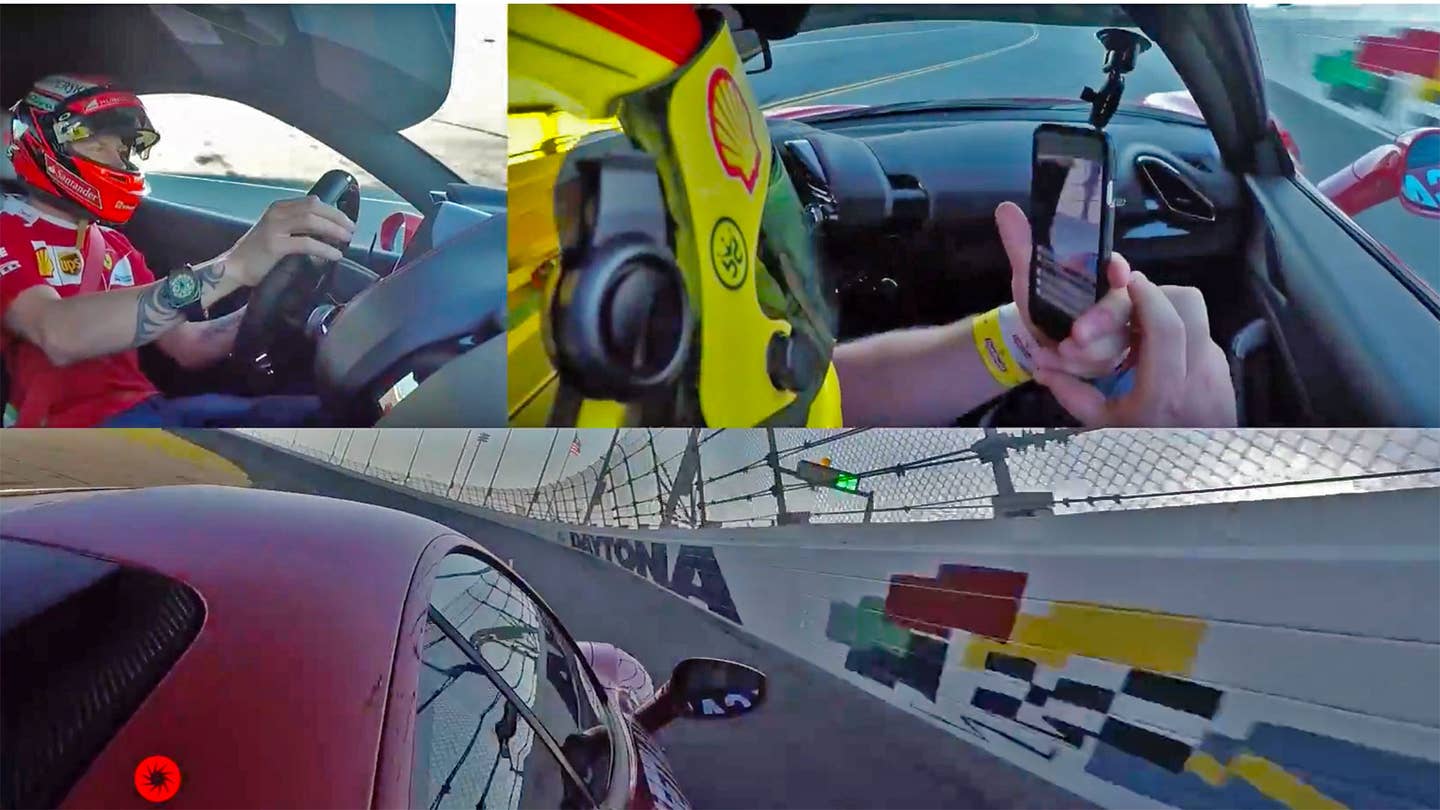 When it comes to catching the eye of Google, tying a whole bunch of search terms together can sometimes be your friend. At the very least, it gives readers who happen to be walking their eyes down their social media feeds more nouns for their eyes to latch onto. So as a news writer, when you can put “Kimi Raikkonen,” “John Hennessey,” “Ferrari 488,” and “Daytona” all into one headline...you take that opportunity, and you don’t ask too many questions.

The video in question featuring all those search terms comes from Hennessey Performance’s YouTube account; there also appears to have been some sort of sponsorship from Shell, based on the logo clinging to the bottom left of the video, but it’s never quite elucidated in the video. The clip comes from the recent Ferrari Finali Mondiali in Florida, where Ferrari sold the 500th LaFerrari coupe to benefit earthquake victims. It’s also worth noting the video we posted of a Ferrari FXX K running the same course at Daytona—mostly to compare the bonkers speeds Raikkonen’s talented hands are able to carry the car through the turns with, in spite of the 488 having barely more than half the horsepower of the hybrid track-only hypercar.

The video’s simultaneous-three-angle viewpoint is a little confusing at first, but after a few seconds, your brain adapts to it, skipping from one angle to the next. It’s worth the trouble, though. As far as online video distractions go, it’s hard to watch a Formula One star push a Ferrari to its limits on a racetrack....especially when you also have John Hennessey providing vaguely Ricky Bobby-esque commentary from the passenger’s seat.