Maranello whipping up one more hypercar to help those in need. 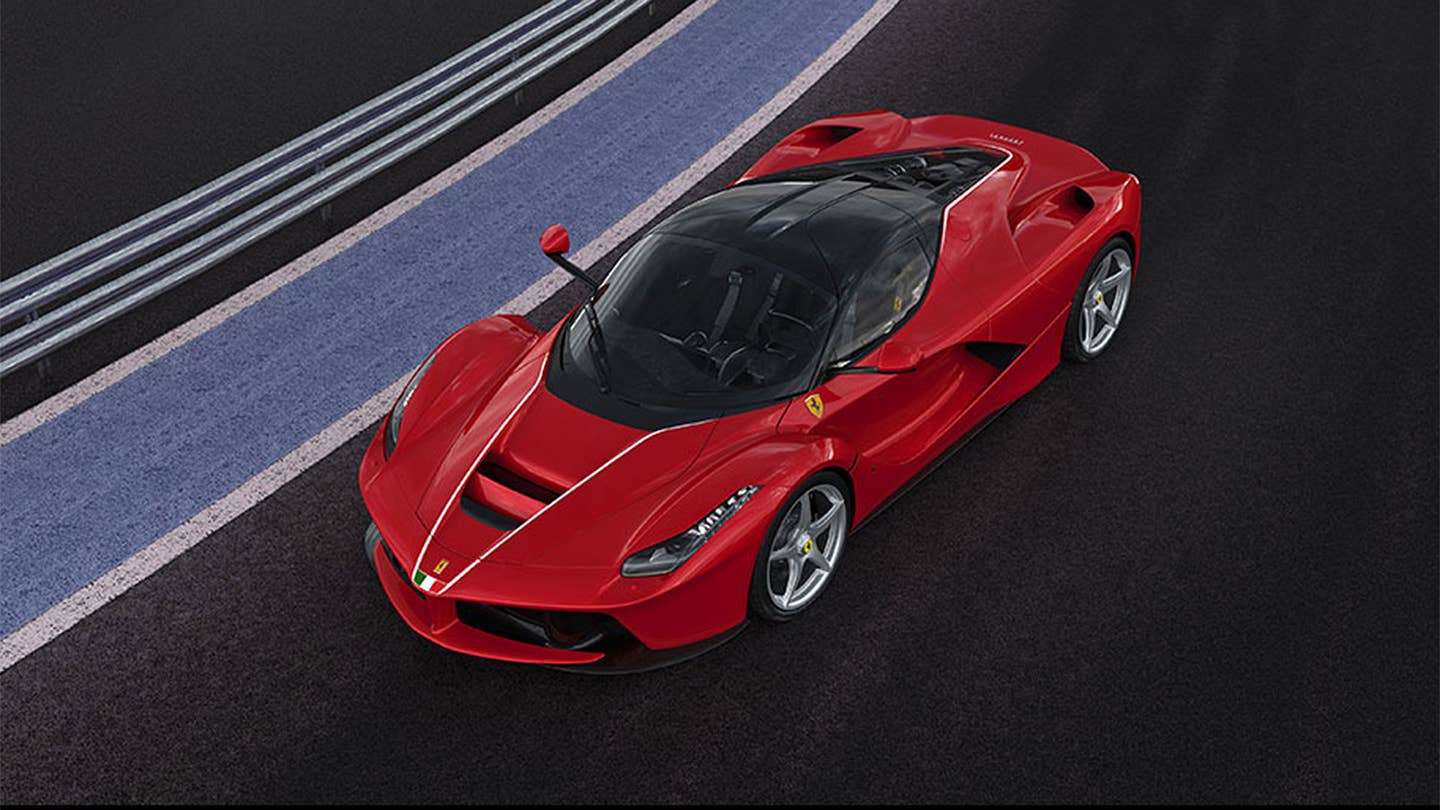 Rumor has it Ferrari has, from time to time, quietly fudged the production numbers for its limited-edition supercars—but in this case, the carmaker is doing it for a good cause. Together with RM Sotheby’s, Ferrari will auction off an extra LaFerrari next week to benefit earthquake victims in Italy.

While the original production run of the hardtop Ferrari LaFerrari was limited to 499 units (not counting the 200 LaFerrari Spiders, of course) , Maranello has whipped up one final 949-horsepower hybrid coupe. As is befitting a special car being auctioned off to aid the automaker’s native land, the 500th LaFerrari will be outfitted with a one-off livery, with its red-and-black exterior accessorized by white pinstriping and a subtle Italian tricolore on the prow. The car has also been outfitted with a unique interior, though Ferrari didn’t make pictures of it available; and as you’d expect, it will come with a bespoke plaque touting its unique origins.

“The earthquakes which have struck Central Italy this year devastated the lives of thousands of people, and the money raised by the sale of this LaFerrari could not be put to a better use,” RM Sotheby’s chairman and CEO Rob Myers said in a statement. “The generosity of Ferrari SpA will change lives in the areas most affected by the natural disaster.”

Proceeds from the car’s sale will go towards rebuilding the central Italian areas ravaged by a series of earthquakes in August and October this year. The series of quakes left more than 300 dead and more than 100,000 homeless, according to Italian news sources.

This isn't the first time Ferrari has auctioned off a car for charitable purposes. The company donated the final Ferrari Enzo to the Vatican, which then proceeded to sell it off to benefit the victims of the 2004 Indian Ocean tsunami. Maranello also previously auctioned off a special 599XX and a F430 to help those affected by the Emilia Romagna and Abruzzo Italian earthquakes, respectively.

The auction will take place on December 3rd, at the Ferrari Finali Mondiali event in Daytona Beach, Florida. RM Sotheby’s didn’t mention how much it expected LaFerrari finale to go for when the hammer falls, but considering the Finali Mondiali unites many of the company’s wealthiest fans for the Ferrari Challenge World Championship, there’ll be plenty of folks with money to burn on hand.