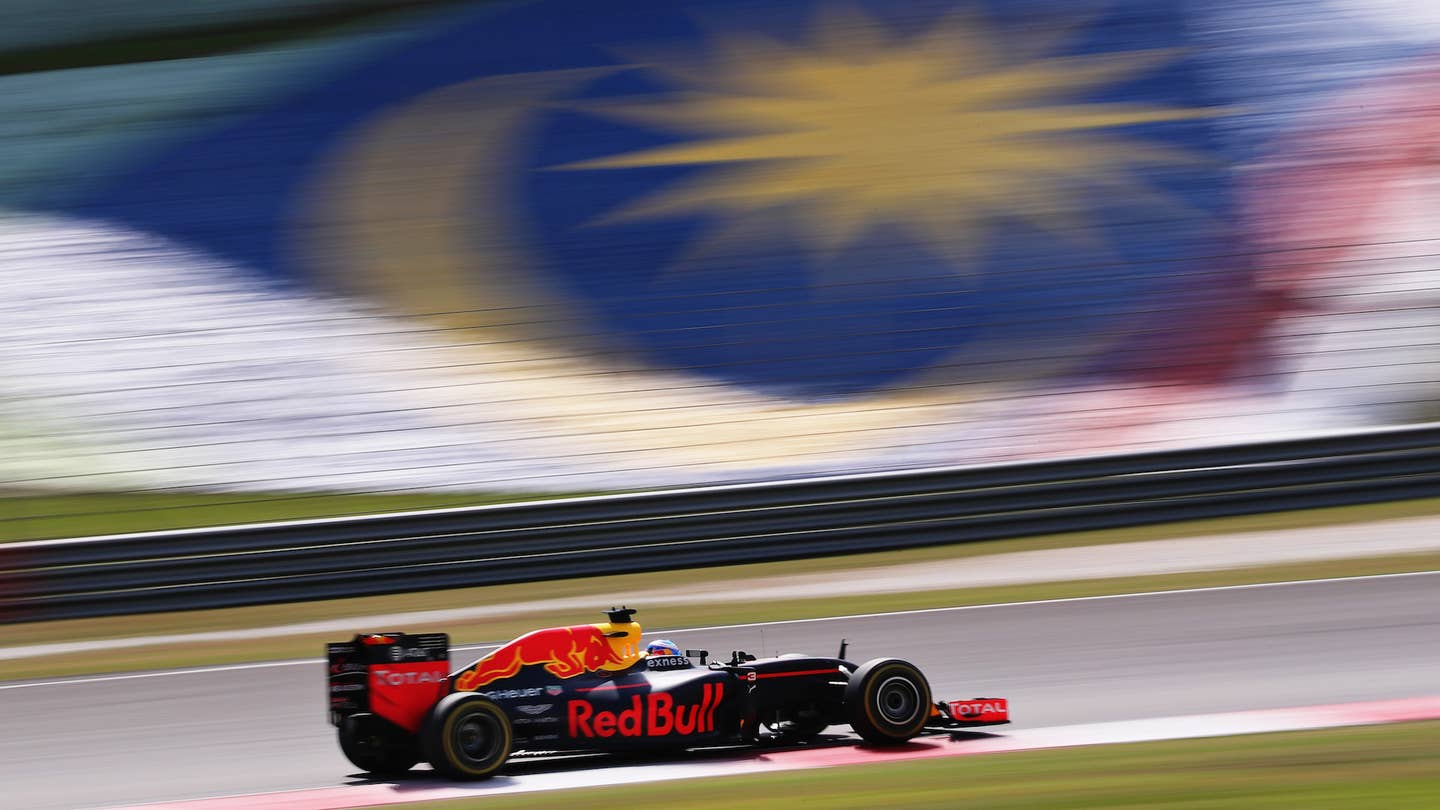 Bad news for Asian racing fans. Formula 1 could see the Singapore and Malaysia races disappear from the calendar after their contracts expire in 2017 and 2018, respectively. Government officials are in no rush to renew them, with both races saying the sanctioning fee is becoming prohibitively expensive.

According to Formula One Management head honcho Bernie Ecclestone, Singapore is looking to drop the race after 2017, as it has reached the goals the set out to achieve when they hosted F1’s first night race in 2008. Ecclestone told Germany’s Auto Motor und Sport, “Singapore was suddenly more than just an airport to fly to or from somewhere. Now they believe they have reached their goal and they do not want a Grand Prix anymore.”

Malaysia is debating leaving the sport the following year, as its contract ends after the 2018 race. Sepang International Circuit already hosts MotoGP, and the nation's minister of youth and sports, Khairy Jamaluddin, believes that series should be the country’s focus going forward. MotoGP brings more money to the country thanks to sell out crowds and lower sanctioning fees. Having riders in the MotoGP ladder system doesn’t hurt either.

Jamaluddin also tweeted that the first mover advantage Malaysia once had in F1 was gone. When they first entered the sport in 1999, the race was the only Asian race outside of Japan. Jamaluddin believes the proliferation of races in Asia, including the night race in neighboring Singapore, have driven down attendance over the years.

These aren't the only potential changes in the next few years for the F1 schedule. The Brazil, Canada, and Germany races are all currently on the chopping block for 2017, thanks to high sanctioning fees; should Malaysia and Singapore stick to their guns, F1 could be down five tracks by the 2019 season.

Which would likely be six tracks facing the axe, if not for the sell-out crowd at Circuit of the Americas this year. (Thanks, Taylor Swift!)