Watch Vaughn Gittin Jr. Drift Over Half a Mile in His 750-HP Ford Mustang 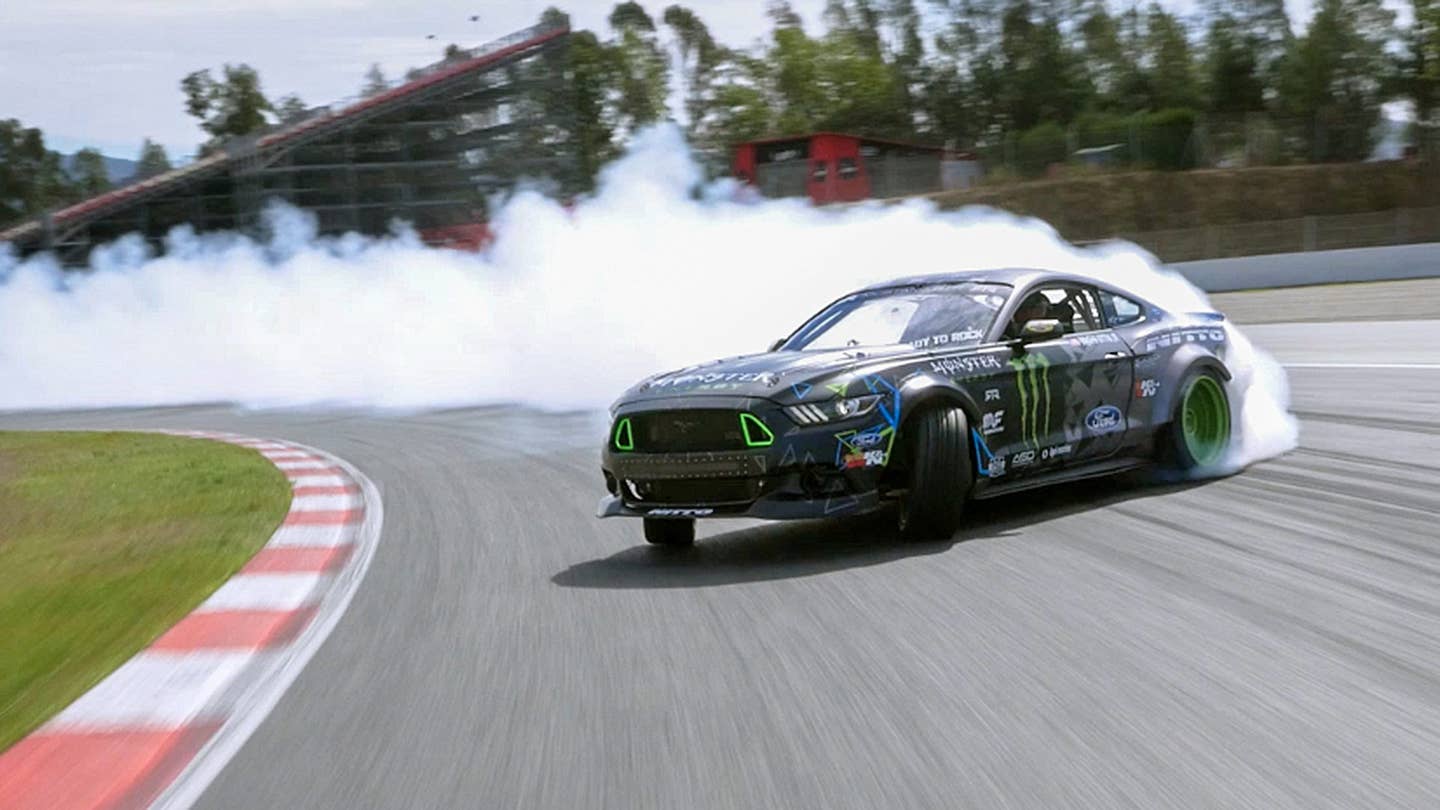 We kind of doubt professional drifters ever wake up loathing their jobs, but hey, even sliding cars around might grow monotonous after a few years. Which is why it’s important even for those pros to break out of their comfort zone and try something nutty—like, say, drifting a Ford Mustang more than half a mile in one go, as Vaughn Gitten Jr. did recently.

For Forever Drift, as Ford Performance calls the video that came about as a result, Gitten brought his 750-horsepower supercharged Ford Mustang RTR Spec-5 D to Spain’s Formula One track, the Circuit de Barcelona-Catalunya. (Troy McLure moment: You might remember this track from such notable Internet videos as Sebastian Vettel Drifting the Ferrari LaFerrari Aperta!)  There, Gittin tossed his ‘Stang into a 3,200-foot drift that carried him and his through two entire turns of the race course.

“I was a bit skeptical as to whether or not I was going to be able to carry enough speed out of Turn 2 and maintain the momentum and wheel speed to link all of Turn 3,” Gittin said in a statement. “ [I’ve] never been at a sustained angle for that long in my 14 years of drifting.”

As you’d expect from people who’ve had a close working relationship with Ken Block and the Gymkhana series over the last few years, the mega-drift was captured in extreme detail by more cameras than you’d see on your typical shoot for a big-budget Hollywood blockbuster. It’s the sort of clip that reminds you how much damn fun it can be to send cars powersliding around...y’know, in case you were growing bored of it.