Will Mazda Invite You to Buy the MX-5 Miata RF Launch Edition?

Only 1,000 examples are coming to America—and Mazda decides who gets first crack. 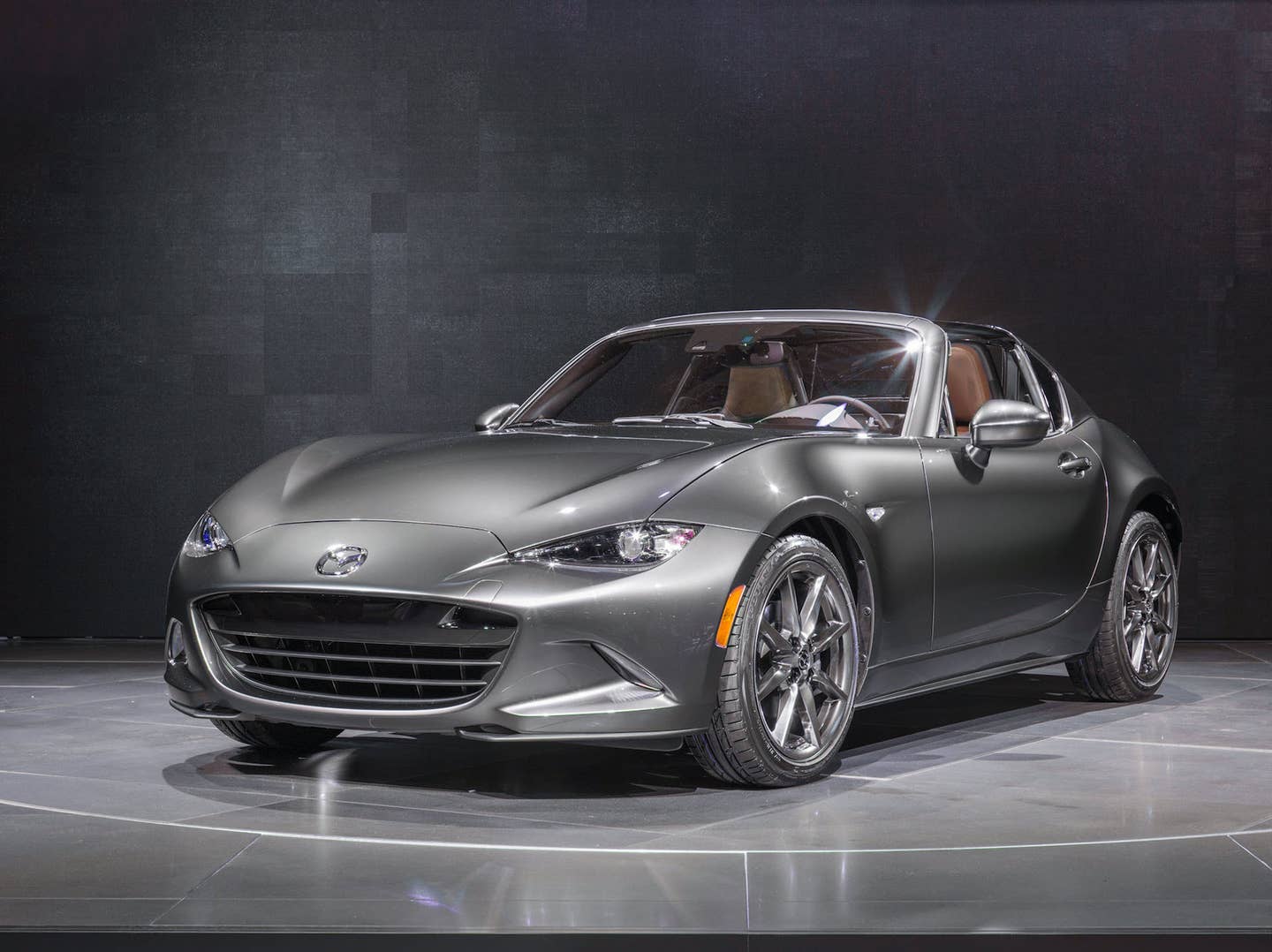 For those who believe manually operating a convertible roof is for the poor, don't fret, because the targa-topped Mazda MX-5 Miata RF is almost here. And to properly commemorate the RF's addition to the Japanese automaker's lineup, the first targa Miatas sold will be the top-of-the-line Launch Edition model.

The Miata RF is essentially a normal MX-5 Miata—just one with an electronically-operated folding hardtop roof instead of the usual hand-operated soft top. It has the same 155-horsepower, 2.0-liter four-cylinder engine and same choice of transmissions as the soft top; aside from the exterior styling and some interior materials, everything else is unchanged. Mazda says the RF maintains the soft top's 50/50 weight distribution, as well as the same surprisingly-decent amount of trunk space.

With the RF Launch Edition, buyers will only be able to buy them in one of two ways: automatic or manual transmission. Otherwise, the Launch Edition only comes one way: Machine Grey Metallic exterior paint, Auburn Nappa leather for the seats, and a hand-painted black roof. If that seems familiar, that's because that is the exact same configuration we saw the RF in when it was unveiled at the New York International Auto Show in April. Owners will also be given a 42mm Tourneau watch, because Mazda apparently wants to show Bentley it's not the only one that can offer boss timepieces.

Only 1,000 Launch Editions will be headed to America, but if you think you can get one by lining up at the dealership like it's some sort of Tesla...nope. Mazda will send out emails to the people it thinks might be deserving of one. Those people will get a set amount of time to put their orders in; if there are any left over, then pre-orders will open up to the public.

Non-Launch Edition RFs are on schedule to arrive at dealerships in America in early 2017. Pricing for these cars has not yet been confirmed, but The Drive previously reported that the targa-topped models will likely be somewhere between $1,500 and $1,800 above the price of the soft-top cars.