Bremach says it will refund all vehicle deposit holders, which means the Taos SUV won’t be here any time soon. 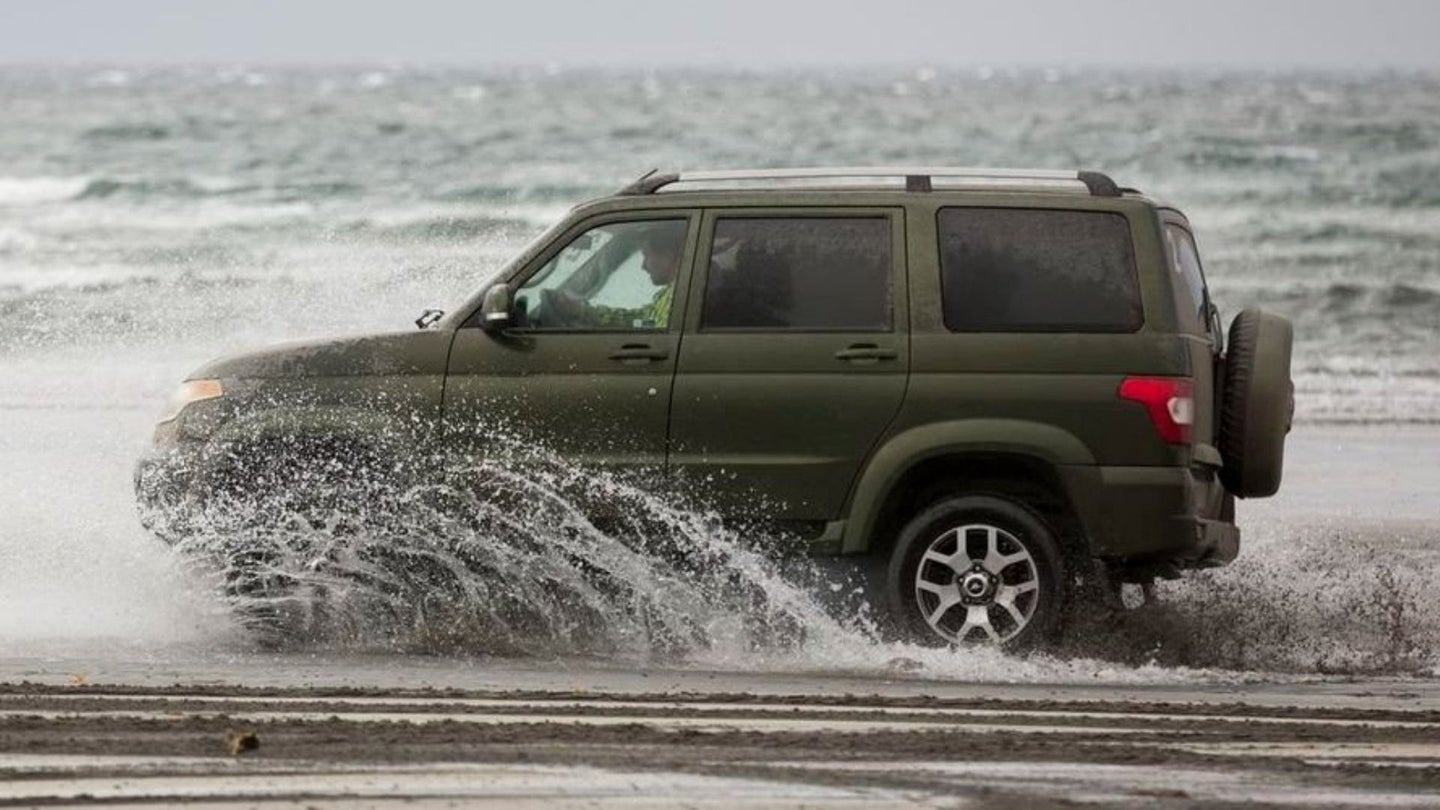 Many companies with ties to Russia are feeling the heat as the conflict in the Ukraine continues to disrupt lives and communities. It's creating a web of international financial complications aside from the invasion itself, and businesses in Russia, including those in the automotive industry, are finding it impossible to keep the lights on as restrictions tighten down. Last week, for instance, Russian automaker Lada stopped production due to sanctions that prevent the company from receiving supplies.

Now American company Bremach, which represents Russian Ulyanovsky Avtomobilny Zavod (UAZ) off-roading vehicles in the U.S. market, has announced it is following suit. Not only is the importer halting sales, it's refunding all deposits for the SUV. On the Brembach USA site, the company has placed a can't-miss banner proclaiming its status: “For understandable reasons, all Bremach operations are suspended and vehicle deposit holders will be refunded."

From the 1950s until it folded its Italian operations in 2018, Bremach built giant work trucks. Hanging on by its fingernails, the American branch of the company paired up with UAZ to stay afloat. Depending on what happens next, that could prove to be a substantial blow to the company.

If reports that the company has received 38,000 $100 deposits for the SUV model (called Taos) are true, Bremach is going to be feeling the pain. The importer debuted its 4x4 SUV at the Los Angeles Auto Show last November and forfeiting all of those deposits, not to mention actual sales, is a major hit.

Close in size to a Jeep Wrangler Unlimited, the Bremach SUV is pointedly streamlined, devoid of what it calls "fancy screens" in a press release about the vehicle. With a price point at around $26k, anything fancy is off the table. Based in California, Bremach was preparing to receive parts from Russia and assemble the SUVs in the U.S., which circumvents the "Chicken Tax" tariff on imported trucks. And Bremach was planning to make some adaptations to the Taos for the American market with the support and blessing of UAZ's engineers.

The importer was poised to aggressively pursue its competition in the 4x4 SUV segment, and it sounds as though it would do pretty well. Hopefully, it will hang on through this crisis so we can get a look at these vehicles stateside.

UAZ in the USA: Rugged Russian SUV Will Be Sold Here for Around $26K

It comes with a 10-year powertrain warranty, can be ordered with a manual, and will supposedly offer a V8 at some point.