UAZ in the USA: Rugged Russian SUV Will Be Sold Here for Around $26K

It comes with a 10-year powertrain warranty, can be ordered with a manual, and will supposedly offer a V8 at some point. 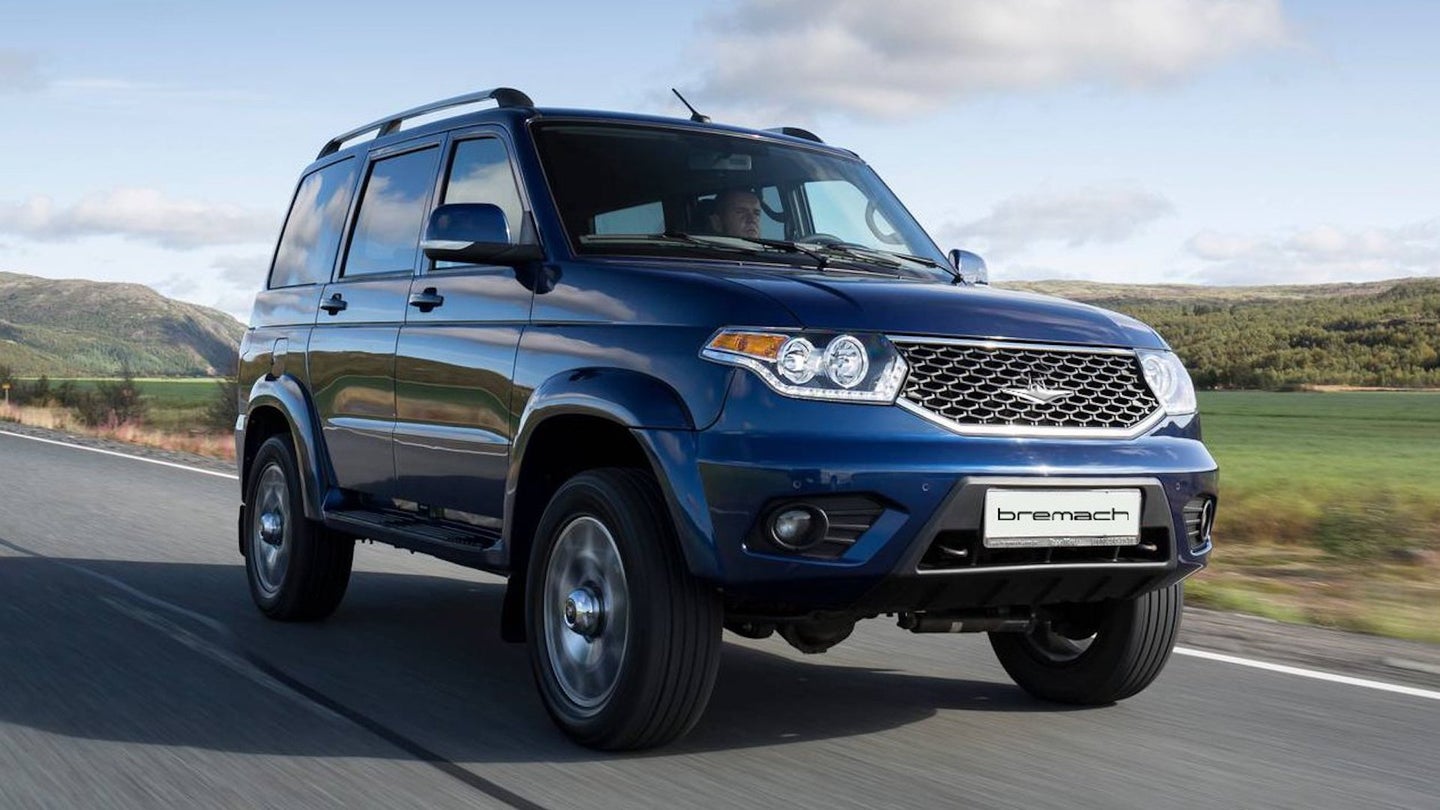 One place where American car buyers aren't spoilt for choice is midsize SUVs—true body-on-frame vehicles, not crossovers. The likes of the Nissan Xterra are all but gone, and the cheapest alternative we have today is the four-door Jeep Wrangler Unlimited, which starting at $34,165 isn't exactly thrifty. Those seeking a small, rugged SUV, though, may be intrigued by an option from Russia with love; the 2022 Bremach 4x4 SUV, which starts at just $26,405 before delivery.

The Bremach undercuts the Wrangler so far by seemingly circumventing the Chicken Tax, with CarScoops reporting the SUV is assembled in Southern California. Bremach claims its SUV is "specifically engineered for, and only available in, America," though its partner UAZ (a Russian automaker) produces a suspiciously similar-looking SUV called the Patriot. That'd date the Bremach to about 2005, though as the entire brand identity of Jeep would have you know, what's old ain't inherently bad.

Jeep is an appropriate comparison, seeing as Bremach's SUV comes in almost exactly the size of a Wrangler Unlimited, being almost exactly as long, an inch wider, and five inches taller. Front coil and rear leaf springs suspend its frame over solid axles front and rear, giving the Bremach modest ground clearance of just 8.3 inches.

Power comes from a 2.7-liter four-cylinder engine, producing 154 horsepower and 173 pound-feet of torque, which are amplified by either a standard six-speed automatic from the Chevy Colorado or an optional five-speed manual. The rest is up to the electronic two-speed, four-wheel-drive transfer case, which boasts a 2.542:1 low-range ratio and a locking Eaton rear axle. Up to 1,157 pounds can be stowed aboard as payload, or 3,306 off it on a trailer. At 13 mpg city and 24 highway, gas mileage isn't exceptional, and it won't improve with the pending addition of a V8 option—not that mileage is a chief concern to anyone driving a V8 midsize SUV. 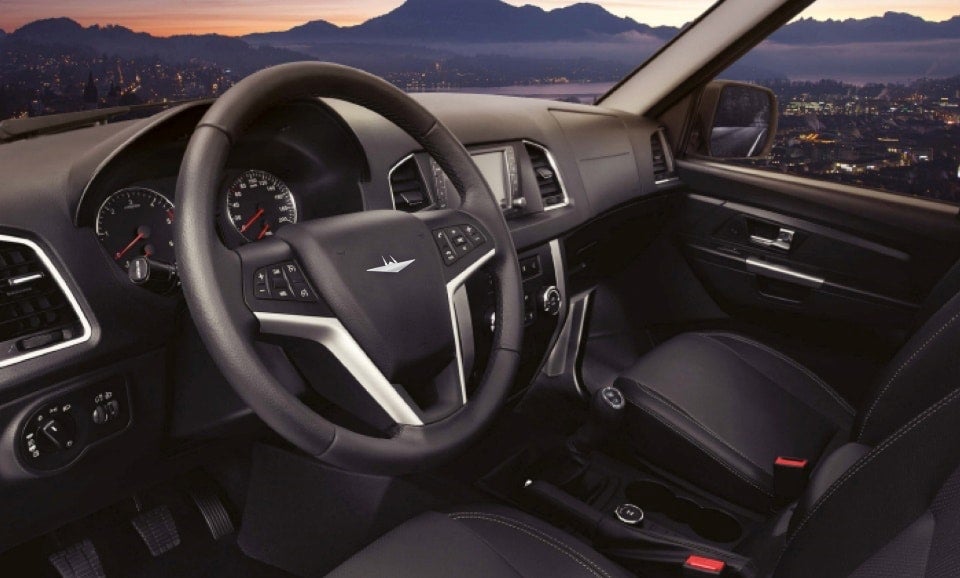 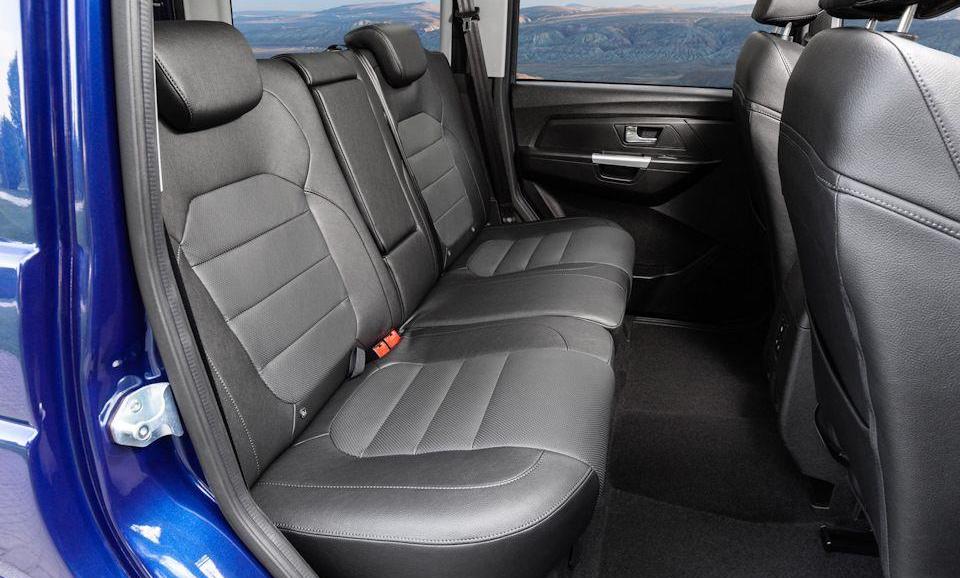 Bremach directly calls out Land Rover and the Lexus LX as its intended competitors on its website, and while it's probably biting off more than it can chew there, its SUV isn't exactly poorly equipped, especially at the price point of its single trim. It has heated leather seats front and rear, a heated leather steering wheel, and even more cowhide on the shifter and handbrake. The windshield and side mirrors are heated too, while the glove box is actually cooled, and has a USB port inside.

That or Bluetooth can be used to connect to the Bremach's seven-inch central touchscreen, which lacks Apple CarPlay or Android Auto. It's not the Bremach's only unsophisticated trait; the rear brakes are drums, its overall styling feels dated, and its power steering is hydraulic (though that's arguably for the better, as demonstrated by the 2022 Nissan Frontier). It does have LED daytime running lights, though, not to mention standard 18-inch alloys. And with the rear seats folded, up to 85.3 cubic feet of cargo space. A Jeep Wrangler only has 72.4.

Bremach says it'll sell these SUVs through dealerships, and will throw in a five-year, 60,000-mile bumper-to-bumper warranty, plus a full-decade, 120,000-mile drivetrain warranty. Maybe that's why Bremach claims to have already received 38,000 $100 deposits, and that's only for the SUV model. There's supposed to be a pickup version, the Brio, undergoing homologation right now, and if it's made available with a V8 and that manual, you can bet Americans will line up out the door for one now that we know the Chevy Colorado isn't getting that combo.