It's tinier than most off-roaders and has seating for nine in four-door spec. What? 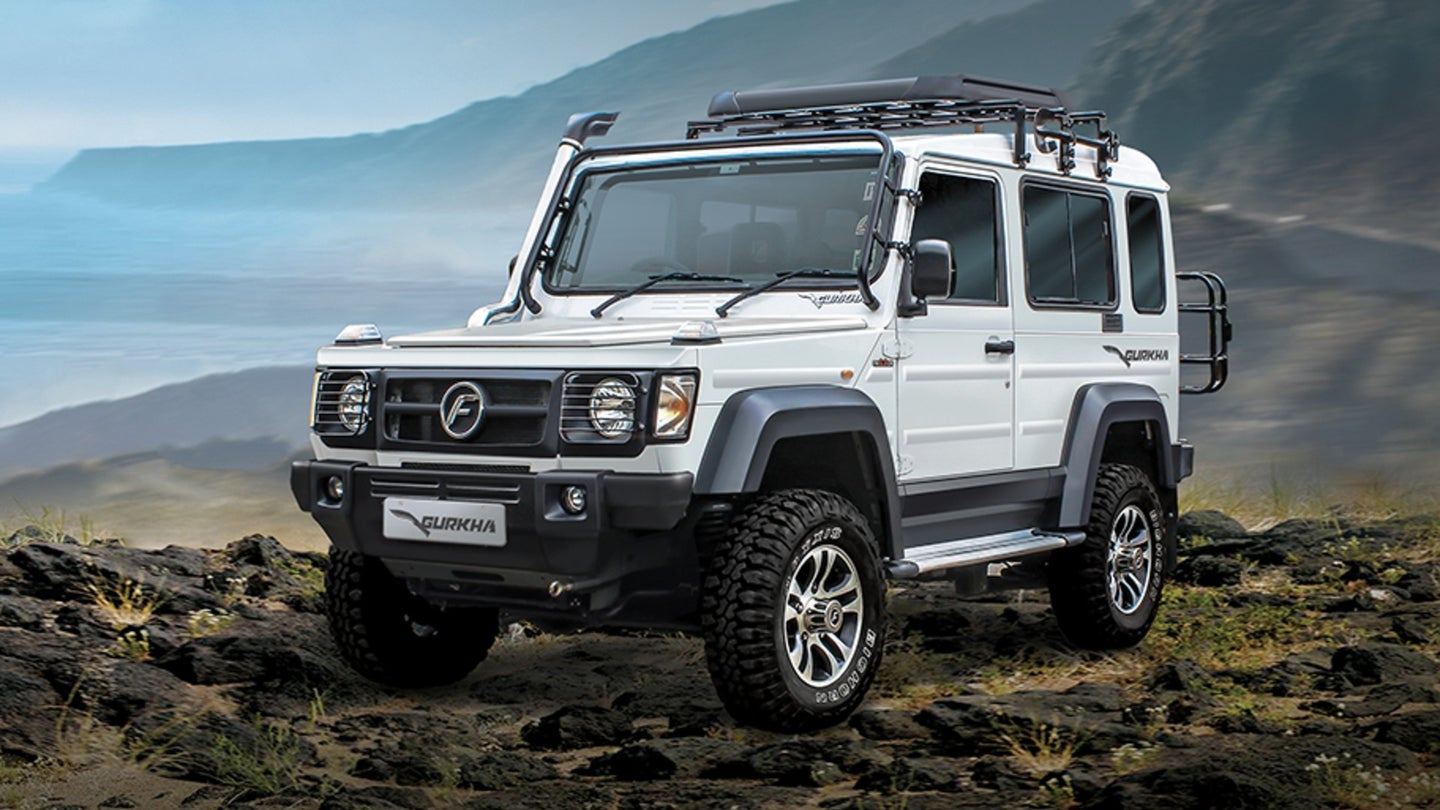 India loves iconic off-roaders—more specifically, the designs of said 4x4 rigs. Mahindra, for example, shamelessly builds the Thar—an undeniable Jeep Wrangler copycat—and the Roxor, which has led to massive legal trouble in the United States for ripping off the Jeep CJ's style. But those aren't the only ones out there who pay tribute to the all-time greats through imitation, as the Force Gurkha sees this approach as the greatest form of flattery for the Mercedes-Benz G-Wagen.

Force Motors isn't shy about it, either. The company's site highlighting the Gurkha makes immediate mention of its classic Mercedes influence, from its boxy styling to the construction of its turbodiesel engines. It's more humble than the fabled G-Wagen, though not incapable, and the looks speak for themselves. 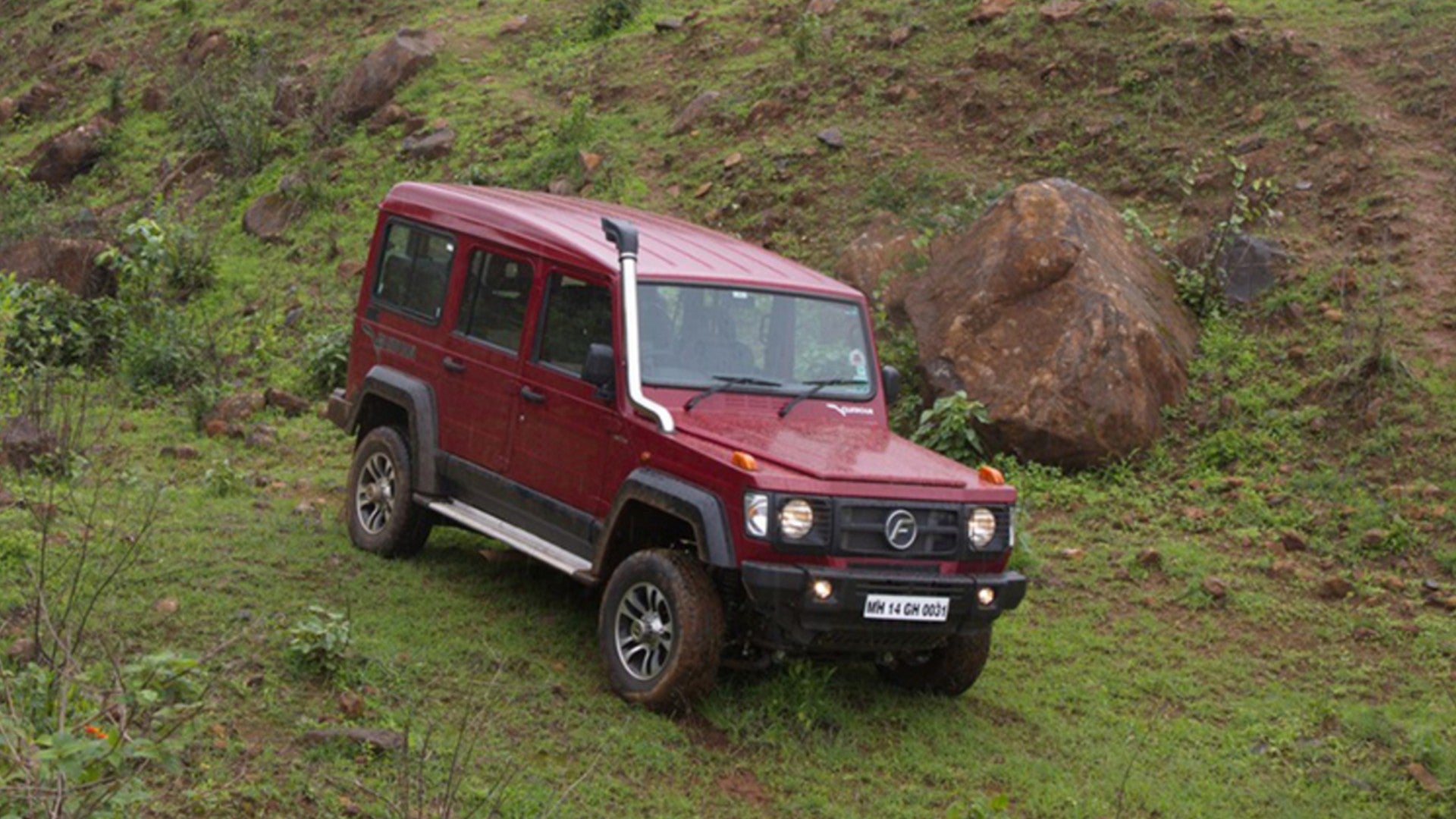 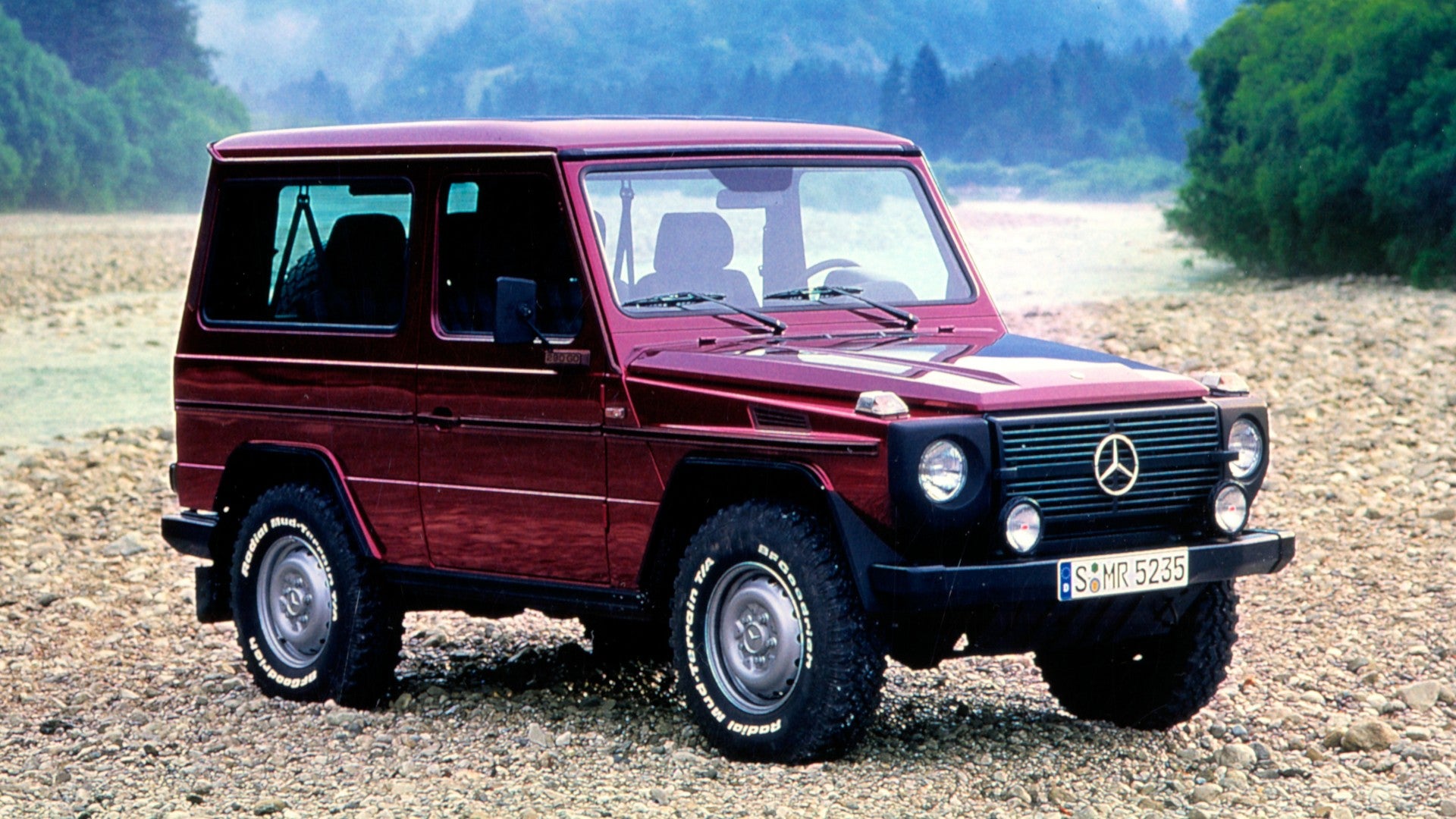 The Gurkha 2.6/4x2 is the most simplistic of them all, with a turbocharged inline-four that makes 85 horsepower at 3,200 rpm and roughly 170 pound-feet of torque. The engine is largely modeled after Mercedes' OM616 oil burner, a power plant that's been in production since 1973. A G28 five-speed manual transmission is the lone option—nice—and a four-wheel-drive version is also available with a two-speed transfer case and locking differentials on both axles. 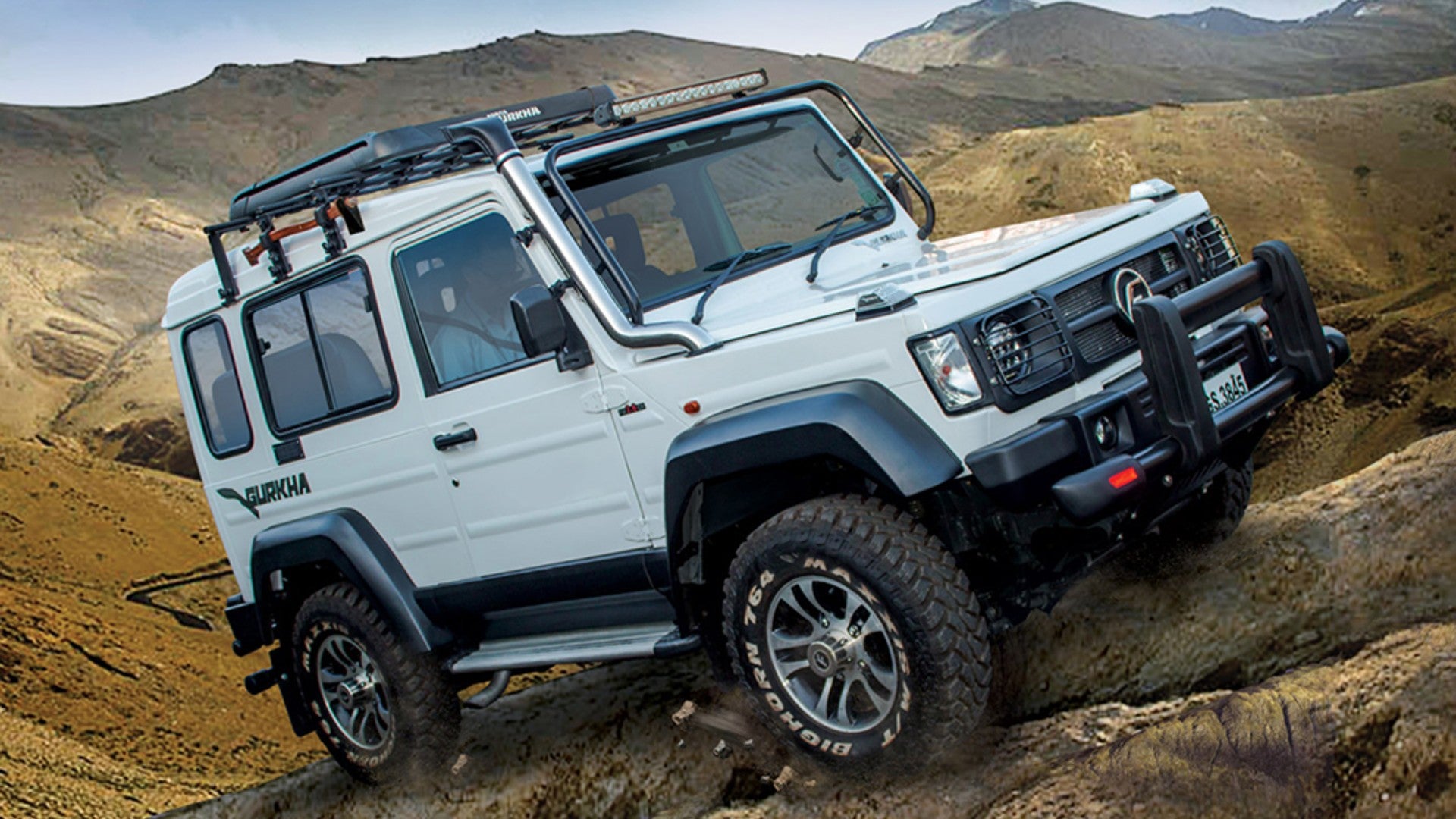 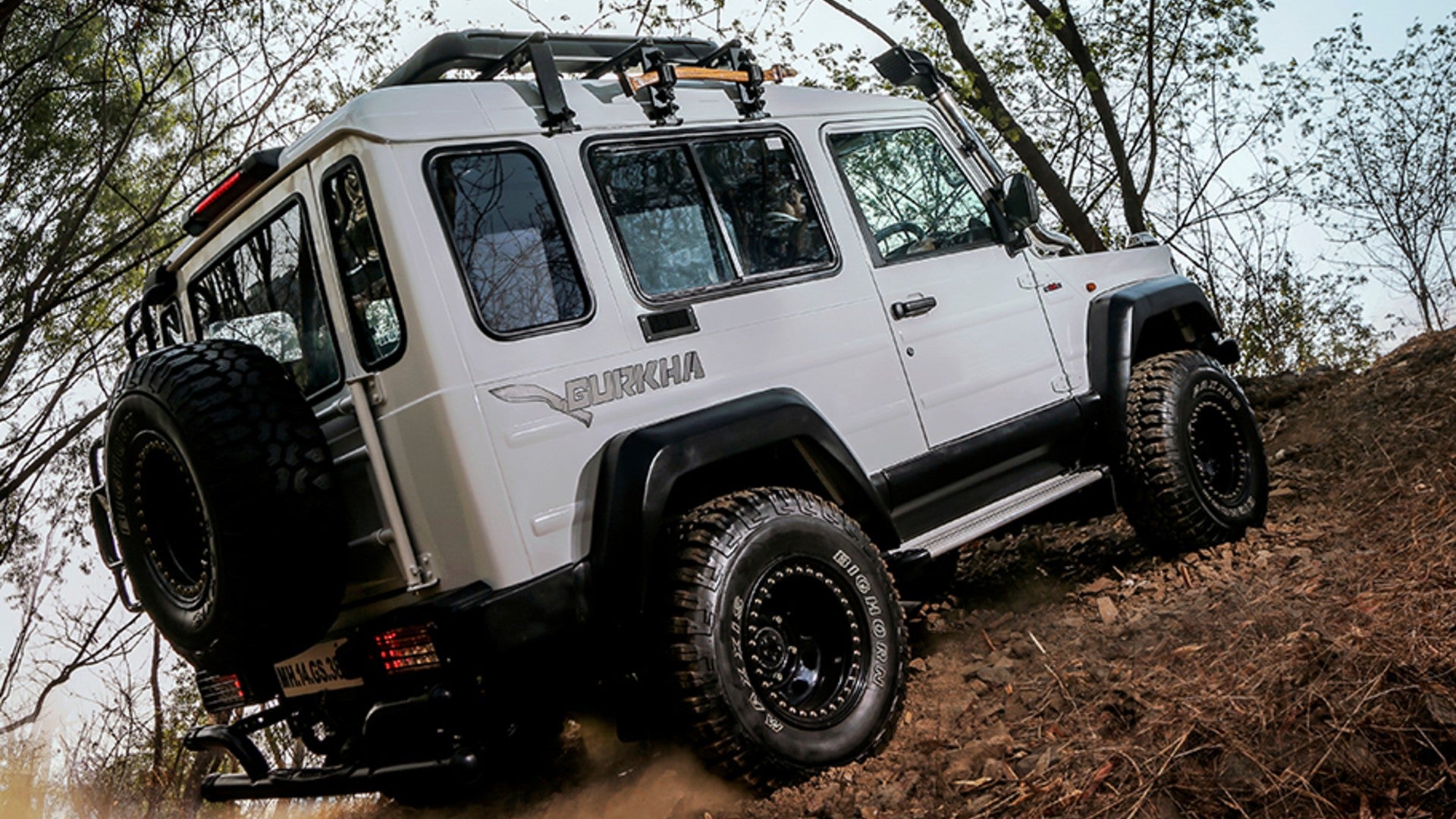 Next is the Gurkha 2.2/4x4, and it uses a smaller yet more potent 2.2-liter turbodiesel four-pot. This one's based on the Mercedes OM611 and features common-rail injection, pushing it to 140 horsepower and 237 pound-feet of torque. A five-speed transmission is the only option available once again while the front and rear axles also feature mechanically locking differentials.

There's a ton of accessories on offer, too, like brushguards and, yes, even snorkels. The idea here is to survive in less-than-ideal conditions, like in the jungle or fording through rivers. An independent front suspension is fitted just like on the new G-Wagen while the rear is solid. Luckily, you won't have to worry about the Gurkha's size as two-door models have a wheelbase of just 94 inches while full four-door variants measure in at 108 inches. For reference, that's two inches shorter than a similar Jeep Wrangler in two-door spec and eight inches shorter than a comparable four-door.

Another interesting tidbit about the Gurkha is its seating layout. You can apparently shoehorn nine people into the 2.6-liter models including the driver thanks to two seats in the front, a forward-facing bench seat in the second row, and four jump seats in the third row. Obviously this wouldn't work for us Americans as we're, um, less compact than Force's target market, but we could at least enjoy the air-conditioned cabin...if we got it here.