They’ll all be painted in Anvil and Billet Silver. 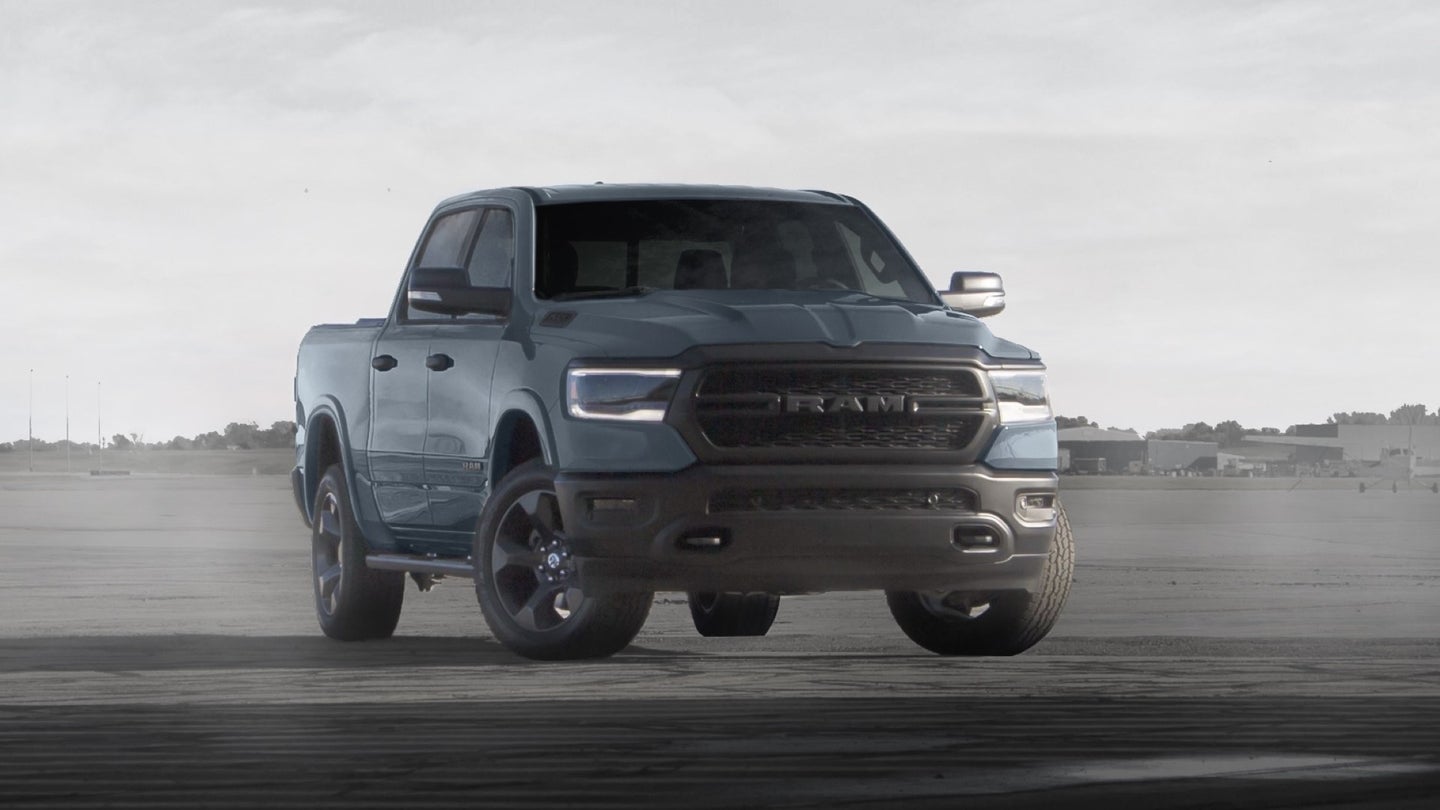 To coincide with the 73rd anniversary of the U.S. Air Force as an independent service this Friday, Ram is rolling out its third set of special edition trucks that pay tribute to America's armed forces. Tipping its cap to the fighters of the skies, 1,000 trucks will be painted in Anvil while another 1,000 will be finished in Billet Silver. All 2,000 trucks get Light Diesel Gray interior accents. Available in all Ram 1500 body styles and powertrains, Ram's latest batch of military-themed trucks will reach dealers in the fourth quarter of 2020.

"Ram continues to honor all of those who serve or have served in the United States armed forces with distinction through our latest 'Built to Serve' offering," said Ram boss Mike Koval Jr. "The 'Built to Serve' adage is something Ram Truck owners, whether civilian or military, are very familiar with as it’s something we strive to build into every truck and van we produce."

Showing off its owners' military pride are American flags underscored by "Built to Serve" decals on each of these trucks' rear quarter panels. Velcro sections on the front seats are also perfect for displaying military patches while PALS/MOLLE webbing on the front seatbacks provides extra storage for every patriots' most important tools.

Making sure its trucks are almost as tough as the men and women they're honoring, Ram has thrown in the 4x4 Off-Road Group of options that includes all-terrain tires, an electronic-locking rear axle, hill-descent control, tow hooks and heavy-duty, off-road shock absorbers all around, as well as skid plates protecting the front suspension, steering gear, fuel tank and transfer case.

Not Only Is Ram Still Making the Last-Gen 1500 Pickup, It’s Got a New Off-Road Package

2021 Ram 1500 and HD Limited Night Edition: When You Want Your Truck to Look Like a Grand Piano

Have fun trying to keep it clean.