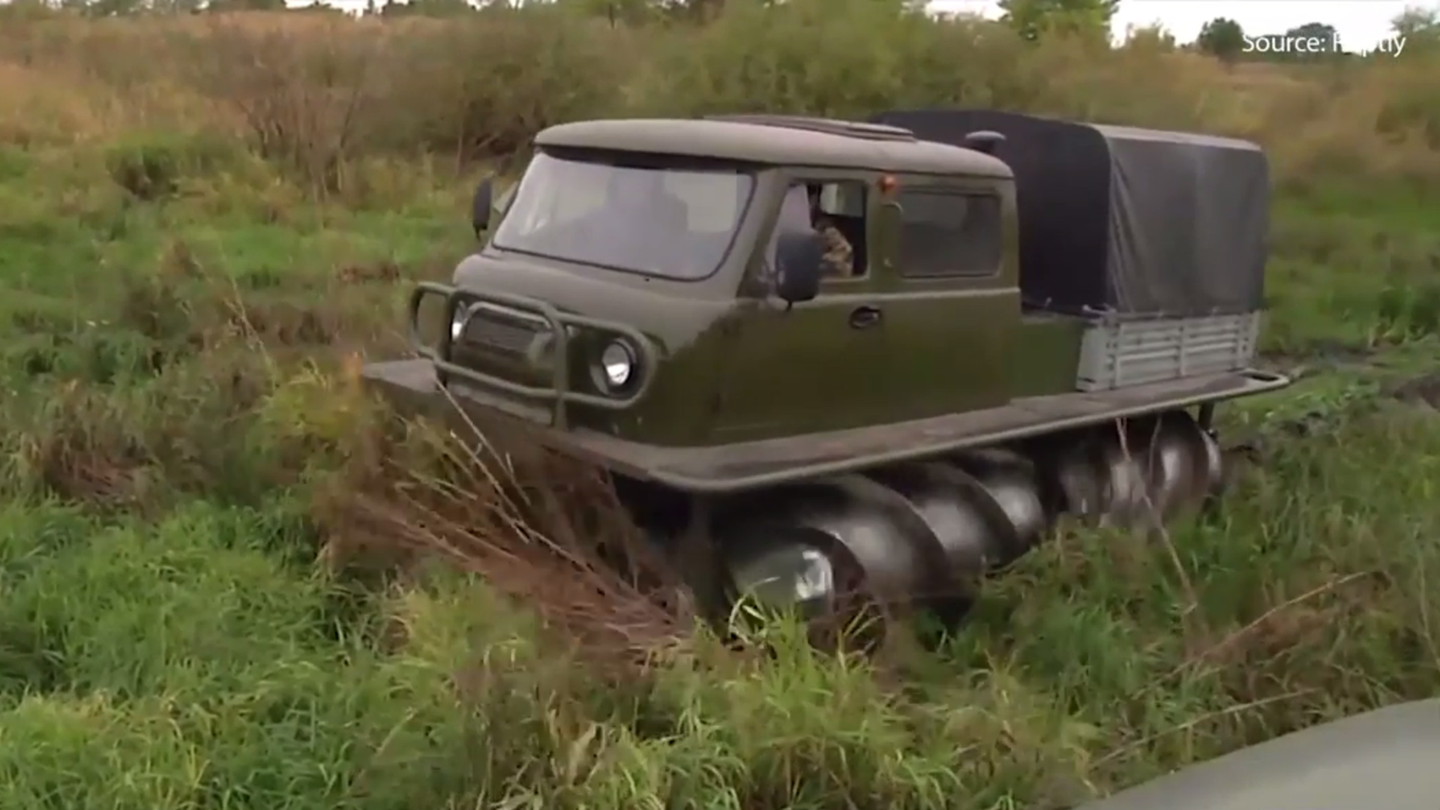 Think of the weirdest off-roader you can imagine. Chances are it still falls a little short of this magnificent screw-driven van thing originally built by the Soviet military in the 1970s and recently restored by a team of Russian engineers. Feast your eyes on the new test footage: It slices, it dices, it even floats on water. Why did they stop making these again?

The idea of a screw-propelled agricultural vehicle has been kicked around since the dawn of the 20th century, but it wasn't until World War II that people thought to try and build an all-terrain tank around the concept. The resulting prototypes—one from British inventor Geoffrey Pyke, the other from German soldier Johannes Raedel—were both exceedingly capable off-road and exceedingly terrible on-road. Oh, and incredibly slow. Tracked vehicles continued to dominate both sides of the conflict.

In the 1960s, the screw-driven concept was revived by Chrysler as they endeavored to build a new kind of military transport vehicle suitable for the swamps and jungles of Vietnam. But their two attempts, the Marsh Screw Amphibian and the Riverine Utility Craft, suffered from the same drawbacks as the models from twenty years prior. Namely, a laughably low top speed—while the RUC could plow through feet-deep muck at almost 30 mph, it was limited to just 4 mph on solid ground.

But just as the U.S. Army took a hard pass, the Soviets tackled the idea with their usual bombast and developed the nigh-unstoppable ZIL-2906, a twin-screw transporter design to retrieve cosmonauts who landed in remote, swampy areas of Siberia. Meanwhile, a Dutchman named Joseph Jean de Bakker came up with a civilian design called the amphirol that's been adapted and is still in use in the mining industry today.

As for today's subject: the ZVM-2901 was reportedly built by the Soviet military in the 1970s, fusing what appears to be the cab from a UAZ-452 van with a now-familiar screw-driven base. It's powered by a 159 horsepower engine, and the whole package moves based on the same principles behind the Archimedes Screw. The hollow tubes also allow it to float easily on water. The video shows a successful test of all its capabilities in a swampy area outside Nizhny Novgorod last week.

Alexei Anikin, the director of the ZVM plant where the vehicle was restored, told The Sun he was "proud" that his team was able to bring a piece of their country's history back to life, and they're eager to see if there's finally a market out there for their screw-propelled oddball.