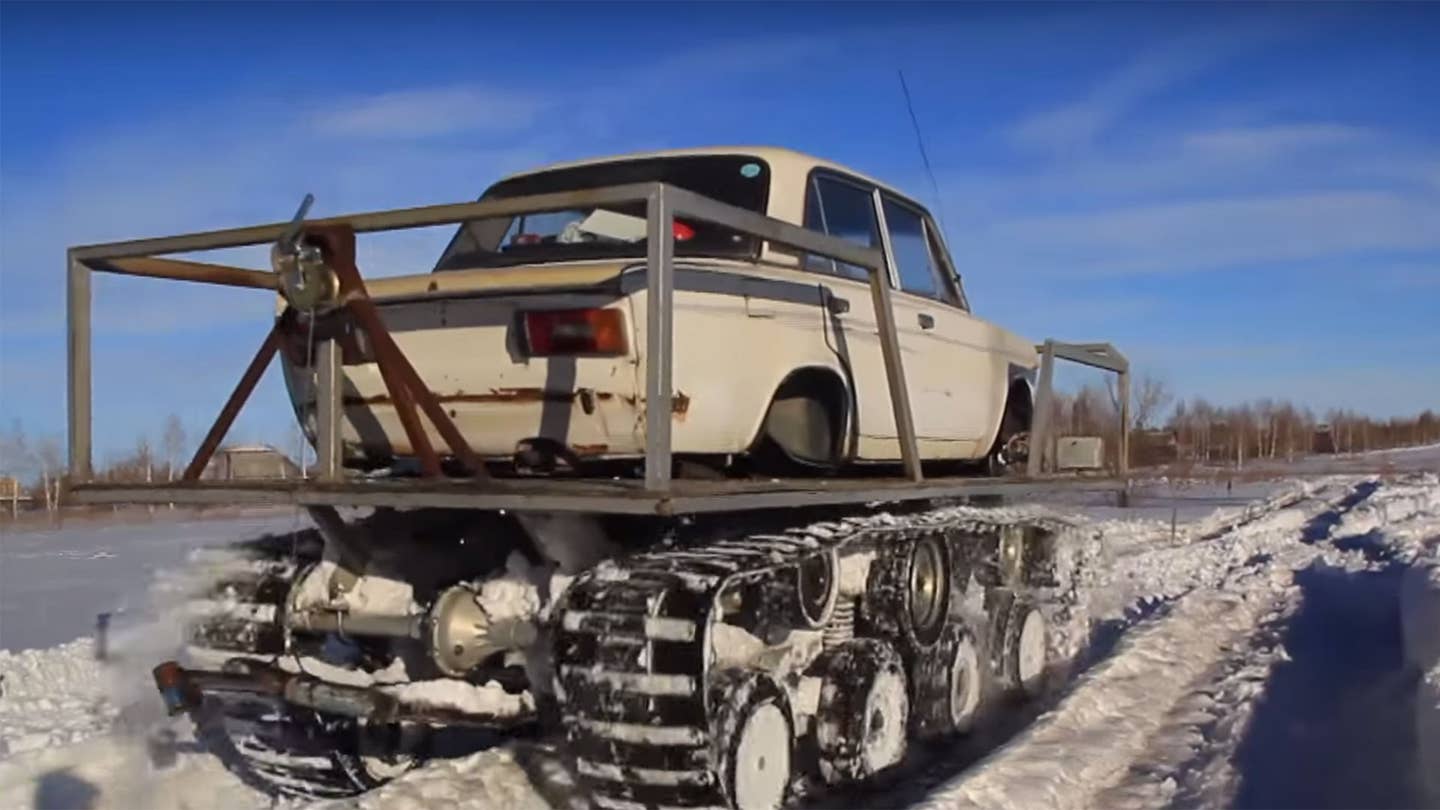 If necessity is the mother of invention, than boredom is its father—and few things are more boring than a long, cold, and snowy winter. And the winters the Ural region of Russia must be longer, colder, and snowier than most, because you’d have to be reaching new heights of boredom to build yourself a winter beater on the level of Pavel Shavrin’s off-road Lada.

Shavrin, who is reportedly (and unsurprisingly) an engineer, spent six months converting his ancient Soviet-era wheeled workhorse into a tracked terror capable of plowing through the snowdrifts. But he didn’t pull a Nissan Canada and just slap some treads into the wheel wells. No, he mounted the entire damn car on top of a set of tracks that look like they were pulled straight off a T-54 tank. It’s kind of like the Land Rover LR4’s unibody-atop-a-ladder frame chassis, only infinitely more awesome.

Craziest part? The transformation cost a mere $1,300. Which, if true, means you can wander into a building in the Urals and order up a set of tank treads for the cost of a gold-colored Macbook.

Between Shavrin’s tank-tracked Lada (which he calls the “Wolverine”) and Aleksei Garagashian’s compact, aquatic Sherp, it seems Russia has entered an outlandish off-road vehicle renaissance. Then again, if you lived in a country filled with this many erratic G-Wagen drivers, you’d probably be inventing new ways to avoid the streets, too.