Hand-worked sheet metal makes for a tasty twist on the 996 design. 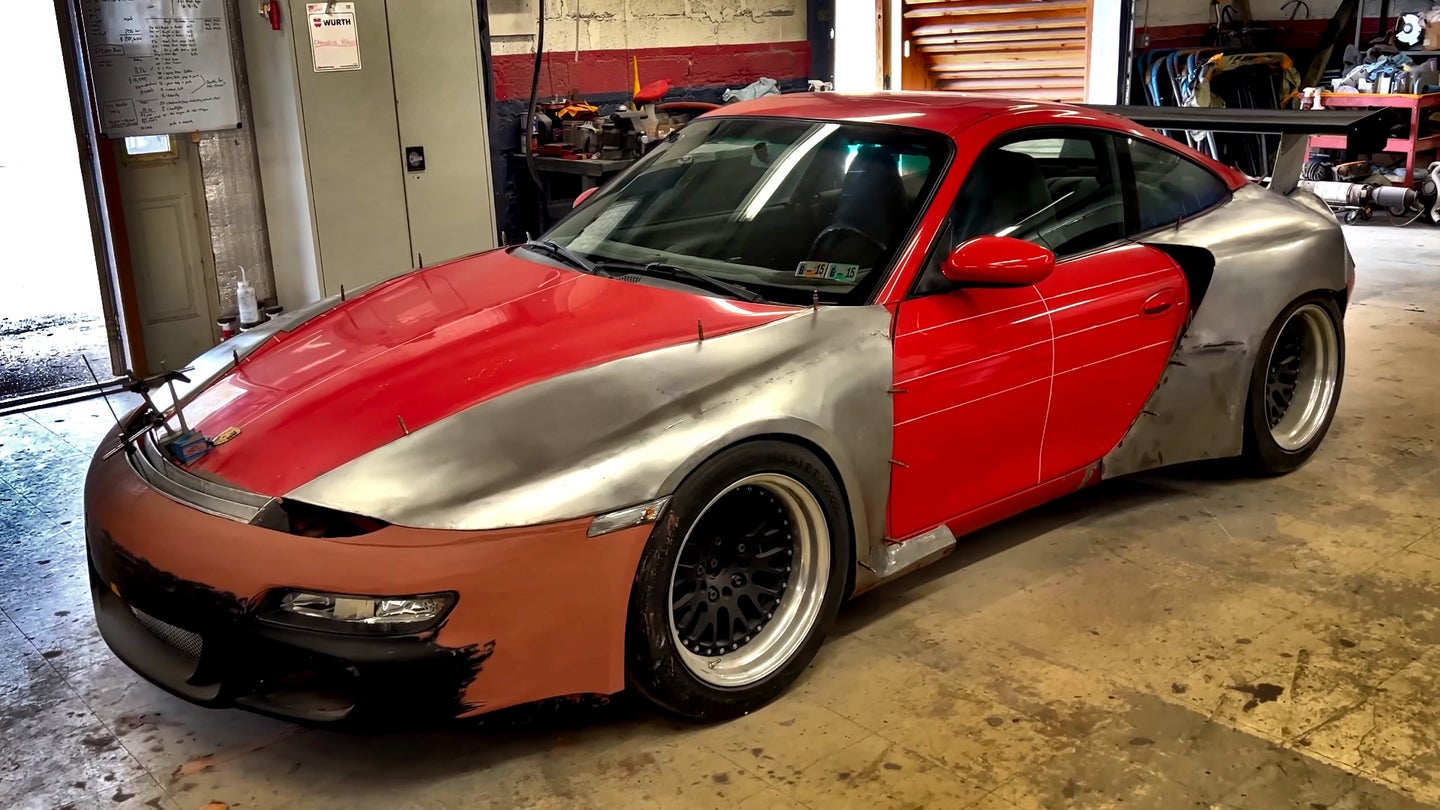 The Porsche 911 "Slantnose," or "flachbau" in German, is a polarizing model in the famous sportscar's history, loved for its sleek lines or hated for abandoning the 911's classic round headlamps. YouTubers Crucible Coachworks have long been a fan of the design, and set about recreating the concept on a 996-model Porsche 911.

As seen on YouTube, the build started with a 1999 Porsche 911 of the 996 model, the first water-cooled 911 ever made. The idea was to build a car along the lines of what Porsche would have done if they built a special-edition slantnose 911 in between the 996 and 997 generations.

The original "Slantnose" design stemmed from the Porsche 935 race car of the 1970s. After studying the FIA's rulebook for Group 5 cars, Porsche engineers realized they could remove the bulbous headlights and flatten the fenders to reduce draw and increase downforce. The design later reached roadgoing Porsches in the form of the 930 model 911, using pop-up headlights while retaining the characteristic fender vents that helped add downforce in racing trim.

The design pursued by Crucible Coachworks in some ways resembles the 935 racecar more than the road-going version, and it's also inspired by some styling aspects of the Porsche GT1. Naturally, it's got the chopped fender tops like the original slantnose, with the typical 996 "runny egg" headlights removed. It also gets the classic louvers in the front fenders.

Other touches up front include a 997 GT3 front bumper molded into the body, along with a center vent in the hood. Pop-up headlights aren't used here; instead, low-profile LEDs are charged with lighting the way forward at night. The design was roughed out using clay, and then a wire form buck was created from there to allow the panels to be formed out of hand-shaped steel.

At the rear, the 996 is treated to wide rear fenders and GT1-inspired air scoops just behind the doors. There's also a giant GT3 wing fitted out back, too.

As for anyone else keen to commission their own slantnose 996, Crucible Coachworks notes that a wide variety of engine options are available for the platform. The build seen here is likely to receive some form of Porsche propulsion, with a healthy boost to horsepower over the stock 996's original motor.

We've seen other takes on modern slantnose builds before, too. Old&New Japan drew big attention at SEMA back in 2016 when it pulled the covers off its own 997 Carrera S build.

The aim is to finish the build in time to get out to the Porsche Club of America swap meet on April 30th, before later showing off the car at Carlisle Import Nationals in May. It seems we won't have to wait much longer to see this retro throwback finished in all its glory.