Purists can rest easy knowing this creation is surely the only one of its kind. 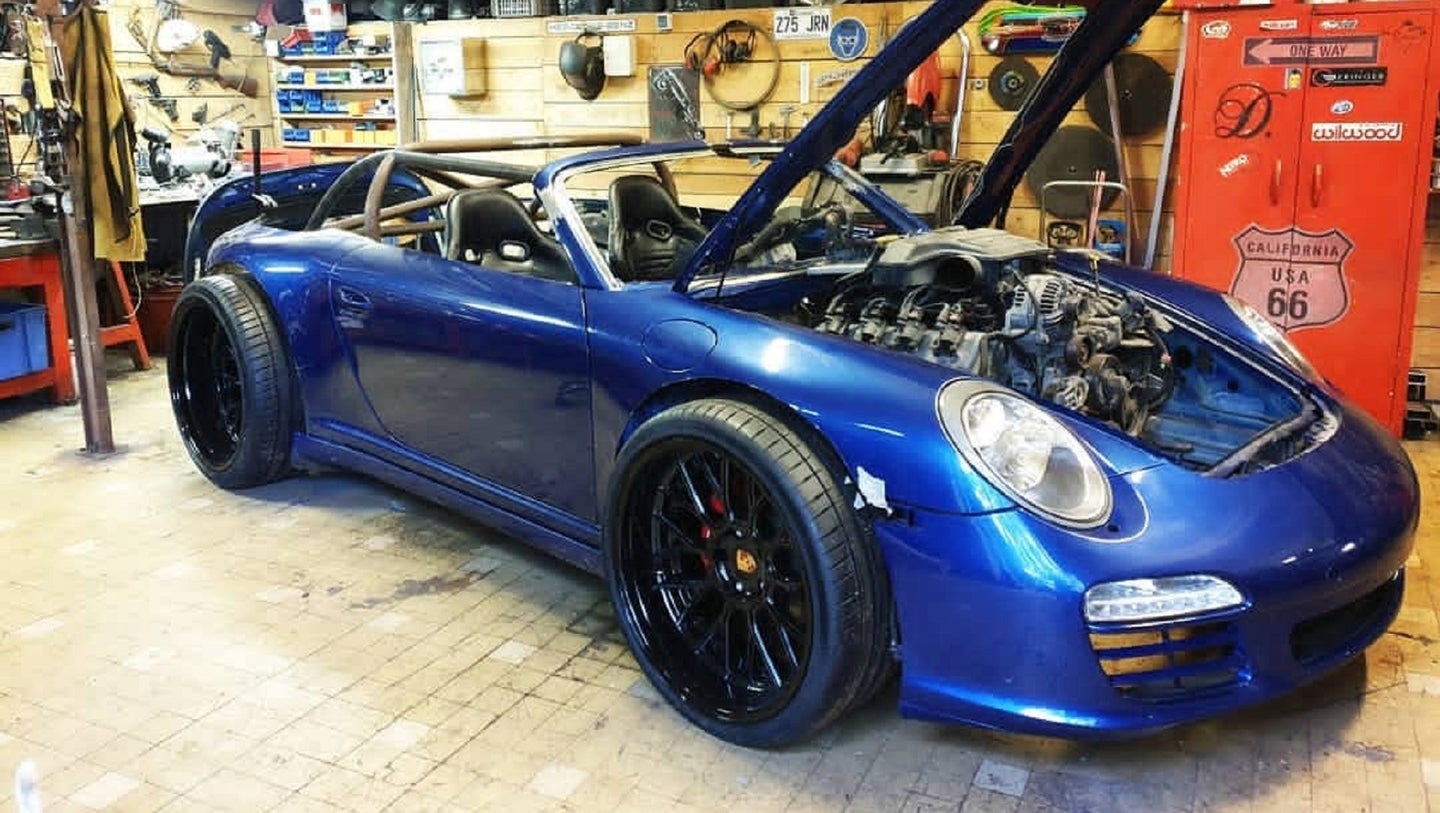 Are you the kind of person who wants Porsche styling but disagrees with the company's rear-engine favoritism? "Say no more," as the youths would reply because one French tuning house has taken it upon itself to stick a Hemi V8 in the front of a 997-generation Porsche 911.

Cooked up by Danton Arts Kustoms located in Vanosc, France, this blue drop-top ditches its rear-mounted flat-six for a massive Dodge eight-cylinder sitting where a normal 911 driver's luggage usually goes. Unsurprisingly, most of the former frunk lid (it's a hood now, we guess) had to be cut away to make room for all that motor. How do you say "no replacement for displacement" in French?

In lieu of a folding soft top, this German-American half-breed is currently fitted with an unpainted roll cage. Very Mad Max-esque.

As you can imagine, reception among Instagram's commentariat has been polarizing, with some applauding the audacity of such a build and others deeming it an act of blasphemy. "You're insane and I love it," reads one comment. "This bangs," says another. Meanwhile, another commenter begs Danton Arts to "Stop this right now, this is so pointless" while another detractor eloquently leaves the simple message, "f*ck you."

Over its 88-year history, the 928 remains Porsche's only production model to marry a front-mounted V8 to a two-door body. That car hasn't been built since 1995. If Porsche ever comes out with a literal or spiritual successor (Panamera Coupe, anybody?) don't expect it to get a Hemi. Well, not from the factory, anyway.

For as low as fifty thousand dollars, you can pick up a great 997.1 generation 911 Turbo