The vessel is finally accessible after burning for more than a week. 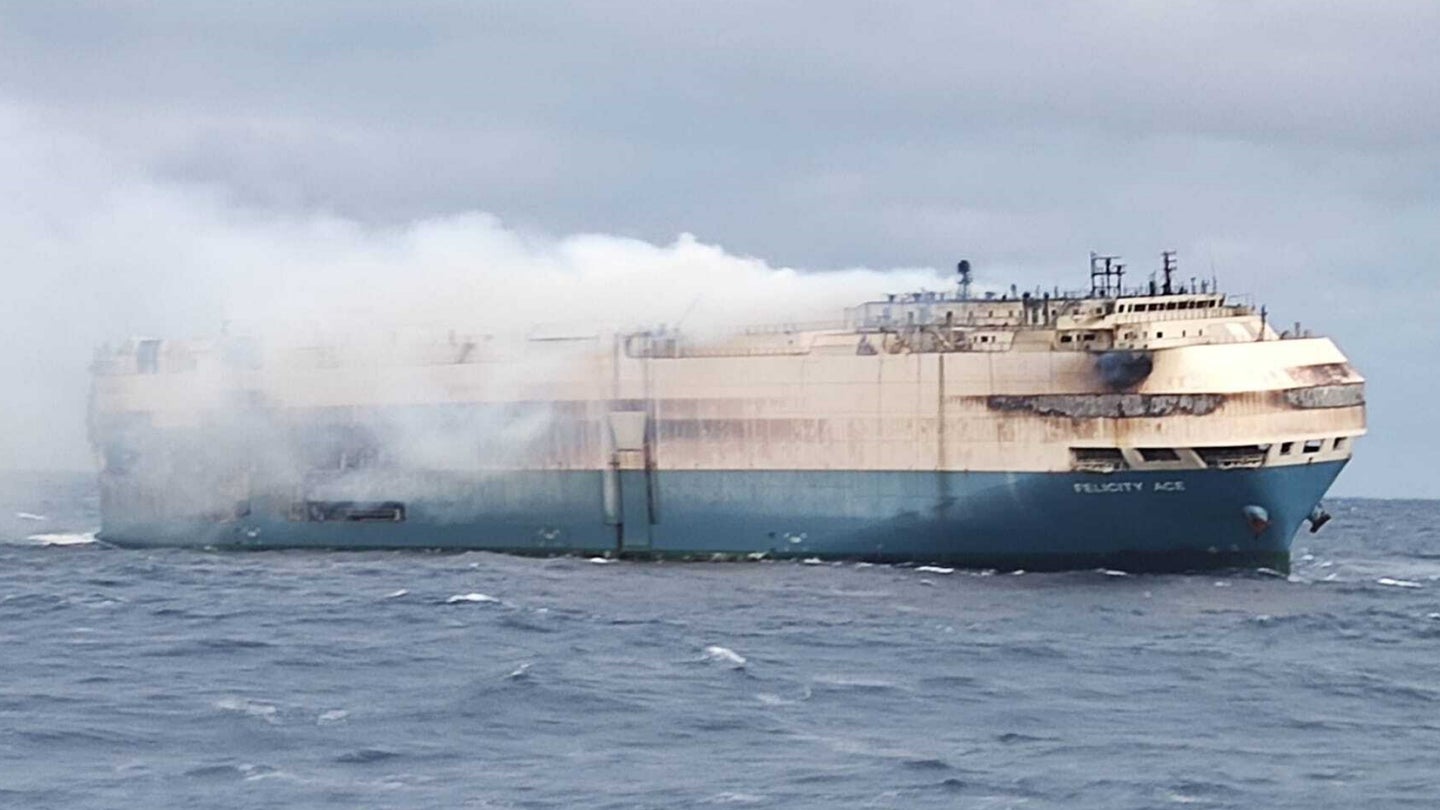 The fire that engulfed the cargo ship Felicity Ace, which was packed with thousands of cars from the Volkswagen Group, has finally been put out after spending more than one week alight. Needless to say, the fire was bad news for every automaker with vehicles onboard, but now with the smoldering over, the ship is being towed away from the Azores, as Reuters reports.

The ship—which is stable, according to its operator Mitsui O.S.K. Lines Ltd—has begun its journey to a "safe area" away from the islands. Which port it eventually ends up at will either be somewhere in Europe or the Bahamas—the exact destination hasn't been stated. A timeline for arriving at this mystery port is also unclear, so as far as photos of the burned interior go, those are probably several days away.

Those photos, when they do arrive, will likely show hundreds of vehicles—most of them Porsches—burned to a crisp. There are 1,100 cars from the Stuttgart automaker on board, as well as 189 Bentleys, some of the last Lamborghini Aventadors, and a smattering of cars from other makes as well. There are a total of 3,965 VW Group vehicles on board. Some estimates say three-quarters of them will be written off.

Authorities explain previous attempts to board the vessel in order to assess its condition were not successful due to the ongoing blaze and choppy seas. Now, though, thanks to a team inserted via helicopter, the salvage of the ship and its contents is in its early stages. The ship is being escorted by two tugs and a firefighting vessel.

As far as pollution goes, no fuel or oil has leaked into the ocean; however, potentially thousands of cars burning, including electric cars, undoubtedly released a massive plume of toxic smoke. Port officials have said the lithium-ion batteries in the electric vehicles prolonged the fire onboard. In any case, though, it's now been extinguished, and we'll have to wait and see what's left of the ship's contents. The cause of the fire is still unknown.

Lamborghini’s V12 supercar is going out of production this year, but some of the last units might’ve just burned to a crisp in the Felicity Ace fire.