Most were allegedly from Kia, with “other global automakers” represented. 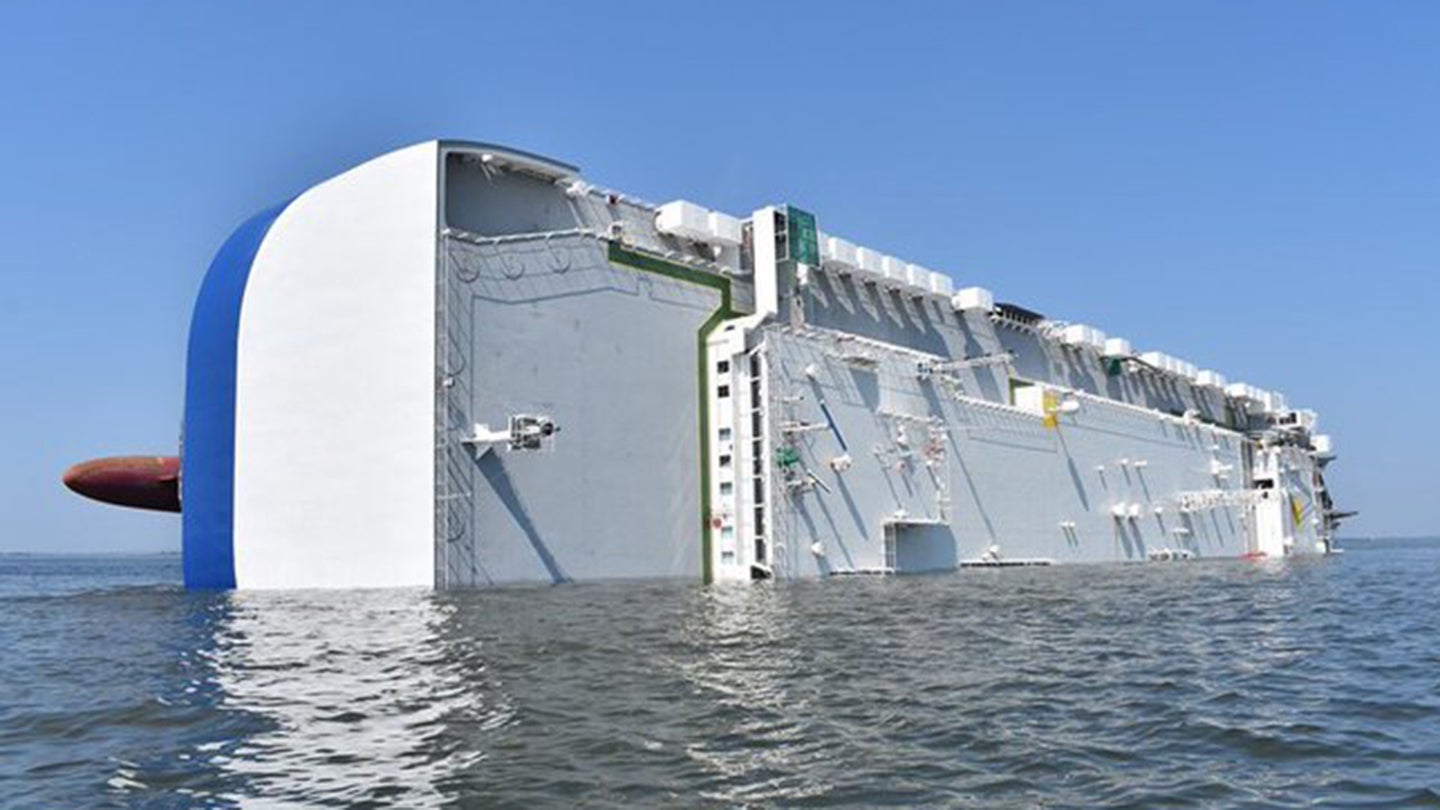 A South Korean cargo ship hauling over 4,000 U.S.-made cars capsized off the coast of Georgia on Sunday, prompting the U.S. Coast Guard to spring into action. The entire crew has since been rescued following an extensive search of the overturned vessel, though the condition of the cargo—consisting of thousands of Kias and vehicles from other manufacturers—is still unknown.

According to multiple reports, a total of 23 crew members were aboard the Golden Ray late Saturday night as it left Georgia's Port of Brunswick, a major hub for international shipping. The ship was en route to the Port of Baltimore to supposedly pick up more cargo before heading to the Middle East when everything went sideways. It's not clear what caused it to list initially, but it wasn't long before the massive ship completely overturned.

Nineteen crew members were able to abandon ship before the Golden Ray completely capsized, but rescue teams had to cut a hole in the side of the hull to extract the four remaining crew members trapped below deck. Complicating efforts were a number of small fires that started throughout the ship as various mechanical systems began to fail from the stress of the capsizing.

It wasn’t clear as to how many automakers lost inventory from the incident, but Hyundai told The Drive that no "Hyundai-branded vehicles" were on board; reading between the lines, it suggests a whole lot of Kias are headed to the crusher. (Even if the cars are properly secured, it would be impossible for Kia to sell them after they've been hung on their sides for days.) We've reached out to Kia for more information and have yet to hear back.

It's been a rough year for car carriers on the high seas. In January, five mariners were killed and Nissan lost around 3,500 cars when the Sincerity Ace caught fire in a remote corner of the Pacific Ocean. And in March, Porsche was forced to restart production of the last-generation 911 GT2 RS after four of the hyper-limited-edition cars went down with the Grande America off the coast of France. No one was injured in the incident.