The 130-foot boat was being transported by boat so it could compete in a boat race elsewhere on the planet. Because first world problems. 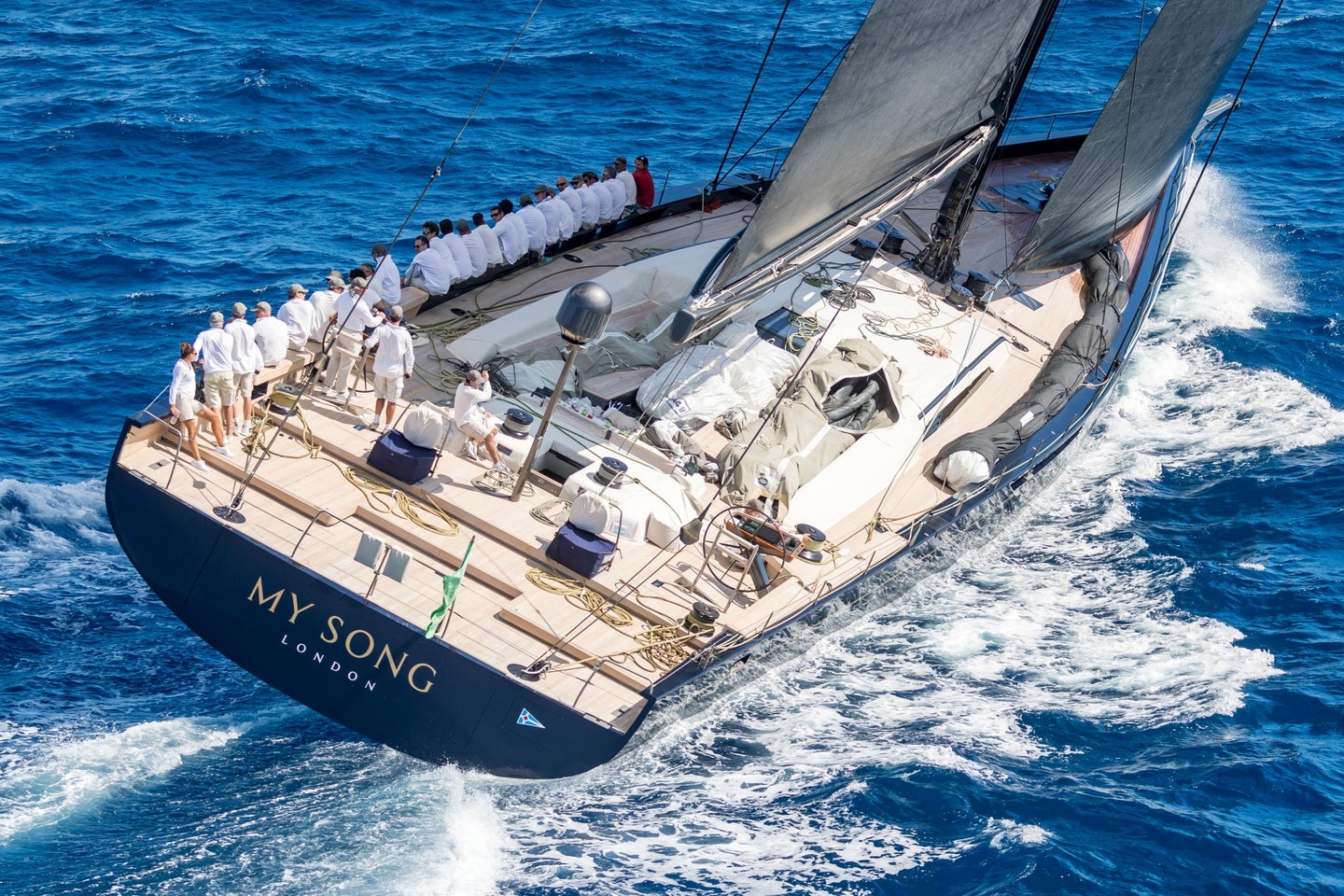 We’ve all heard of the unfortunate story of someone losing their car or motorcycle in a freak accident, but what about losing a $38-million megayacht? Various international news outlets report that a 130-foot sailing yacht named MY Song was recently lost in the Mediterranean Sea after falling off a cargo ship while in transport.

You’d think that a boat that fell off another boat would just land in the water and float after suffering some minor damage, right? Unfortunately, this was not the case. According to reports, MY Song fell off its transport freighter and plunged into the Mediterranean after being hit by an unexpected severe storm. Thankfully, it didn’t sink all the way to the bottom, but it did sustain significant damage. Recent reports claim the yacht was last spotted drifting about 40 miles north of the island of Menorca with nearly half of its hull submerged under water.

The boat is owned by Italian billionaire Pier Luigi Loro Piana, and it was on its way to the Loro Piana Superyacht Regatta in Porto Cervo in Sardinia, Italy. It was supposedly being transported on a massive freighter after spending some time sailing around North America.

Pier Luigi is the grandson of Pietro Loro Piana, the founder of an ultra high-end clothing company. Forbes last reported Loro Piana’s net worth at around $1.6 billion.

MY Song’s construction completed in 2016 and in the following year, it won the 2017 World Superyacht Award for the “Best Sailing Yacht” in its class and size. It also set a speed record while participating in the RORC Transatlantic Race, a 3,000 nautical mile journey from the Canary Islands to Grenada. The boat beat the previous record by nearly 1 hour and 20 minutes. Its mast is over 56 meters tall and the boat was capable of speeds of up to 30 knots.

"We were informed of the loss of a yacht from the deck of the MV Brattinsborg at approximately 0400hr LT on 26th May 2019. The yacht is sailing yacht My Song," said David Holley in an official statement, the chief executive of the logistics company responsible for transporting MY Song. "Upon receipt of the news Peters & May instructed the captain of the MV Brattinsborg to attempt salvage whilst third-party salvors were appointed."