This 230-Foot Yacht Can Do 30 Knots, Has Its Own Waterfall

A high-speed oceangoing paradise for the man with nearly unlimited wealth. 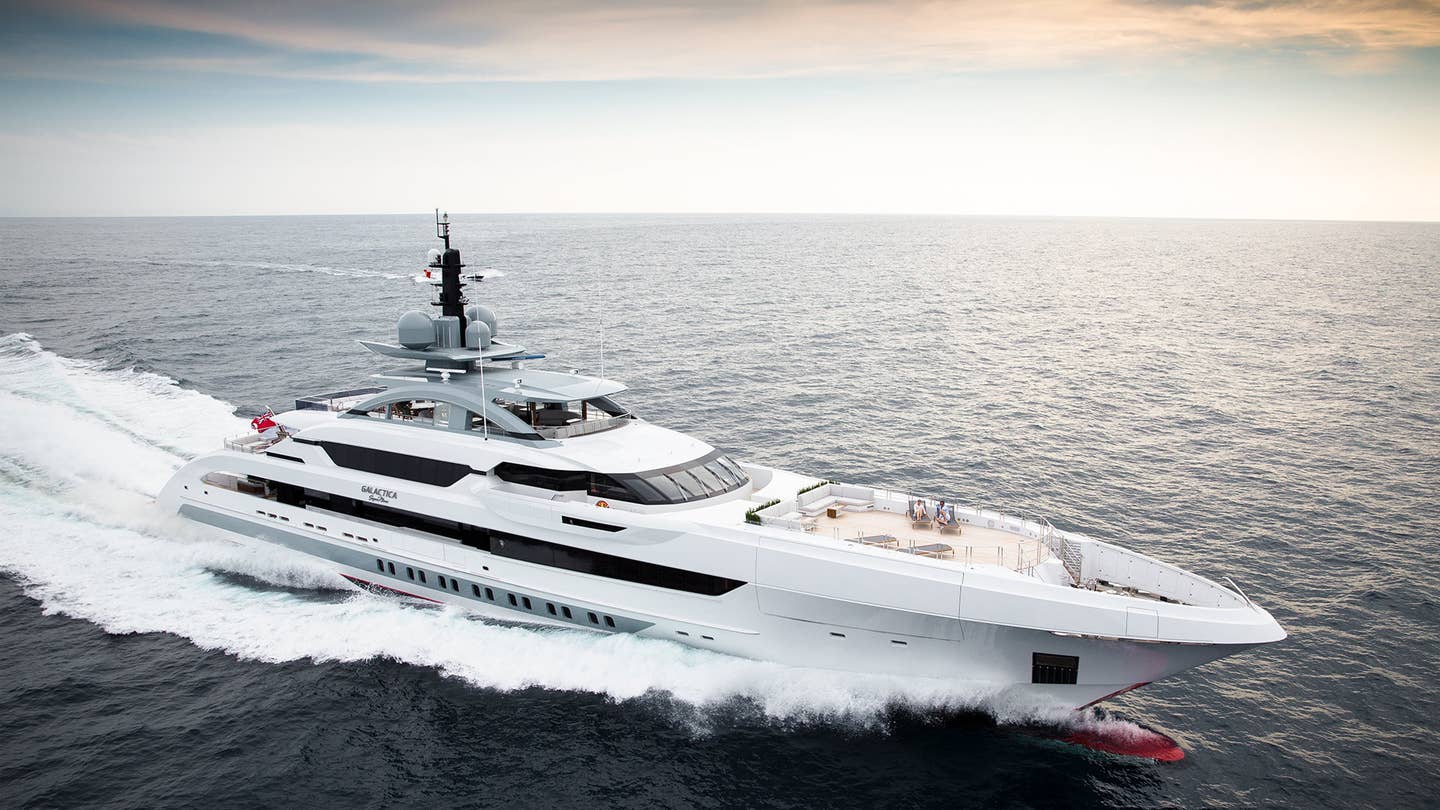 If you're traveling the ocean blue, chances are you wouldn't mind doing it a 230-foot super-yacht filled with countless amenities. That boat—the Heesen Galactica Super Nova— was dropped off with its owner just a few months ago, and we can't stop thinking about how damn lucky (and loaded) he must be.

The Galactica Super Nova is the largest super-yacht Swedish boat-maker Heesen has ever constructed. she's incredibly quick for her size, capable of reaching speeds of more than 30 knots on the open sea thanks to a combination of propellers and a Rolls Royce booster jet drive. When traveling at a more reasonable cruising speed of 12 knots, the super-yacht is good for traveling a full 4,000 nautical miles—enough to travel from New York City to Copenhagen with plenty of range to spare.

Though the boat was purchased in 2013, it took 41 months to build and hand off the ultra-luxurious custom ocean cruiser to its owner. Part of the customer's custom order required the yacht to be equipped with an enormous swimming pool, while still being capable of reaching 30 knots on the open sea.

To keep you preoccupied while crossing thousands of nautical miles of ocean, there's an elevator, a waterfall, an outdoor movie theatre, and an onboard "beach club," whatever that means. (Sounds like a good place to kick back with some cocktails to us, but we've never been on a yacht like this.)

Galactica Super Nova was built to carry 12 guests in six staterooms, including a master suite on the main deck and a VIP cabin area. That way, you can bring plenty of you not-quite-as-insanely-rich buddies and show them how life is truly meant to be lived.

This is one hell of a boat.