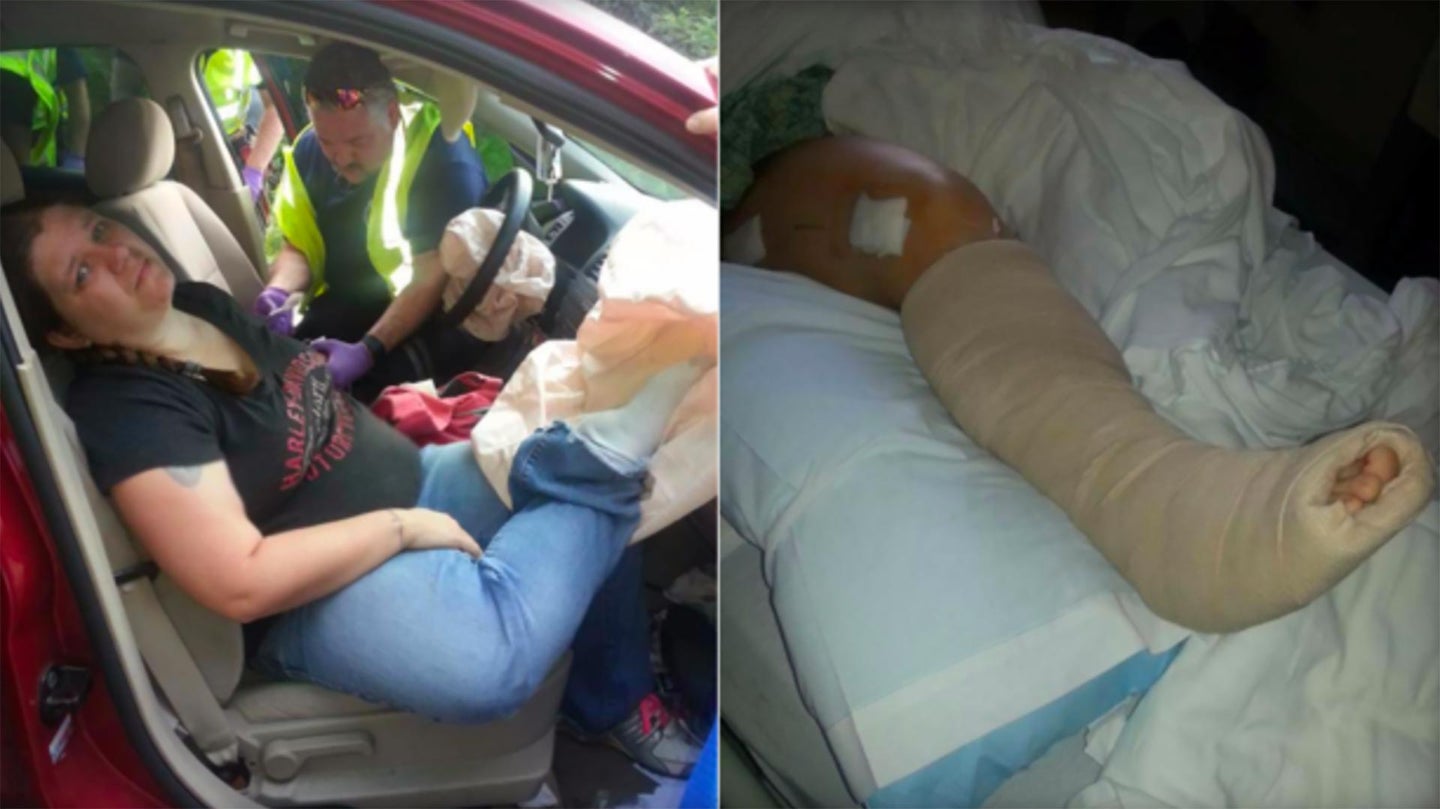 We all know the general positioning one should place their body in while driving a car, but for some reason, we let that all fly out the window when riding shotgun. With a false sense of security, we compromise a car's carefully-designed safety system by throwing our legs on the dash, sitting sideways, or leaning so far back you appear to be napping.

Unfortunately, that life of seating ignorance caught up with Audra Tatum, a mother of three from Walker County, Georgia. According to CBS News, on August 5th, 2015, Tatum was driving with her husband to pick up their kids when a car cut in front of them, causing them to get into a T-bone accident. The airbags deployed on both cars and all the occupants walked away with just scratches and bruises...except for Tatum. She was left with a broken nose, ankle, arm, and femur, all because she had her legs crossed and on the dash.

When the accident occurred, the airbag's force violently threw her right leg towards her face, causing the thigh and ankle to bend and snap. The compound femur fraction and broken ankle meant she had to be carefully extricated from her Ford Fusion. (Tatum had reportedly been warned by her husband that this could be the end result of her habits, but she didn't heed his warnings.)

Two years later, and Tatum is still struggling to handle everyday tasks and was unable to return to work, according to CBS. She is now dedicating the majority of her time to remind people how they should sit in a car.