Tesla Wants To Make Steam Games Playable In Its Cars

The company is looking to move away from specific individual game releases to a more open model. 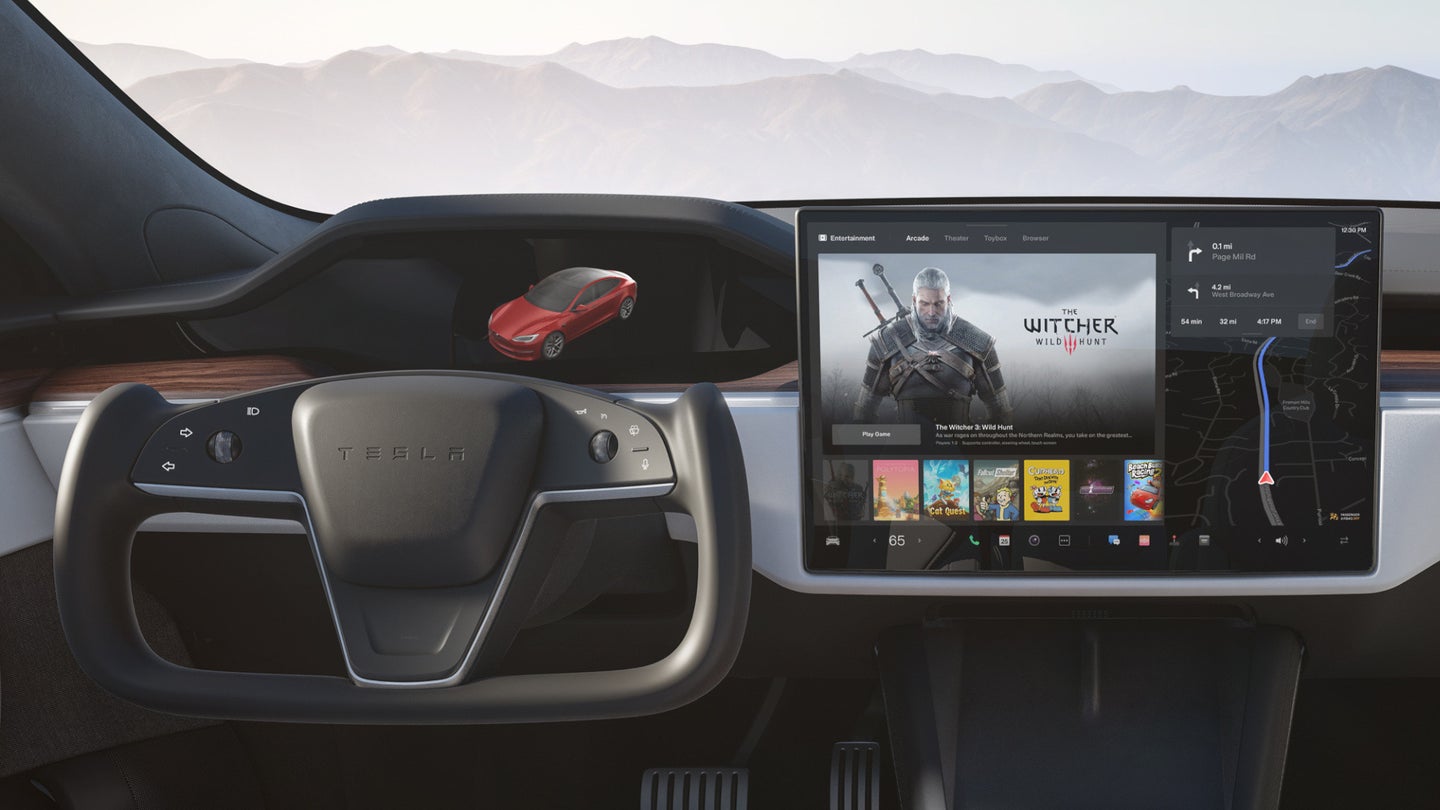 Tesla pushed hard in the infotainment space with the Model S so many years ago, putting what was then considered a huge screen in the center of the dash. The company has offered upgrades for select vehicles now and then, bringing them up to a higher level of performance, and a handful of video games have been made available over the years. Elon Musk, Tesla CEO, recently mentioned on Twitter that the company is now working on bringing the broad library of games on Steam to its vehicles.

The news comes as part of a Twitter conversation in which Musk responded to gaming journalist Ryan McCaffrey asking if Cyberpunk was coming to the Model S and Model X in the future. Musk indicated that the company is aiming to move away from porting individual titles to the car's infotainment system, instead hoping to enable users to play a broader selection of games from the Steam platform in future.

While earlier versions of Tesla's infotainment system ran on Intel Atom CPUs, the company has been making a shift towards using AMD's Ryzen chipsets in its vehicles to provide a higher-performance offering. Details are scarce, but testing shows the new AMD-based hardware to be up to 3-4 times faster when executing regular tasks on the touchscreen. Tesla claims the new hardware has performance on par with a Playstation 5, which would be necessary if the company is to offer graphically-intensive AAA games in its vehicles in future.

Tesla's infotainment systems run on a customized Linux OS, and rely on CPU architectures familiar to the desktop PC space. Thus, getting a broad swathe of games on Steam working should certainly be possible. Tesla's aim is likely to enable many Steam games to run without requiring developers to specifically port them or make modifications to allow them to run on its own hardware.

Musk also went as far as confirming that the Cybertruck will eventually feature Cyberpunk 2077 in response to a further question. Cybertruck deliveries are expected to begin in 2023.

Gaming in Teslas remains popular with owners, often providing something to do while waiting for the car to charge at a public charger. Even if the NHTSA has clamped down on gaming while moving, it's clear that the company still sees value in its unique gaming offerings to be investing further.

Touchscreens are getting bigger and many seem to be shifting to vertical orientation. GM has practical reasons to avoid the trend.