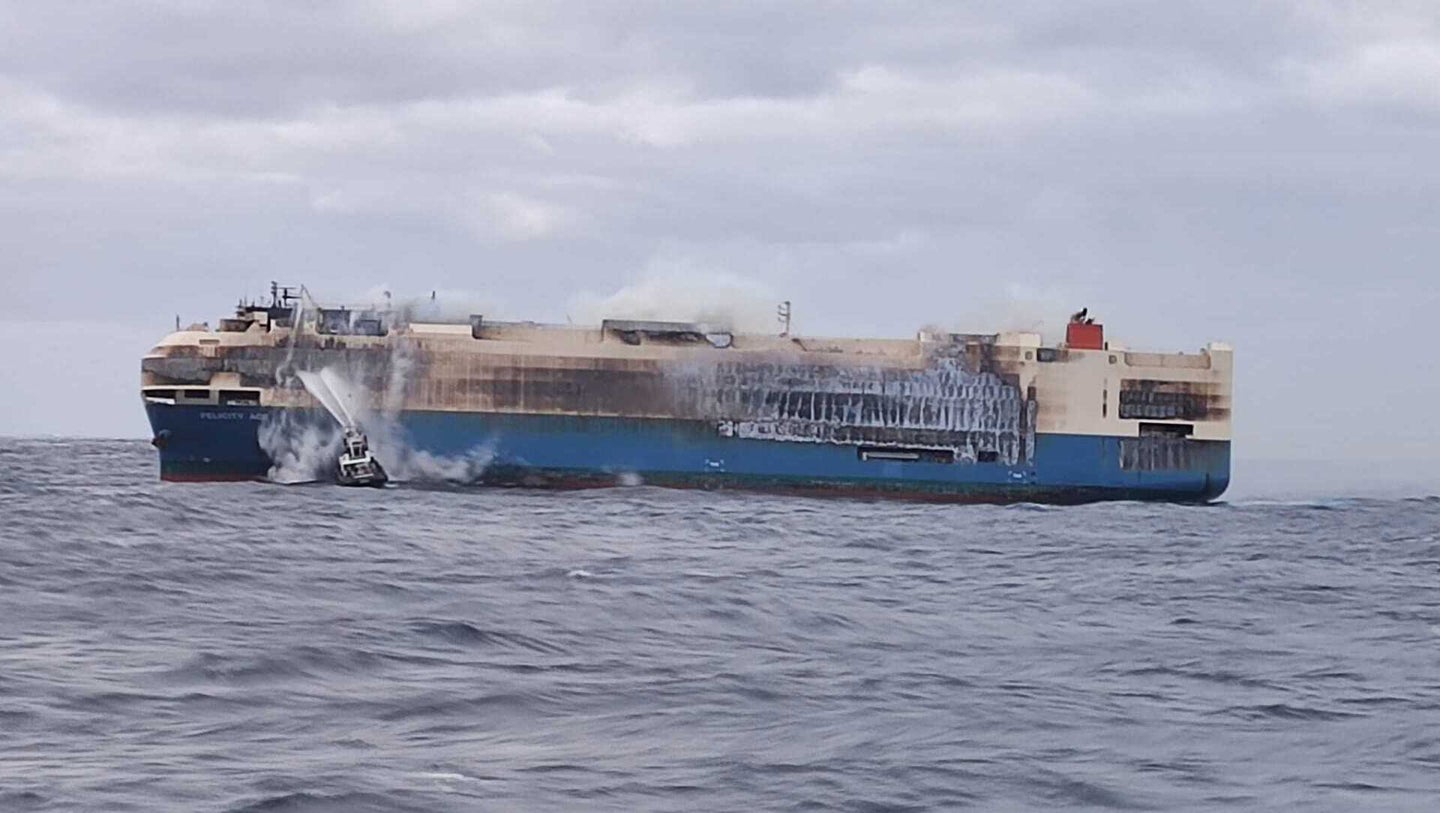 Five days after the Felicity Ace started burning, it looks like the VW Group's nightmare shipping saga is finally starting to come to an end.

On Wednesday, a cargo ship carrying close to 4,000 new Volkswagen Group vehicles went up in flames in the Atlantic Ocean, but the fire is now reportedly starting to die down... simply because there isn't much left for the flames to burn. Via Automotive News, captain João Mendes Cabeças told press, "The fire has subsided in recent hours" because "there is little combustible material left to burn."

Cabeças previously stated that EV lithium-ion batteries were "keeping the fire alive," that the fire was spreading closer to the Felicity Ace's fuel tanks, and that putting said fire out would require specialist equipment. The report specifically calls out the presence of Volkswagen ID.4s but I wouldn't be surprised to find a fair number of Porsche Taycans and Audi E-Trons in there as well. And as we all learned from that one time Richard Hammond flung a Rimac down that Swiss hill, electric car batteries are notorious for being very good at keeping a fire going.

According to an internal VW email quoted by Bloomberg, there are precisely 3,965 cars on board. Per various company spokespeople, 189 of those happen to be Bentleys, approximately 1,100 are Porsches (including a Boxster Spyder earmarked for one Matt Farah), and the remainder is an unspecified number of Audis, VWs, and likely Lamborghinis.

Economist Patrick Anderson, who previously estimated losses to be around $255 million not accounting for salvage costs or downstream dealership losses, now tells Automotive News that his estimate has now risen to $282 million. This is apparently assuming three-quarters of all cars onboard will be written off and a cumulative value of $376,675,000—or an average of $95,000 wholesale value per car. Anderson's estimate also does not account for environmental costs, the ship itself, lost crew wages, or the cost of the rescue.

After Felicity Ace caught fire off the coast of Portugal last Wednesday, all 22 crew members were evacuated successfully that same day. Last we heard, three towboats from Gibraltar and the Netherlands are scheduled to arrive at Felicity Ace's location this Wednesday. The cargo ship will be towed to either the Bahamas or European waters.

The Race Is on to Save Burning Cargo Ship Full of Porsches, Bentleys, Audis and VWs

Nearly 4,000 vehicles are on board as the fire consumes the ship—and the electric cars it’s carrying pose an extra danger for firefighters.